Home/Features/Features/PH Investigates: Trouble At The 'Ring

PH Investigates: Trouble At The 'Ring

Has the Nürburgring as we know (and love) it become a lost cause? 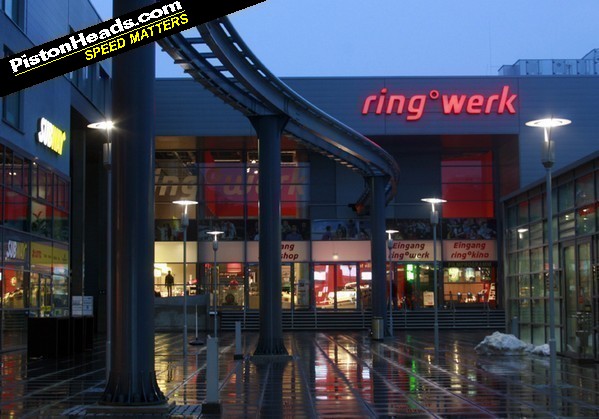 A giant screen blasts out images of motor-racing and high-octane excitement but there's nobody watching. Bored shop staff count the seconds until closing time, the fronts of fancy boutiques framed by tracks of an inoperative roller-coaster. Welcome to the Nürburgring, 2011. 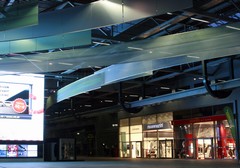 Later the same day the legendary Pistenklause down the road in Nürburg itself is doing a roaring trade, boisterous beer-fuelled conversation echoing off walls and ceilings covered in photos, artefacts and autographs of 'ringers and racers past and present.

Back at the Ringwerk, or NüroDisney as critics refer to it, the cynically Fangio-branded El Chuco steakhouse is empty, one of the adjacent hotels deserted, the other, a four-star luxury edifice complete with casino, resorting to hawking rooms that should rake in hundreds of Euros for just €77 a pop.

OK, it's off-season and the track is shut but the whole point of redeveloping the place was to attract new people over and above the 'ring regulars. But they're not coming. And the place is now hundreds of millions of Euros in debt and fans are so worried they've set up a Save The Ring campaign, complete with Facebook page and merchandise. 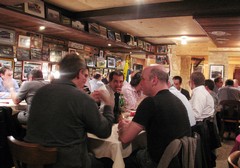 So how did we get here? Brace yourself, this gets complicated! The basic facts though. The Nürburgring is publicly owned by the state of Rheinland-Pflaz and the facilities until recently run by Nürburgring GmbH on behalf of the state.

Former CEO Walter Kafitz wanted more. He wanted, to quote a local we spoke with, "a castle in the sky" to out-do the real one down the road in Nürburg.

In 2004 he and the chairman of the 'ring's supervisory board Ingolf Deubel - also local minister of finance - confirmed an ambitious development plan to boost tourist numbers. Bold promises of two million visitors a year and a total of €219m of investment were proclaimed, building work starting in 2007. But according to the locals it's as if a giant, Nürburgring-branded spacecraft has landed on the track, intent on sucking in every last Euro that comes into the region. 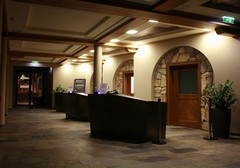 Linder hotel - lights on, anyone home?

By May 2010 Kafitz and Deubel were gone and in their place a partnership between hotel owner Jörg Lindner and investor Kai Richter - two of the key players in the controversial redevelopment programme - took out the lease to run the whole shebang from the local government as Nürburgring Automotive. A local government bailing out a project whose claimed visitor numbers had been exaggerated, whose costs had spiralled, whose investors turned out to be non-existent and whose vision was flawed.

Who's paying? PHers who, like thousands of others, pump in laps of the world's greatest racetrack at a rate of €24 a pop. Manufacturers, who fight it out for 'fastest round the 'ring' bragging rights. And local taxpayers, many now finding their livelihoods threatened by the same monolithic complex that is sucking their local government dry to the tune of €350m and counting. No wonder they're angry. 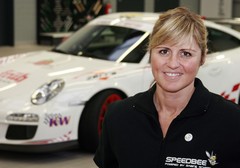 "They are destroying everything," says local legend and Save The Ring figurehead Sabine Schmitz. "Everything we build up in 80 years they destroy in one year."

"We are scared," agrees Sabine's sister Susanne, the family's fortunes inextricably linked with the Nürburgring through racing and the Am Tiergarten hotel - a favourite of visiting 'ringers, racers and industry faces alike.

Nürburgring Automotive's control over access to the circuit as well as the resort's hotels and restaurants mean discounted rooms and meals can be bundled in with lap tickets for the Nordschleife. The Ringcard payment system for all the resort's facilities means control over all the money spent on site. Good for consumers short-term, bad for local businesses long-term.

Event organisers and local hoteliers also allege the Nürburgring demands event organisers place guests with the resort hotels as a condition of booking the track, an accusation flatly denied by our official source. "This is absolutely not true," we're told. "All of our customers are free to choose to stay wherever they like. It is true we offer all our customers a stay at the Lindner but if they choose not to this will absolutely not have an influence on track time." 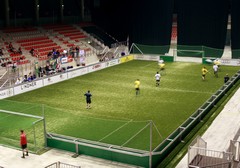 Developers want more of this...

And Nürburgring Automotive says at peak periods there still aren't enough beds in the area and new, non-motorsport events like the Fisherman's Friend Strongman Run will bring in thousands of new punters to the benefit of all.

Caught between the need to pay back the government (80% of profits and a minimum of €12m a year from 2013) and turn a profit for the leaseholders every Euro counts too.

PHers and other weekend visitors might wince at increases in lap ticket prices reaching 26% but we've got it easy compared with the manufacturers' industry pool. An attempt by the Nürburgring to hike charges by a factor of 10 for the collective's 16-week block booking earned a flat refusal to pay. As it stands negotiations are ongoing with several threatening to go elsewhere. 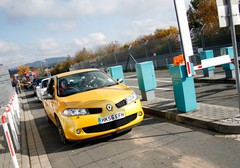 ...but claim tourist laps are safe

Were they getting it too cheaply? "Absolutely," says our Nürburgring spokesperson. "They were paying less per hour than it costs to rent the kart track ... but we're confident the industry pool will be at the Nürburgring in 2011."

Event organisers are also hurting. Take Scuderia Hanseat. This prestigious race school has been coming here since 1958 and has, over the years, included the likes of Stirling Moss among its instructors. Supercars that wouldn't dare mix with the riff-raff on public days are de-rigueur.

Exactly the sort of people you'd think Nürburgring Automotive would welcome with open arms. But even Scuderia Hanseat faces price rises and restrictions in track access that a source told us were "unacceptable" and, at the time of writing, has no dates fixed for 2011. Legal action is being considered. 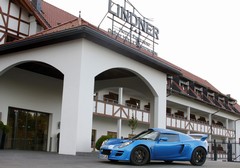 RSR is undergoing a legal battle

But if the example of Ron Simons of long-established rental and instruction outfit RSR Nürburg is anything to go by Scuderia Hanseat shouldn't get its hopes up. Annoying the new management at the Nürburgring is a risky strategy and after challenging a number of alleged infractions against circuit rules Simons fought it out in the courts, only to lose and find himself, his cars and his employees banned from the circuit. An appeal is pending.

So could Save The Ring's darkest premonitions be true and the gates to the Nordschleife be locked? The Nürburgring says absolutely not. 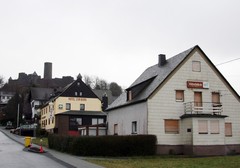 Will local businesses be driven out...

"The Nordschleife and public driving is just so important for us!" says PH's source. "We are doing everything we can to keep the Nordschleife and tourist drives alive," a ker-ching from the barriers every time they let a car out onto the circuit almost audible in the background.

Things are, quite clearly, on a bit of a knife-edge. Though if you're planning a 'ring trip this year you're unlikely to notice much change, beyond steeper prices and greater competition for your Euro among the guest houses and the Lindner complex up at the GP track.

But as the 'ring makes the transition from a uniquely charming petrolheads' paradise into a more ruthless commercial enterprise the very things that have inspired such passion among the faithful will be marginalised.

...and will we be able to afford to play?

That famous outline of the circuit, a badge of honour worn by those initiated in the Nordschleife's fearsome and uniquely challenging tarmac, has now become a piece of branding, a symbol of a new age in which the 'ring caters to those with the deepest pockets, not simply the willingness to lay it on the line for a taste of motorsport glory washed down with a frothing glass of Bitburger.

Is the Save The Ring movement alarmist? Possibly, but it at least gives something for those passionate about the Nürburgring and all it stands for (or, perhaps, stood for) to rally around.