Engine knocking at high boost levels? Time to sling some water down its throat. No, honestly... 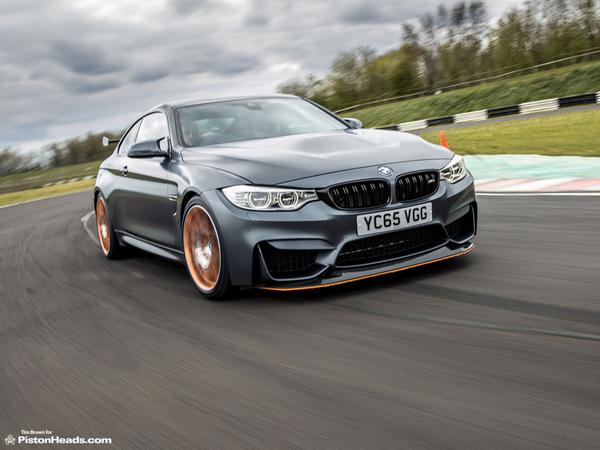 The idea of injecting an incompressible, incombustible liquid into an engine appears, upon initial consideration, like an inadvisable move. After all, those who have watched a driver tackle deep water incorrectly will be familiar with the catastrophic rod-bending consequences of an engine ingesting lots of water.

Introducing a small and controlled quantity of water into an engine's intake system, however, can result in significant benefits - primarily by reducing the chance of detonation. This process, also called 'knocking', occurs once combustion has started and when temperatures and pressures in the cylinder get too high. This can cause the remaining fuel to self-ignite and burn in a rapid, uncontrolled fashion that results in a pronounced rise in pressure.

Detonation will reduce power, as it's not an efficient means of burning the mixture, but it can also cause significant damage to the engine's components if left unchecked. Feeding water into the engine's intake manifold, however, cools the incoming charge - which lowers the temperature in the cylinder, reducing the chance of detonation. When combustion starts, the water is converted to steam - a process that absorbs energy - and this further reduces peak temperatures and the occurrence of detonation.

Water injection is, as a result, a type of 'anti-detonant injection' - with other systems using a mix of water and methanol, straight methanol or other alcohols. While water injection alone is not a process that increases power, it compensates by permitting engines to be run with more aggressive compression ratios, fuel, boost or timing settings that result in higher power outputs.

The concept is by no means a recent development, with references to 'internal cooling' by water injection dating back to around 1900. It was then exploited during World War II, granting higher boost levels and reducing the chance of terminal detonation in force-fed aviation engines. It even outlived the introduction of the jet engine, as it was discovered that its use could cut temperatures and boost thrust - by increasing the mass moving through the turbine - when required.

Water injection is also particularly useful in turbocharged cars, where cylinder pressures and temperatures can easily reach excessive levels. The high-performance, twin-turbocharged BMW M4 GTS, unveiled in October 2015, was one such car that benefitted from a water injection system. BMW stated: 'It relaxes the thermal constraints on power and torque, and has already proved itself on race tracks around the world'. BMW also claimed that the M4 GTS was the 'first production road car fitted with such innovative technology'.

Back in the '80s, however, you could get an official Saab water injection system fitted to your 99 Turbo or 900 Turbo. The Saab-supplied water injection system, called the 'Sport kit', was offered for several years - the earliest official reference available is May 1981, the latest September 1988 - and it permitted higher boost levels. In the case of its use in early 900s, it granted a hike in boost pressure from 10 psi to 17.4 psi - with Saab claiming a subsequent power increase from 145bhp to 'at least' 160bhp.

The upgrade pack even included a subtle 'S' badge for the rear of your Saab, with the fitting instructions requiring you to 'loosen the 900 turbo emblem and move it a bit to the left' to create the necessary space. Some cars were even fitted with water injection as standard, including the rare 1980 Saab 900 Enduro - an Australian market special edition.

BMW's Bosch-sourced system, credit where it's due, did deliver many improvements over Saab's. In cold climates, for example, owners could use pure water without any real danger of ice-related damage. When shut down, the M4 GTS's water injection system drains its delivery lines so they will not split if freezing occurs - and the water tank is designed to withstand freezing. The system requires little maintenance as a result, unlike the Saab set-up which required the addition of methylated spirit to stop it icing up in winter conditions.

The Swedish solution also dispensed its water in front of the turbocharger and used the compressor wheel to atomise the water before it was ingested by the engine. This caused the compressor to erode over time. BMW avoided this problem by using a series of precise high-pressure injectors that spray a fine mist into the intake after the turbocharger.

It's worth noting, however, that neither Saab nor BMW were the first to equip their production cars with anti-detonant injection. If you include other forms of detonation suppression systems, which are often just referred to as 'water injection' systems, then the short-lived Oldsmobile Jetfire beat both to the punch in 1962 - as its all-aluminium 3.5-litre V8, topped with a single carburettor and a dinky AiResearch T5 turbocharger, benefitted from a water/methanol injection system.

The system was much needed, too, as the boosted V8 - destined to later be reinvented in naturally aspirated form as the Rover V8 - packed a then turbo-unfriendly compression ratio of 10.25:1. The 'Turbo-Rocket Fluid' used was effectively a 50/50 mix of distilled water and methanol; the water served primarily to cut temperatures and detonation, while the methanol increased the cooling effect of the mixture, served as additional fuel and protected against freezing.