Too fast to be fun? Tell Dan he's got it all wrong about the 911 Turbo 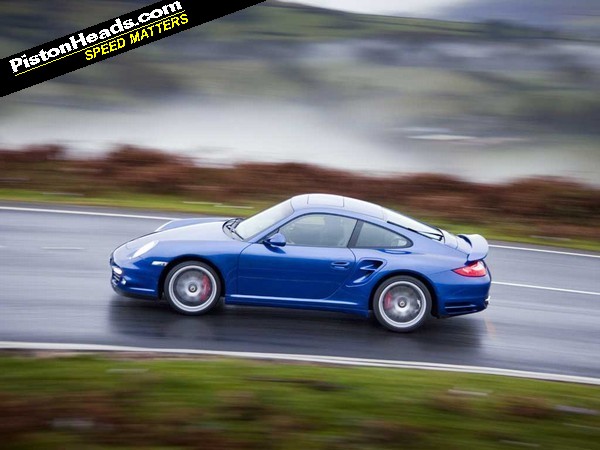 Taking aim at a car as iconic as the 911 Turbo is, even within the context of Tell Me I’m Wrong, a bold move. The clue is in the title though and the invitation to tell me I’m full of it is open and just a click away. But at least let me have my say first! 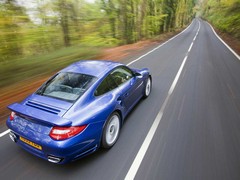 Now, the beauty of the 911 is that it can be had in any number of different flavours to suit different tastes. Such is the adaptability of the basic package – and Porsche’s long practised ability to monetise it – that you could argue that ‘911’ describes a standalone class of car, rather than a single model with lots of derivatives.

The person, for instance, who buys a two-pedal 4S Cabriolet is likely to have very, very different tastes to the one who buys a track-prepped GT3 variant full of scaffolding and with a loyalty card at the Pistenklause in the glovebox. If only they did such a thing.

I’m talking sweeping generalisations here as someone will no doubt pop up and say “I’ve had both!” below but work with me here. They’re different cars aimed at different people and this isn’t a value judgement about who’s right or wrong. 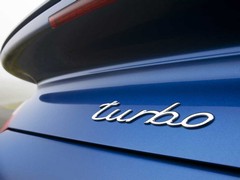 Turbo used to equal scary but not any more

I’ll put my cards on the table and say my personal tastes in 911 are pretty simple. Coupe, manual gearbox, two-wheel drive and normally aspirated. It could be a base Carrera or a GT3 but those are my lines in the sand.

So what’s the beef with Turbos? Taste is the recurring theme here and, speaking personally, I’ve just never quite gelled with turbocharged 911s.

True, I’ve never driven a ‘proper’ one. And I’d very much like to, the shadow cast by its trademark whaletail over everything that followed impossible to avoid.

But since the Turbo grew up and got civilised it’s seemed to me to get just a little bit one-dimensional and too obsessed with the numbers and status game. 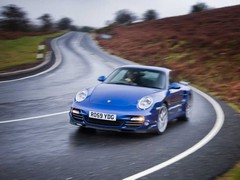 Can 500hp really be too civilised?

Fair enough, Porsche has hardly got lazy or complacent and from variable vane turbos to 500hp-plus as a viable proposition for daily transport the Turbo’s ability to make extraordinary performance feel ordinary is, for me, the heart of the issue.

First impressions
I should be more grateful. A 996 Turbo was the first Porsche I ever drove around the Nordschleife after the owner more or less forced me to do so. We’d bumped into him somewhere in Belgium at a petrol station, he correctly guessing the R26.R we were in was headed for the Eifel and asking if we knew the way because his sat-nav was saying ‘Nuremberg’ was a lot further away than he’d thought it was.

His car had been tweaked and was pushing out something north of 500hp by all accounts but what should have been a dream realised – my first 911 on the ’ring – turned out to be a little bit disappointing. 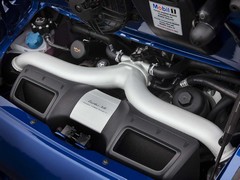 Anything more than an on-off switch?

Sure, it went well. But the beige leather and polished wood inside was incongruous but a neat metaphor for the way it handled. What I’d hoped would be a glorious, seamless flow of Nurburgring joy was instead a join the dots exercise of violent bursts of acceleration punctuated by vague and woolly tip toeing around corners. It was a hugely generous gesture on his part and a box ticked on the old bucket list but not quite the experience I’d hoped for. Saying that 996 Turbos now represent a dangerously

in the classifieds for the price of a GT86 or hot hatch of your choosing.

A few years later I got my first drive in a 911 HUL, and another box ticked on the lifelong ambitions list. ‘My’ 911 HUL was a yellow PDK’d 997 Turbo on centre locks and ceramic brakes – pretty much a disarmingly casual shrug from Porsche as a riposte to Mizuno-san and his team’s years of obsessive development withthe GT-R. A much, much more resolved and capable car than that 996, the 997 answered all the rational dynamic questions you could throw at turbocharged 911s. And yet… 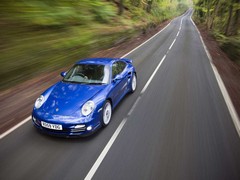 Speed ain't the problem, it's how it gets there

The issue? All it did was swap small numbers on the speedo for big ones.

. Great for ‘mine’s faster than yours’ bragging rights. But whereas each 5mph increment on a GT3, every number passed on the rev counter and every twitch and shimmy is a rich, sensory experience I found the Turbo’s lack of transition between slow and stupidly fast left me totally cold. I guess it’s about whether you’re out to enjoy the journey or the destination and the way a normally aspirated 911 accelerates is as much about the former as it is the latter. The Turbo is so quick you just miss out on it completely.

And though much, much more capable through the corners than ever before you just get the sense in a Turbo that turns are just mildly inconvenient interruptions before the next opportunity to deploy ludicrous acceleration. Not something to be savoured.

It’s hugely impressive. But when even a straightforward in-gear overtake could see you swap a clean licence for a jail term in the blink of an eye and without really thinking about it you do begin to wonder. Too clinical and too fast to be fun perhaps? 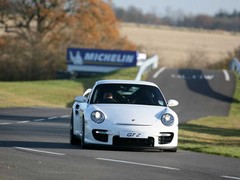 stamped on its rump. I’ve never driven one and therein may lay the holy grail of lunatic Turbo performance and the sense of participation you get with the more raw 911s of old. We’ll see as and when it happens.

But as we sit in anticipation for the 991 to spawn its more extreme variants I know which one I’m more excited by. And it won’t be the Turbo.

*All stats for standard manual car; performance differs according to transmission and/or Sport Chrono options