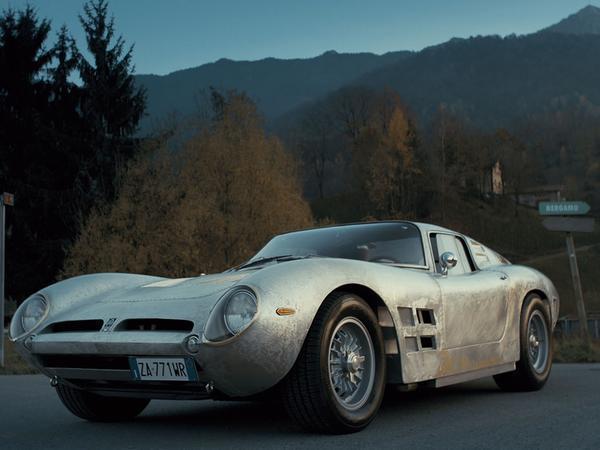 Quite a few clued-up car fans would probably struggle to identify the car seen here as a Bizzarrini 5300GT; those that did know would probably feel quite smug at having that knowledge. And they would be wrong.

This car is an Iso Rivolta A3C, and its story is a fascinating one. When Giotto Bizzarrini joined Iso Rivolta - having worked on the 250 GTO, don't forget - he wanted to continue creating race cars. His vision was the A3C, a car that was about as advanced as front-engined sportscars became before the mid-engined takeover: the engine and gearbox were moved right back for weight distribution, Bertone designed a very aero-efficient body (riveted onto the chassis) and the V8 made more than 400hp.

Despite potential the two cars produced never achieved any notable successes - listen out in the video for the issues with magnesium brake calipers... But while Bizzarrini wanted to further hone his race car, Renzo Rivolta was worried about the cost. The two fell out about it and went their separate ways, Bizzarrini of course going on to build the 5300GT.

This is where the story gets interesting, though. In 2009, with the permission of Iso Rivolta, a group called Iso Restoration was given permission to create 10 more A3Cs. And you thought historic recreations were just in the past couple of years... This beautiful video from 'An Italian Garage' documents the build process, speaks to the people involved and gets the car out on some gorgeous roads.

In fact the video is part of a longer, eight-part series called 'The Iso Rivolta Chronicles'; if this video is anything to go by, and your Iso knowledge is lacking, then the remaining episodes will most certainly be worth a watch!

And see here for the rest of the series.