The march of N division continues globally with 280hp saloon 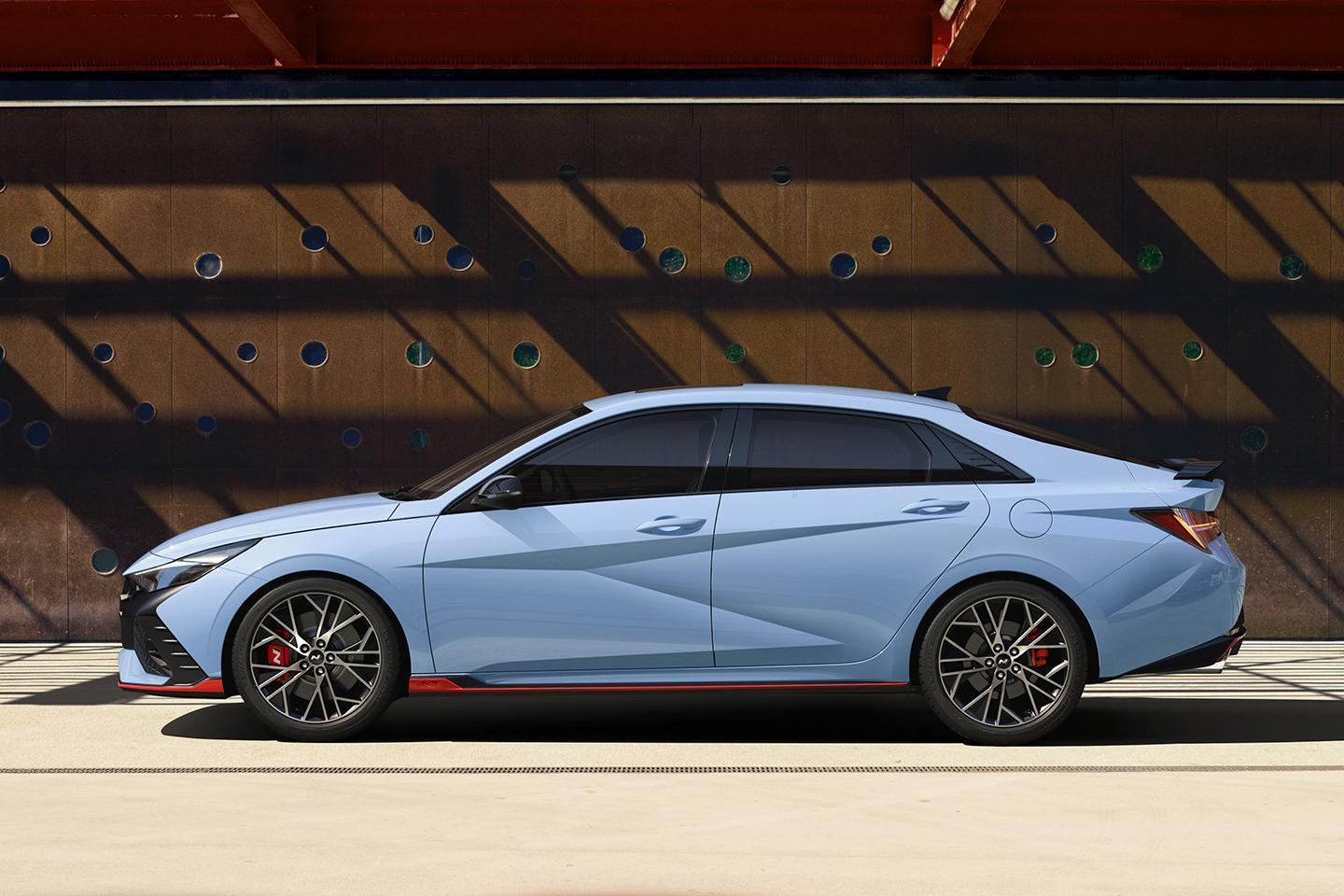 Those keen on the fast Hyundai way of doing things - and there are many reasons why you might be - are spoilt for choice in 2021. There's a Kona N incoming, the revised i30 N available with two gearboxes and two bodystyles, and the cracking little i20 N on sale now as well. This from a sub brand that didn't sell a car in Britain until the end of 2017. Now another one has arrived, borrowing from both i30 and i20, though it seems unlikely to be offered here.

'Elantra' to UK buyers will conjure up images of a dreary family hatch made by Hyundai at the turn of the century. This is the Elantra N, however, a much more enticing prospect. Anyone who thinks the i30 N's styling too tame will likely love the Elantra's new design, taking the i20 N's jaunty cues and running even further with them, boasting skirts, spoilers and slashes aplenty. Hyundai says the front end "takes inspiration from the battle-ready appearance of a driver's race helmet, and the lip spoiler that runs low across the lower part of the bumper conveys a low-slung stance with performance intent." In case you were wondering.

Elsewhere, much of the Elantra's make up is familiar from the i30 N, with a 280hp, 2.0-litre auto and standard eight-speed DCT. The automatic means all the acronyms recently introduced are present and correct, too, from NGS to LC and NTS to UBS; whatever tricks a dual-clutch automatic is now able to perform, the Elantra can do it, from launch control to an, er, Upshift Bang Sound.

Chassis revisions for the N include underbody strengthening (including a solidly mounted front subframe), stiffer anti-roll bars, aluminium suspension knuckles the familiar ECS suspension and an electronically controlled limited slip diff. Hyundai says this Elantra is the first N model to be offered with Michelin Pilot Sport 4S tyres as standard, a welcome inclusion given how well they've performed elsewhere.

The Elantra N is said to be the "purest expression" of Hyundai's performance brand yet, so in some ways it's a shame European sales are unlikely. That said, it would be hard to justify in the line up alongside an i30 N Fastback, and there's no guarantee UK buyers have forgotten what an 'Elantra' used to be. We've a long memory for what we didn't like as car buyers. For now, the new saloon completes Hyundai's N line up but given the recent expansion, don't be surprised if another new one is along soon.