Nurburgring speed limits to be lifted

New management reveals a host of changes, some more controversial than others...

First the good news. The much-maligned speed limits introduced to

are to become nothing more than a sad chapter in the Nordschleife's long and chequered history. But nothing comes for free, and according to a

[updated - reissued in English and

] the management has identified no fewer than 16 improvements, seven of which will be implemented in the winter downtime between November 2015 and March 2016. 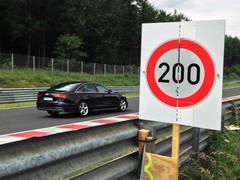 These are going, but there's a price to pay

Details of all 16 improvements remain frustratingly opaque, but CEO Carsten Schumacher has detailed a significant change to the famous jump at Quiddelbacher Hohe and the double right-hander of Flugplatz.

"Based on a detailed survey we will renew 500 metres of the track surface in the area Flugplatz, thereby eliminating five bumps that have arisen over the many years of hard-use," explained Schumacher.

The famous jump has been both a crowd-pleaser and a car-wrecker for many years (see this 1980 Winkelhock crash for proof), before a Nissan GT3 car flew into the crowd this March and killed a spectator. But news of its impending 'improvement' might not be met kindly by die-hard fans of the North loop's intimidating layout.

Of course, despite the teeth gnashing of the purists, the truth is that track smoothing and safety improvements are nothing new at the Nordschleife. Over its 88-year history the Nordschleife's many jumps, bumps and curves have been removed, replaced and rejigged. You only have to compare some period footage to see the vast differences between the Nordschleife of the '60s, '70s and '90s. 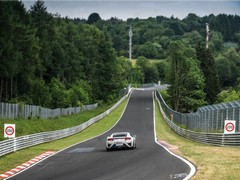 500m of Flugplatz section to be redone

Other developments will include an 'exclusion zone' around Schwedenkreuz and improved fencing, especially alongside the Dottinger Hohe straight, where the main road (B257) runs parallel with the racetrack just metres apart.

While bigger fences might not be much of an inconvenience, especially when comparing a slightly less scenic view to the pain of a racing car landing on your head, the exclusion zone at Schwedenkreuz will ring warning bells for many. We hope that it's not a sign of things to come.

We have asked Capricorn Nurburgring GmbH for more details of the proposed 16 changes and will update you when we know more.