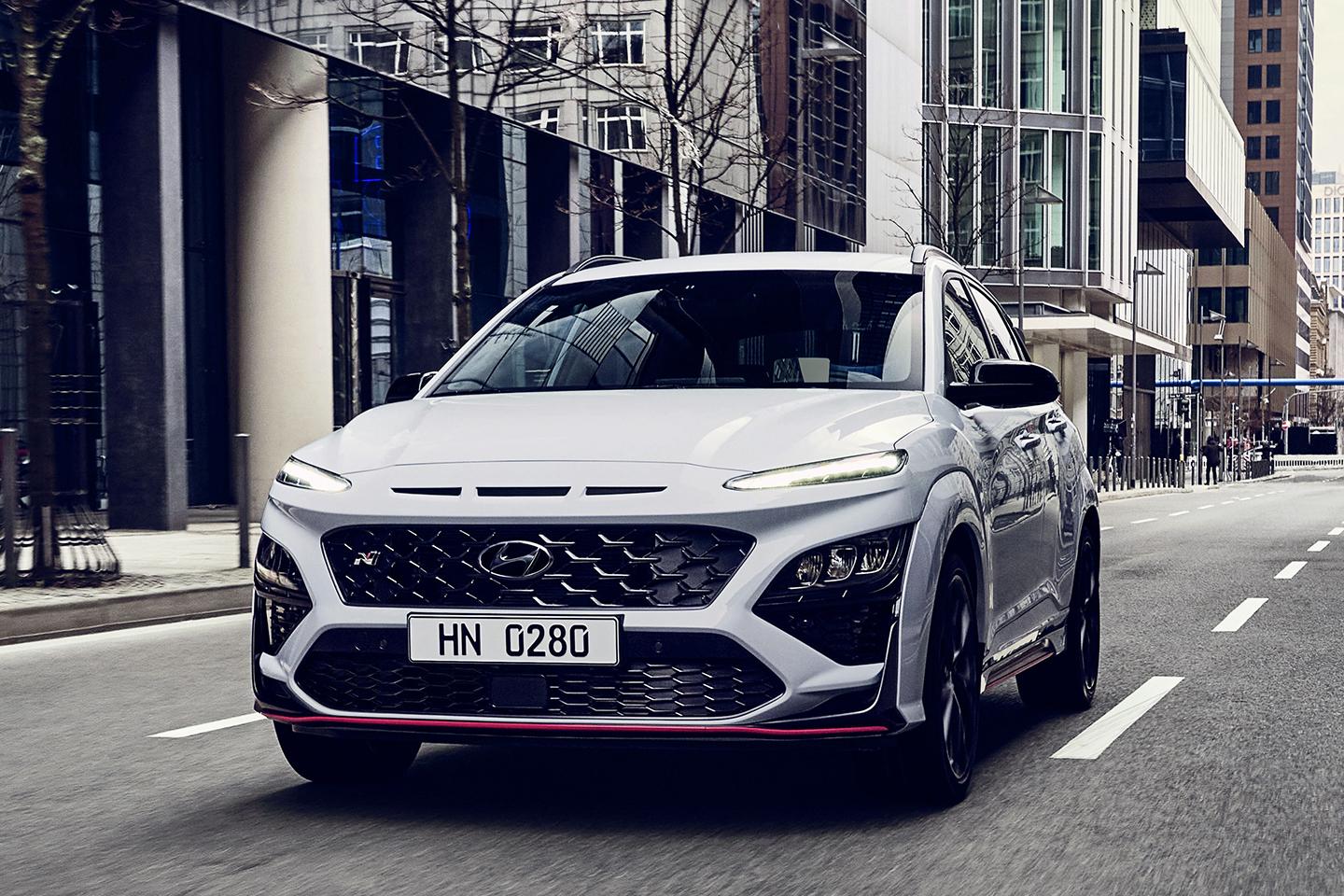 Not so long ago, the notion of a small Hyundai SUV with "a whole host of motorsport inspired upgrades" and a 0-62mph time of 5.5 seconds would have been far fetched to say the least. Now the 280hp Kona N is almost in showrooms, joining the i20 and i30 in Hyundai's fast car line up. It'll be the most expensive of the three, too, priced from £35,395.

For that outlay, Kona buyers will get Hyundai's eight-speed DCT as standard (it's optional on the i30) as well as the features we've become familiar with in other N-badged Hyundais: the corner carving e-LSD, fully switchable ESC, electronically adjustable dampers and an active exhaust. In fact, the only Kona N option will be paint; Ignite Flame is the standard colour, with a range of metallic and pearlescent finishes adding between £300 and £565. The trademark Performance Blue is offered, with a new Sonic Blue also on the palette and unique to this car. Hyundai says it "complements and contrasts with the other red, dark grey and glossy black exterior design elements." Much like the i20 N - and in contrast to the i30 - the Kona isn't going to be a car that slips under the radar, even in the more muted colours. The vents up front, towering rear spoiler and giant diffuser ensure a punchy aesthetic, even in silver.

Though not in the photos here, what Hyundai has confirmed for the Kona N's interior is in line with expectations. It gets sportier seats, pedals, steering wheel and gearknob, with additional displays available in the instrument cluster for lap times and whatnot. Expect to see a Kona N on the same track days as the Cayenne Turbo GT...

Hyundai reckons the Kona N offers a drive "more thrilling than any competitor" at a price "that represents extremely good value for money." Which every manufacturer has said about every fast car in history, but it's difficult to know exactly which competitors Hyundai has in mind. The Puma ST feels like the obvious one, but is 80hp down and starts at well under £30k; the VW T-Roc R is better matched on power with 300hp, though is four-wheel drive and £41,590 - arguably a different proposition. The Kona N seems to have an SUV niche to itself when it appeared all of them were spoken for. Whether buyer demand exists for it is another question - we'll know for certain when it goes on sale in a few weeks' time.