Worth the wait or an over-hyped, CGI'd caricature? 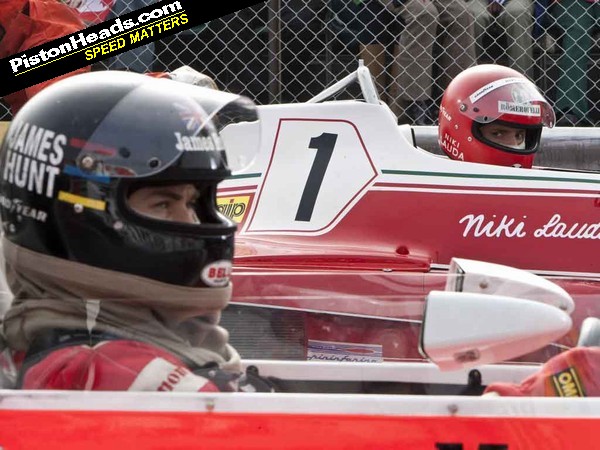 Let's cut to the chase: fears Rush would have all the integrity of Days of Thunder can quickly be allayed. It's not devoid of Hollywood silliness, but it succeeds is capturing both the spirit of the times and the essence of the two extraordinary men at the heart of the story.

The movie opens with Lauda recalling that, on average, two of the 25 drivers who started the year would be killed before the season's end, before posing the question: 'What kind of people do this job?' Accidents are recalled in all their gory detail and the depiction of Lauda's burns following his Nurburgring crash is not for the squeamish. This harsh reality is offset by hedonism of the period and voyeuristic enjoyment of Hunt's rapacious sexual appetite, with Hemsworth convincing as Hunt, even if the portrayal is undeniably sympathetic. 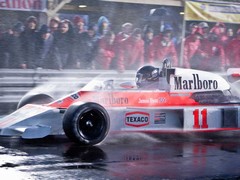 Finished product has a whiff of CGI about it

Saying that the Lauda character, played by Daniel Bruhl, travels further. We're presented with a complex, driven man who rebels against his family, borrows money to buy his way into Formula 1 and then clings to the coat tails of Clay Regazzoni.

The action scenes are also some of the best since Le Mans. Some of the crashes rely on CGI but the Nurburgring sequence successfully captures the fear and desperation of the moment as fellow drivers Arturo Merzario, Brett Lunger, Guy Edwards and Harald Ertl fought to pull Lauda out of the burning wreckage.

Given that so much time and effort was spent recreating these pivotal scenes, it's a shame Howard couldn't resist the schmaltz. There is, for instance, a classic Top Gun/Days of Thunder moment when Lauda, struggling on his return to the cockpit, instinctively dodges an accident and is instantly returned to his former glory.

These scenes are frustrating because they make you question the astonishing things that really did happen, such as Lauda's return to the grid just six weeks after his accident. You get the impression the director tried to retain the authenticity, but then, at the last minute, couldn't quite restrain himself.

Maybe there should be a director's cut for purists that dispenses with the nonsense because at heart this is a great racing movie that successfully captures the glamour, bravado and brutality of the time.

See here for PH's trip behind the scenes and more on the making of Rush.