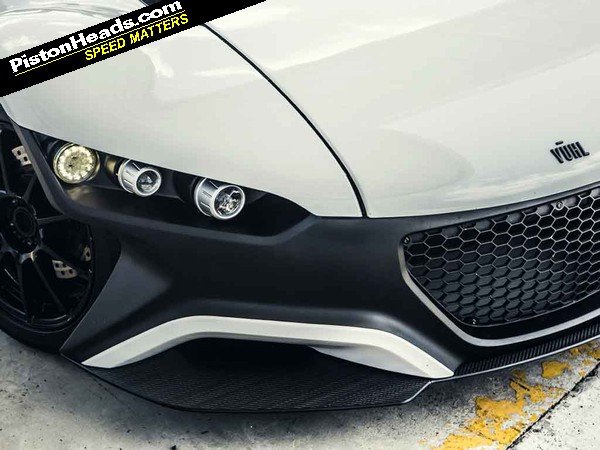 We usually think of global carmakers as large, going concerns, not the latest fledgling supercar start-up. But

has already got a healthy number of stamps in its passport before it’s even properly been seen in the flesh. Or, more likely, carbon.

If the Vuhl’s roots are Mexican by virtue of its designers’ (brothersIker and Guillermo Echeverria) nationality the fact large chunks of it will be built in Canada and it’s being tested here in Blighty point to an impressively ambitious range of scope. Of course, ambition is never a problem for supercar start-ups and there’ll be many a cocked eyebrow at Goodwood to see whether this is one with staying power. 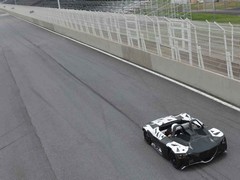 Testing has started here in the UK ... somewhere

As is the way of these things there’s a lot of chest beating about blue-chip investors, government backing and tie-ups with respected suppliers including Ford, Multimatic and, now, Michelin but not a whole lot else.

If a little directionally ambiguous (we’re guessing from the red lights it’s driving away from the camera in the teaser shot…) it’d seem the Vuhl is a minimalist, speedster type thing in the mould of the KTM X-Bow. Certainly the moniker – a slightly tortuous abbreviation of Vehicles of Ultra High-performance and Lightweight – hints towards the upper end of the performance envelope but we’ll have to see just how far along the mentalism scale Vuhl pitches the 05.

With Ford on board the firm's 3.7-litre V6 is one possible powerplant for the Vuhl, this engine having found homes as diverse as the Morgan Roadster, Ginetta’s G60 and the new Radical RXC. 400hp wouldn't be out of the question and with suitable emphasis on the Lightweight bit that could live up to the Ultra High-Performance claim but we’ll know more when it goes live at Goodwood in a few weeks.