Kid of the 1980s? Behold the adult-sized Tamiya of your childhood dreams 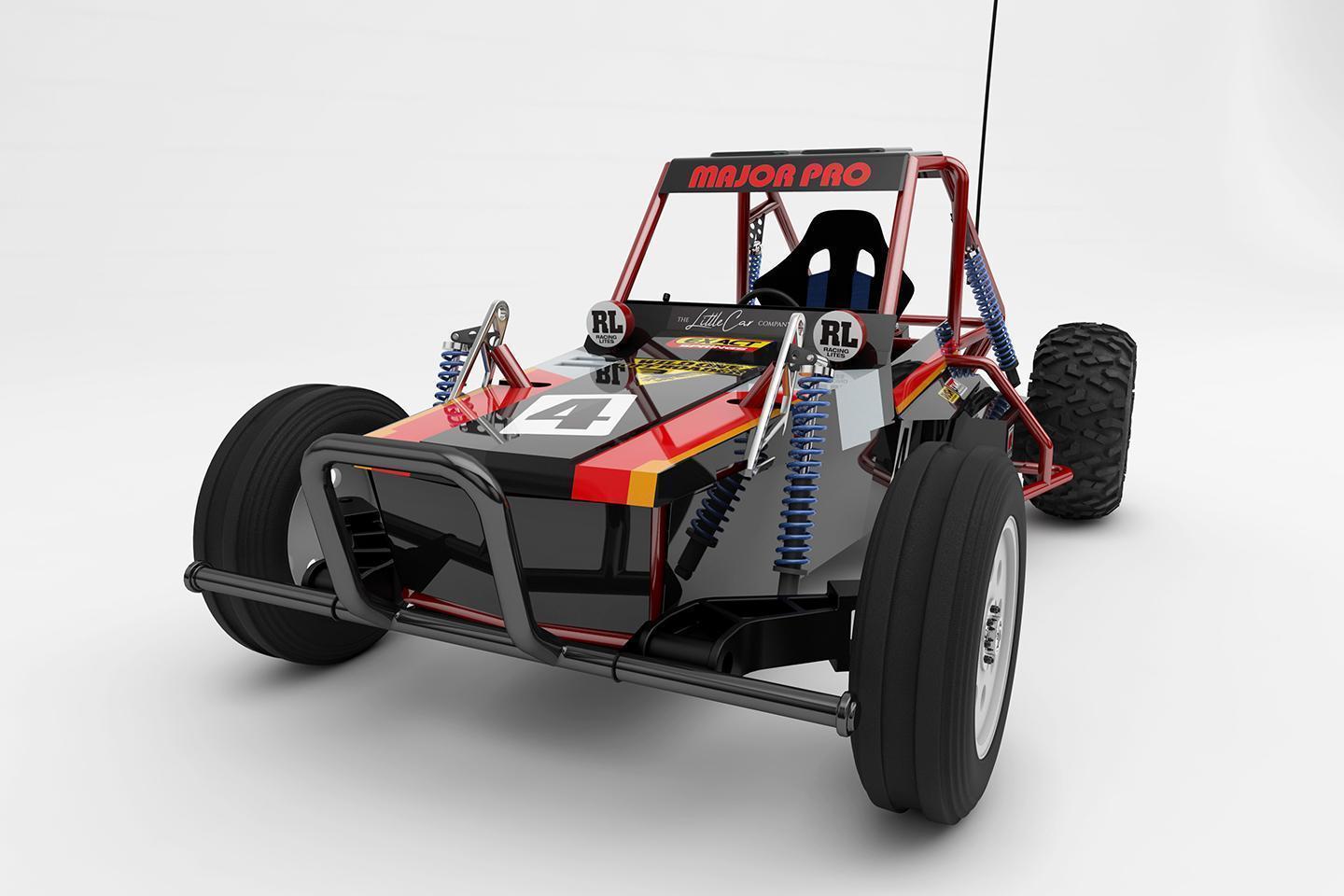 The Little Car Company has followed up its DB5 Junior and Bugatti Baby II with a creation few could have predicted: a life-sized, officially backed Tamiya Wild One MAX. This small-car-made-big represents a reversal of practice, growing Tamiya's hot-selling eighties remote-control car into one an adult can fit into and actually drive. The electric car is 250kg and 3.5 metres long, making it about eight-tenths of the size of a proper off-road buggy, or at least the breed that inspired Tamiya's 1985 original. And perhaps most brilliantly of all, it can be made road legal.

Not only is this a surefire way to instantly become the envy of Gen Xers and millennials alike, it's also surprisingly attainable, with an anticipated price of £6,000, plus taxes. With VAT, that makes it almost exactly the same money as a new Dacia Sandero, and while the Wild One doesn't have a roof, doors, windscreen or, er, a passenger seat, the 'real' car can't compete with the coolness of the Tamiya. Sure, there's nowhere to put your shopping, but there's a spaceframe chassis, four-wheel coilover suspension and 15-inch wheels wrapped in off-road tyres. There's an aerial and stickers, and even a mock up of a box for the kit to be transported in...

Power is sent to the rear wheels from a single 2kWh battery power pack enabling up to 30mph and 25 miles of range. Appropriately, The Little Car Company offers buyers the chance to upgrade their car, with 'Hop Ups' that mimic the original R/C extras including higher performance brakes, suspension and, if you want it, more power. You can even add a four-point racing harness for maximum mini dune buggy awesomeness. Or, if you want to take the fun onto the public highway, The Little Car Co can ready the car for L6e or L7e Quadricycle legislation in Europe, or Neighbourhood Electric Vehicle legislation in the USA.

"We are massively flattered and thrilled by the launch of the Wild One Max by The Little Car Company under official licence from Tamiya," said Pete Binger, CEO of Tamiya UK Distributor, The Hobby Company. "Tamiya assembly R/C kits, especially our unique buggy range, have captured the imaginations of generations for over 40 years. The prospect of a nearly full-size Tamiya buggy, which can be built and driven, is truly exciting and will be the ultimate vehicle for any Tamiya fan."

If you think the car's exciting, wait to you hear what CEO of The Little Car Company, Ben Hedley, added to the news announcement. He said: "Because it is still early days in the project, we have the opportunity to include the feedback and feature suggestions from the legions of Tamiya fans out there." He's encouraging those with good ideas and feedback for the project to sign up to the newsletter at WildOneMax.com.

Don't all rush at once, though, because you might want to get yourself into the queue for bagging a car first, with £100 refundable deposits being taken now. This is set to be a first-come, first-serve production run, with development due to be finished in 2022. So don't hang around...