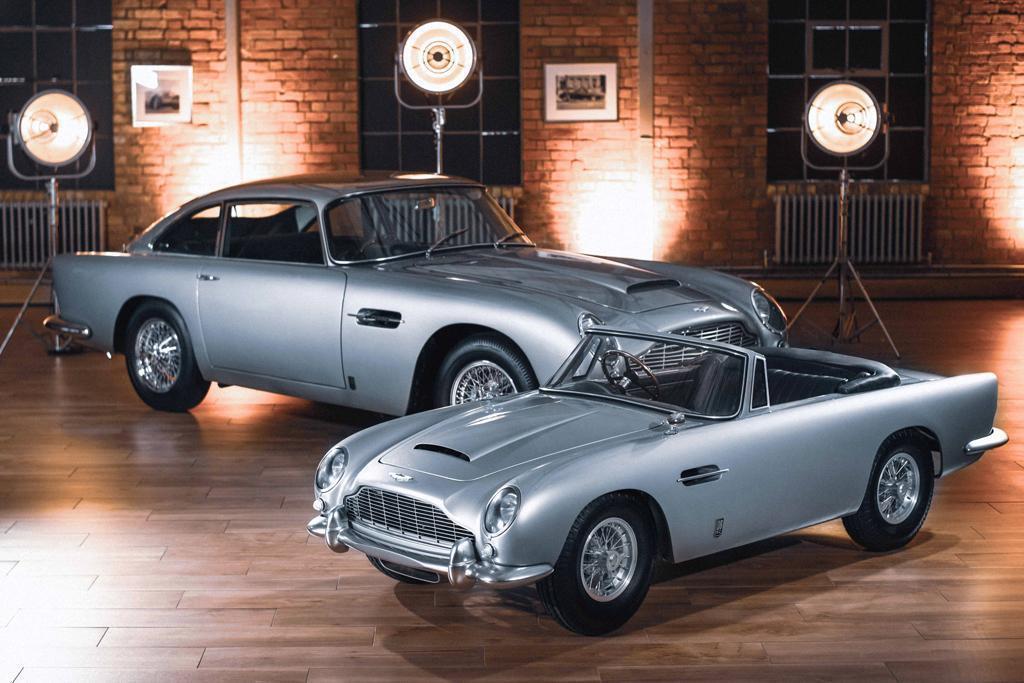 Less than two weeks after the launch of its Bugatti Baby II, London-based The Little Car Company has announced the creation of the DB5 Junior, a two-thirds scale EV produced in partnership with Aston Martin. It’s as brilliant as you’d expect, created from the ground-up to exacting scale with composite body panels draped over a platform bearing actual suspension and geometry that mimic the real thing. It’s more car than toy, so adults are allowed to want one.

Just 1,059 will be made, matching the number of original DB5s produced, with owners of the latter given first dibs on a Junior, for which they can have a chassis number matching their car. All measure 3 metres in length and 1.1 metres in width, and weigh 270kg. Two versions will be produced, a regular version and a carbon-bodied Vantage, with the former getting TLCC’s 8hp electric powertrain and the latter getting 13hp, with a limited slip differential. The normal Junior can do 30mph; the Vantage’s top speed is TBC...

Both cars get 10-inch wire wheels with four-wheel ventilated disc brakes, featuring regenerative braking. A removable battery pack is located under the bonnet, providing the Junior with up to 20 miles of range, but a second battery can be added for more. The Junior Vantage gets this as standard, so its range is quoted at being between 20-40 miles, depending on driving style. But even for the heaviest of feet, that’s a lot of mileage - sorry, driveway – to play with.

Familiar from the Bugatti are TLCC’s drive modes, Novice and Expert, with the former limiting output to 1hp and top speed to 12mph, so the kids can have a go. While the latter turns the EV powertrain to its 8hp setting. There’s also a Race mode, which actually matches the Junior’s output to other TLCC models, so multi-variant races can be had with a ‘Balance of Performance’. How bloody cool is that? A Vantage mode – accessed via a hidden missile switch – unleashes the higher-spec model’s full, parent-scaring potential.

As you’d expect for a miniature car produced in partnership with Aston Martin, the bodywork and interior are all accurate recreations of the original, with small changes applicable to the Junior like turning the fuel gauge into a battery power gauge. Every DB5 Junior owner will also get automatic membership of the Aston Martin Owners’ Club, and be registered as authentic examples. A copy of the paperwork to prove it will be held at Aston Martin’s Gaydon HQ, another will be filed at Aston Martin Works in Newport Pagnell and a third will be located in The Little Car Company’s Soho home.

Aston chief creative officer Marek Reichman said “The Little Car Company have gone into meticulous detail to truly replicate the stunning form of the original DB5”, and that he is “very much look forward to seeing these fun tributes to the timeless DB5 go into ‘service’ with owners of all ages around the world”. Ben Hedley, CEO of TLCC, added that it’s “fantastic that we have made this iconic car accessible in a new way to a new generation of Aston Martin fans”. He said “as a child I would not have imagined any better way to learn to drive than in ‘The Most Famous Car in the World’”. Certainly beats a Corsa, doesn’t it?

On top of all that, buyers will be granted complimentary membership of The Little Car Club, allowing them to take part in exclusive events where they or their children can drive these DB5 Juniors on actual racetracks. Unsurprisingly for such an extensive package, the DB5 costs from £42,000 (including VAT) each, with the Vantage starting at £54,000 (inc VAT). Peanuts for those enjoying full-size DB5 ownership. Possibly a bit much for the rest of us. Unless you're only commute now is to the bottom of the garden.