Want a GTI with more power, but not quite as much as an R? The TCR is for you! 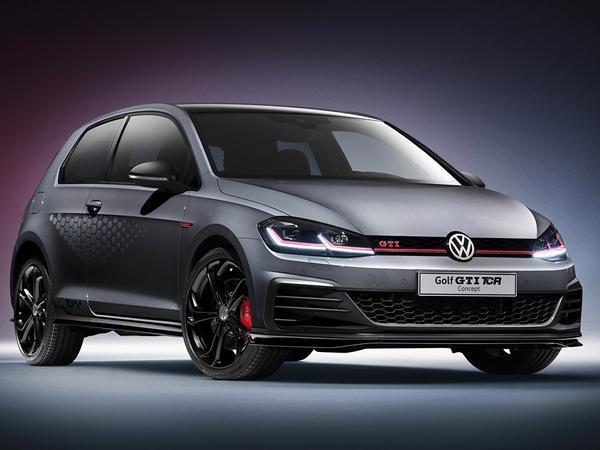 Volkswagen has some form when it comes to revealing 'concept' Golfs at the Worthersee show; it is, after all, the biggest VW celebration in the world. The concepts tend to occupy both extremes, with 186mph V6 Golfs as common as those which are a set of numberplates away from production.

The TCR, previewed last week, is one of the latter, set to slot into the Golf range between GTI and R at some point later this year. VW describes it as "a new milestone" in this history of the GTI, a road version of the TCR racing car. Which might be stretching a bit - but then no-one expected the Clubsport S to be as good as it was. So let's reserve judgement for now.

As stated previously the TCR has 290hp and is the first Golf GTI to have the option of removing the speed limiter, meaning 164mph is possible. However it seems there will be no choice about transmission, with only the seven-speed DSG (working in conjunction with the VAQ locking differential) mentioned so far.

There are new details following the TCR's debut though. For instance the speed limit deletion will come as part of an option package (see how loose the 'concept' tag is?) that includes a 19-inch wheel upgrade and a sport chassis tweak that drops the car by 20mm and adds the Dynamic Chassis Control dampers. Also optionally available will be the Akrapovic exhaust first seen in the Performance Pack for the Golf R. Finally, VW has added the additional radiators from the R (note the redesigned front bumper) and introduced uprated calipers and pads "to slow racing fans down just as confidently as the role model on the racetrack."

It says much of the cosmetic overhaul for the TCR when a new 'Pure Grey' paint colour is the main talking point - it's pretty subdued, put it that way. The main identifiers are the new 18-inch 'Belvedere' wheels plus a more prominent rear spoiler/diffuser arrangement. And fear not, the honeycomb graphic and TCR lettering will be optional.

The inside is marked out by 'Flash Red' accents on the seats and at 12 o'clock on the steering wheel - because that's like the race car, see - as well as more red on the seatbelts and gear selector. Otherwise it's as you were for a regular Golf GTI, which is certainly no bad thing. Because that means it's a very nice interior.

VW says the Golf GTI TCR is "almost ready for production", which seems a polite way of saying it could be sat in a showroom right now. Fans will have to wait a little longer post-Worthersee though, as the new top GTI is not expected to go on sale till late 2018.