The Grand Prix layout at Brands isn't raced on all that often, but it's more than worth making the effort 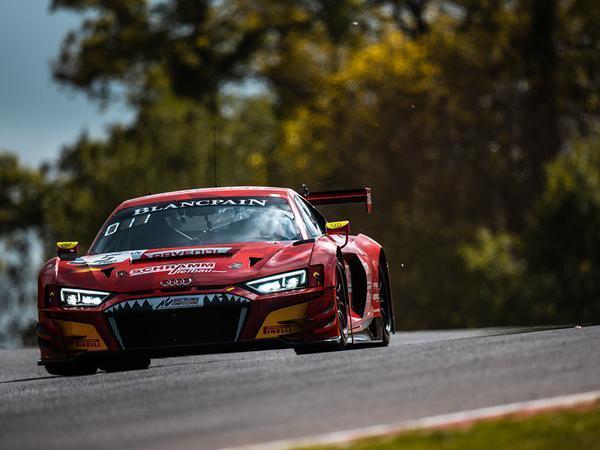 It's easy to be a little despondent about the state of four-wheeled motorsport sometimes; if it's not a predictable series, it's one using less interesting powertrains and chassis than a few years ago. And historic motorsport only takes place at prohibitively expensive venues - or so it seems.

Solace can be found, however, in two forms: watching motorsport at Brands Hatch GP, and watching the Blancpain GT Series. In isolation each would be brilliant; together they're extraordinary. And I know what you're thinking: Brands Hatch GP barely hosts any racing, and the Blancpain GT will go to all sorts of far-flung locations. Well, not true. Brands GP will play host to a Masters Historic Festival, DTM, BTCC, British Superbikes, a 'Legends of Brands Hatch Superprix', British GT and two MSVR race days between now and October. The Blancpain series is at Silverstone this weekend, and tickets are still available for £20. It's not in the UK any more this year after then, and can't be recommended highly enough.

Why? Variety. As motorsport seems to become ever more homogenous, to see such an array of layouts and shapes in one grid is a proper treat. At Brands Hatch the Blancpain GT World Challenge was supported by the GT4 European Series, which featured everything from turbocharged four-cylinder sports cars (Alpine A110) to V10 supercars (Audi R8), with KTM X-Bows, Porsche Caymans, Aston Vantages and BMW M4s in between. They're all competitive, too, with the first race at Brands featuring five different cars (AMG GT4, McLaren 570S GT4, Vantage, M4 and X-Bow) in the top six. Well worth seeing.

GT3 surpasses it, though, for then putting those sports cars in fast forward. For 2019 the Blancpain GT Series is split between sprint and endurance events, the Brands Hatch schedule seeing each team of two drivers take on a pair of hour-long races. So that's AMG GT3 against Audi R8 and Lamborghini Huracan against Ferrari 488 GT3 (amongst other duels) in 60-minute sprints, using the engines that actually power the road cars and not some boring control unit. Well, apart from the AMG that is, which still uses the old 6.2. And sounds suitably outrageous as a result.

Point being that the spectacle is great because there are cars with different layouts and engines - managed by Balance of Performance to all be broadly competitive - that all look fantastic (but not too far removed from the road cars) and sound even better. They could race at Bruntingthorpe and it would be worth watching.

But at Brands Hatch GP? It's spectacular. Honestly, you could watch a power walking race there and it would probably be entertaining, with the cambers, gradient changes and views. Plus there's a nice woodland walk to do. For a layout that only adds five corners, it completely transforms the track into something far quicker, more intimidating and better to watch.

Hawthorns and Westfield are both really quick right handers that spectators can get a great view of, including one or two risky overtaking attempts if you're lucky. The latter has a really awkward, bumpy exit, too, so the cars can be seen squirming on the way out as they plunge down the hill. Dingle Dell might not be the corner it once was, though you'll struggle to care much with cars flying across the kerb - a few picking up an inside front wheel - within a few tenths of each other. The camber at Stirlings means huge speed is thrown at it, and even Clearways is made more interesting with a faster approach. It's a superb track to spectate at, with the kind of up-close access a more modern circuit probably wouldn't permit. Get there.

And it was £25. Twenty five pounds to watch that mad man Marco Mapelli - who set Lamborghini's Nurburgring records - drive the doors off a Huracan GT3; to see flames come out of the back of a V8 Ferrari; to hear Audi R8 V10s thunder through 8,000rpm gear after gear. To those familiar with Brands GP, modern GT racers or indeed both, this may come across as condescendingly obvious, but the two really are a match made in heaven for the motorsport fan weary of other offerings. I suspect Silverstone will be nearly as good; if that's a bit too modern and polished, then the Blancpain GT Challenge also goes to Spa, the Nurburgring, Barcelona and the Hungaroring. Get to one, be it this year or next - you'll absolutely love it.

Disclaimer: This story is not sponsored by either the Blancpain GT or Brands Hatch circuit, they're both just really bloody good!