Oof. Aston joins the Elva, Monza and Bacalar in the roofless super league... 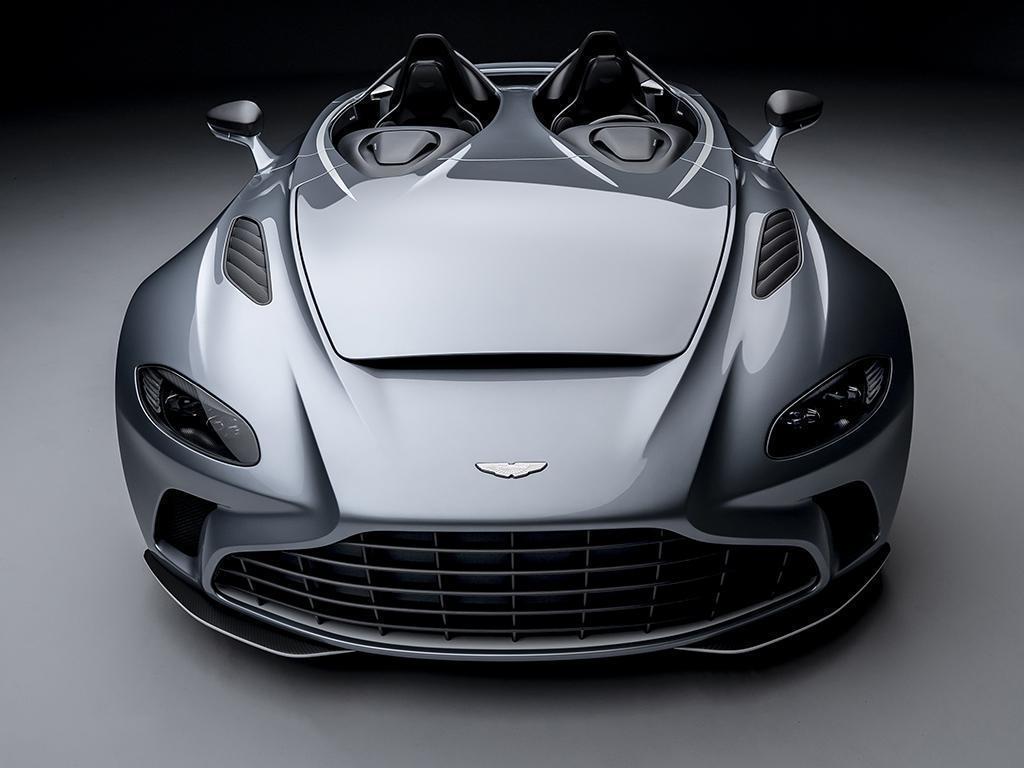 The automotive industry is all about four-wheeled fashions, predicting or exploiting trends to the best commercial effect. While mainstream manufacturers busy themselves with what the general public need, the supercar builders can create what the world's richest one percent want. Or believe they want. And at the moment that's the super-roadster, a hopelessly impractical and wildly fast two-seater that will work just perfectly in the real world. If the real world is southern California.

Now Aston has had a go. Following the McLaren Elva, Ferrari Monza SP1/2 and Bentley Bacalar, and in the shadow of the cancelled Geneva show, it has unveiled the V12 Speedster. Claiming to draw inspiration from the CC100 of a few years back, the DBR1 and DB3S, as well as the contemporary DBS and Vantage (plus a bit of fighter jet, of course), the V12 Speedster is described as "a puristic limited edition for the most demanding drivers".

How to achieve that? Well, deleting the windscreen and roof plays a part, as does constructing the entire body from carbon fibre. Less weight of course gives the engine a much easier time - not that the 5.2-litre twin-turbo V12 has ever struggled in anything thus far. Here it promises ludicrous performance, enough to excite even the most jaded of drivers: 700hp is just 25hp less than a DBS, but in a smaller, lighter roadster, and 555lb ft is 209lb ft more than is delivered by a 911 Speedster. All sufficient, Aston says, for 0-62mph in 3.5 seconds and a limited 186mph top speed. A new exhaust promises "an even more invigorating aural signature."

As for the drive itself, taking away body parts is always guaranteed to make the experience more intense (speak to Atom drivers), though time and effort has been invested in making this Speedster more than a V12 climbing frame. Derived from the current bonded aluminium architecture, the Speedster also uses the familiar adaptive damping modes from the Vantage - Sport, Sport+ and Track - with double wishbone front and multi-link rear suspension. Ceramic brakes and forged wheels are standard, again hopefully reducing mass.

The V12 Speedster is the creation of the 'Q by Aston Martin' bespoke division, and has come together in a little over 12 months. This particular car is in an 'F/A-18' concept specification, which will be offered to customers, and is inspired by the Boeing jet fighter of the same name. Skyfall Silver paint is paired with satin blank exhausts, vent grilles and vanes externally, then the inside features satin dark chrome, machined aluminium and black leather. However, this being a Q by Aston Martin car, the possibilities are (presumably) endless; if the F/A-18 doesn't appeal those with the cash can spec as they please.

Which leads us, conveniently, into the numbers. There will be just 88 Aston Martin V12 Speedsters - your guess is as good as ours as to the significance of 88 - and each will cost £765,000 including VAT. Which, given both the McLaren and Bentley are roughly twice that before tax, doesn't look as obscene as it might. Not that any prospective buyer will be too perturbed - if you can spend three quarters of a million pounds on a car, looking great and making the driver feel even better are surely more important than value for money. An Aston Martin that looks like this, has a 700hp V12 and dynamic sign off from Matt Becker ought to emphatically nail that brief. And then some.