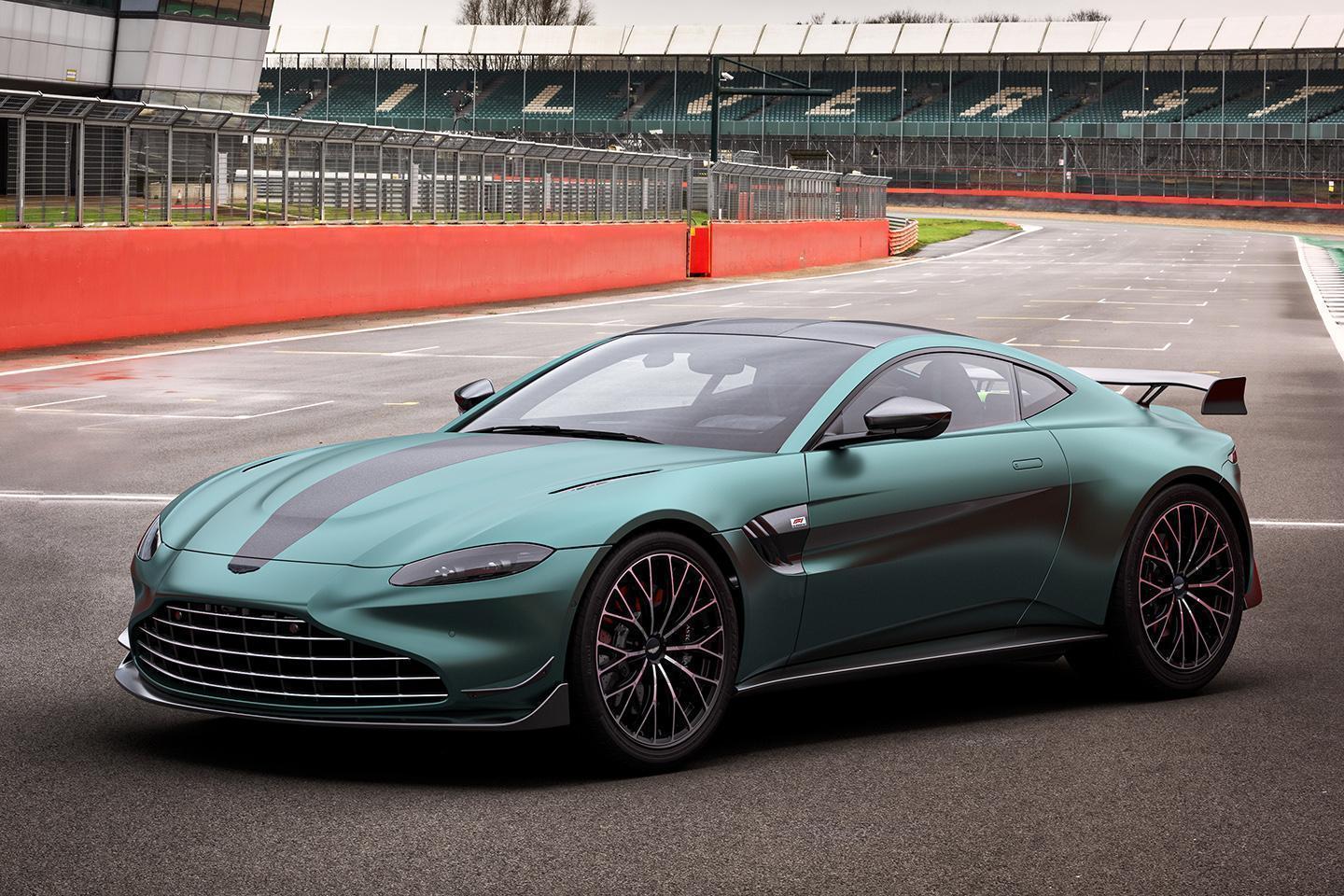 Given all that's been said about the Vantage since its 2018 launch, those who already have one might be a tad aggrieved at this being the model that "establishes the Vantage as a true sports car". But that's what Aston says about the F1 Edition, a new series production flagship for the Vantage and a car promising "the ultimate expression of performance and dynamism."

Tellingly, Aston Martin dedicates a lot more of its press bumf to the chassis alterations for this Vantage that it does engine upgrades. Total power is up by 25hp to 535hp, with torque unchanged but said to be offered over a broader range of revs. Only the spec, for the moment, says the same 505lb ft at 2,000-5,000rpm as it always was. The eight-speed automatic is the only transmission choice for the F1 Edition, albeit with a change to the torque cut when going up the ratios to reduce shift time and increase "the feeling of directness and precision." Given the modest changes, it shouldn't be a surprise to see performance unchanged: 0-62mph take 3.6 seconds, and the top speed is 195mph.

It's seldom that a new Aston Martin receives such a thorough chassis overhaul for a regular production model, but with a project objective set by Tobias Moers to "significantly improve lap time performance" there was clearly a lot to be done. It's interesting to note, in fact, some similarities between this new Vantage and the AMG GT R that would have been signed off by Moers during his time at Affalterbach; the engine is the obvious shared point, but both standard models were also launched without track driving being the primary focus. The GT R - also with little more power than standard, remember - showed that the AMG GT could really cut it on a circuit, so hopefully the same will be true for the Aston Martin.

Certainly, plenty of work has gone into it. Steering and suspension were said to be the focus - though using the same dampers as a standard Vantage, the F1 Edition has reworked internals for increased bandwidth, said to improve vertical body control without sacrificing comfort. The rear spring rate is up, too. Aston says that "detailed underbody modifications" have upped structural stiffness at the front, with benefits for steering feel and response. Those should be improved further with better lateral stiffness at the rear and a recalibration of the EPAS. Ceramic brakes are also optional for full track day kudos.

Interestingly given the other changes, a point was made by Moers himself that the F1 Edition that it shouldn't have super aggressive track day tyres, and therefore it runs a fairly regular Pirelli P Zero - albeit with a 21-inch rim and lower profile (255/35 and 295/30) than a non-F1 Vantage. Weight loss is notable in the press release by its absence - this F1 Edition is 1,570kg dry, which doesn't look great when a 911 Carrera is 10kg more with all its fluids and a driver. In fact, it's 40kg more the quoted dry weight for the normal Vantage, presumably thanks to the chassis hardware and wheels. And the aerokit..

Those aerodynamic modifications are worth mentioning, bringing as they do a claimed extra 200kg of downforce over the regular Vantage at top speed. The rear wing is the most obvious addition, but there's also a new front splitter, aero flics and underbody vanes - the rear diffuser is as per the standard model. Oh yes, and in case you were wondering, the vaned grille is standard fit.

Though launched, predictably enough, in Aston Martin Racing Green, the F1 Edition will be offered in black or white as well, either with a gloss or satin finish. All exterior colours come with the matte dark grey graphics, but they can be deleted. The interior seen in this picture is standard for the new model, with buyers choosing from Lime Green, Obsidian Black, Wolf Grey or Spicy Red for the contrast stripe and stitching.

With the 2021 F1 season and the debut of the new safety car not far off, Aston is striking while the iron is hot: the Vantage F1 Edition is one sale now, priced from £142,000 and with first deliveries due in May. For some inexplicable reason, a Roadster is being offered as well - nothing like adding weight up high for a great track car - though a price isn't yet confirmed for that one. Tobias Moers believes this new Vantage is a "true athlete", a car that is "more powerful; more agile; more immediate and more exciting to drive" - could be quite the Aston Martin. Just the thing to try against a new 911 GT3, then...