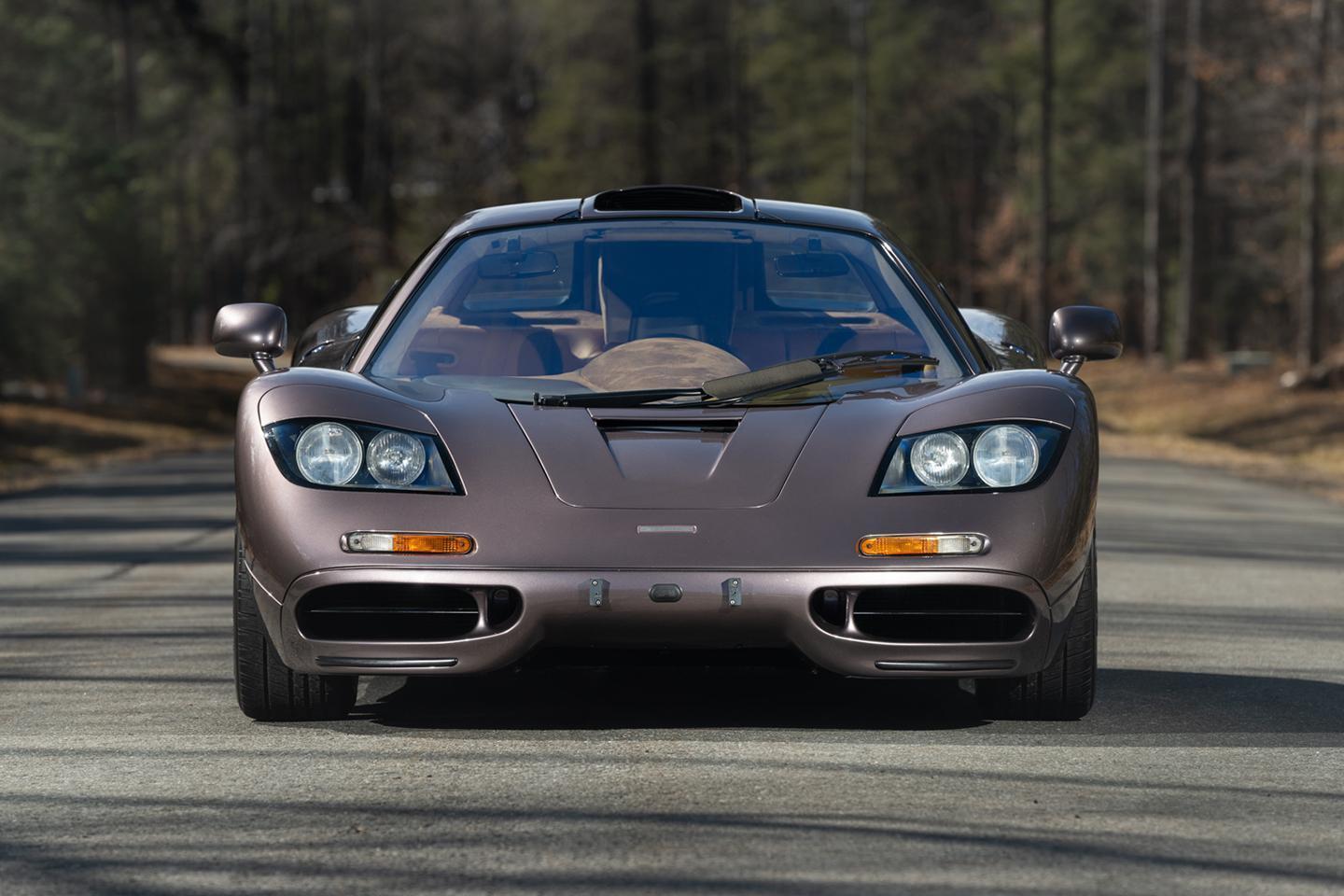 Monterey Car Week has become famous not just for the occasional headlining supercar reveal -see the much-hyped Lamborghini Countach, for this year's example - but also the major auctions that are held under its umbrella. According to Wikipedia, ten of the top 20 prices paid for cars at auction occurred at Monterey (or Pebble Beach, more specifically), including the $48m someone handed over for a Ferrari 250 GTO back in 2018.

That makes the $20,465,000 spent securing a 'time capsule' McLaren F1 look almost parsimonious, yet it is the largest amount ever paid for the British hypercar. In fact, if we trust in the diligence of Wikipedia's updaters, it is the most paid for any car that doesn't herald from the fifties or sixties. Which is some tribute to a car McLaren launched in 1992.

As you might expect, the example in question is rather special. Chassis 029 has spent most of its time hidden from view in a Japanese collection, and accrued just 243 miles since it was built. 'Carefully maintained and rarely driven' says McLaren, and sold with its original FACOM tool chest, fitted luggage, titanium tool kit, official 'Driving Ambition' book, and special TAG Heuer watch.

Adding to its cache was a unique colour - named Creighton Brown after one of McLaren's executives - and with Light Tan and Dark Brown leather upholstery inside. It does look the part, as all 106 examples of the road-going F1 tend to. The timelessness of Gordon Murray's original design is now hardly in question, nor is the continually sky-high prices that the car commands. Indeed, the previous auction record was set in 2019 when someone paid $19,805,000 for an LM.

"We were incredibly proud to present this exceptional McLaren F1, and tonight, the market confirmed the sheer prowess of this unparalleled supercar from one of the most legendary names in motoring," said Gooding & Company President, David Gooding. "This sale was a historic moment not only for Gooding & Company, but for the McLaren legacy and the entire industry as a whole."

Predictably the press release gives no clue as to who bought the car (was it you? You can tell us!) but it's a fairly safe bet that after briefly witnessing the Californian sunshine, it'll be whisked into another underground bunker of a garage. Sad news for a hyper car most definitely built to be driven, although probably prudent for an asset with an exemplary history for accruing value.