GTO Engineering's ground-up creation will get a lavish cabin to complement its 10,000rpm V12 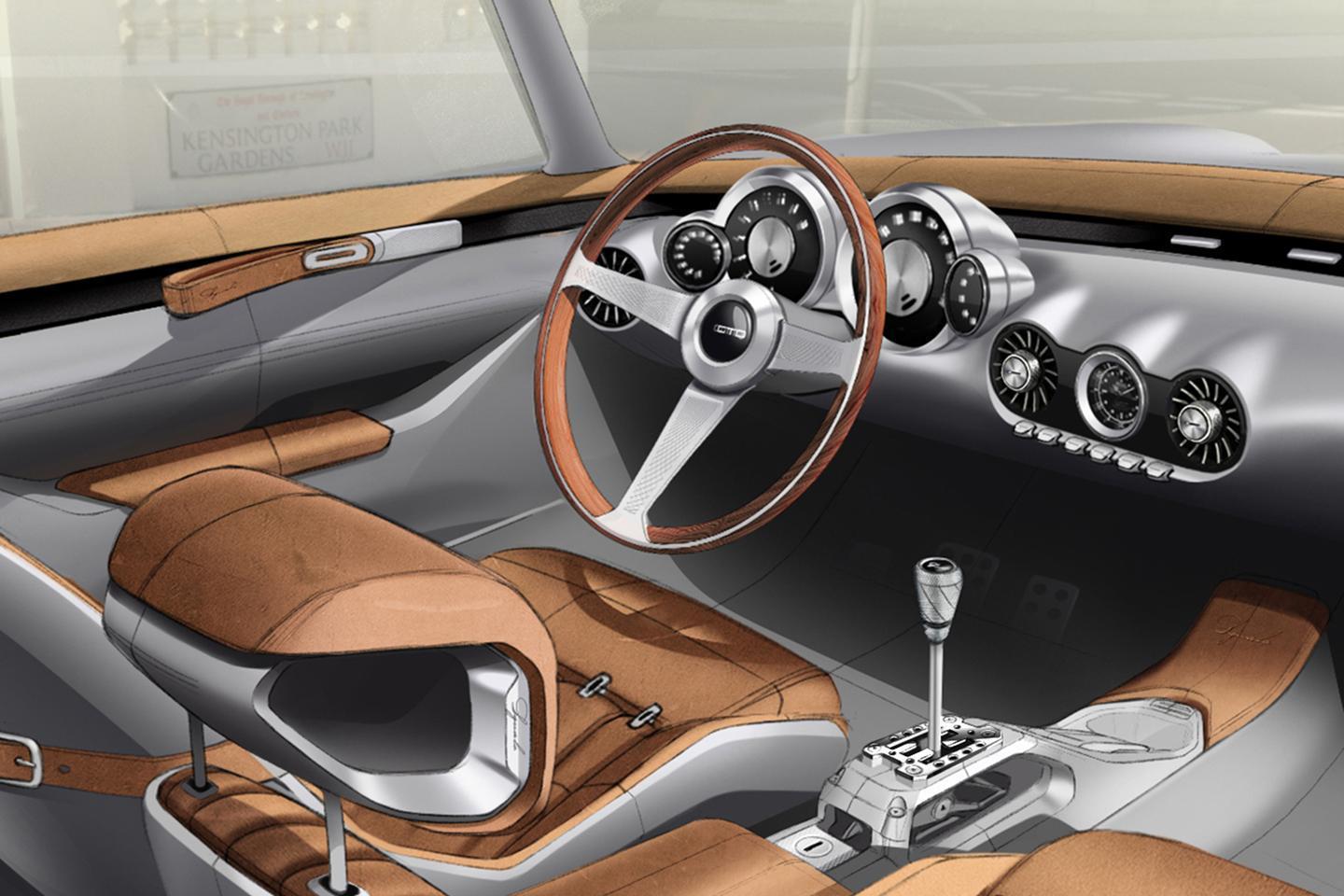 GTO Engineering has provided an early glimpse of the interior it’s designing for the Squalo, its 250 GT-inspired featherweight that will feature an all-new 10,000rpm V12. In fact, everything about the sub-tonne Squalo is set to be all new, and nowhere clearer is that than inside, where a retro theme will be combined with modern creature comforts like a hidden infotainment system and cup holders. It’s appropriately ‘old meets new’, although rest assured the focus is very much on analogue simplicity. Just how we like it.

From the sketches alone it’s apparent that this is a slightly different take on the 250-inspired formula to have gone into RML’s 550-based Short Wheelbase, which PH met up close (albeit in clay form) earlier this month. GTO Engineering’s ground-up sixties Ferrari homage, which is due for completion in 2023, places its cabin into a structure developed specifically for this purpose, freeing space at the back behind the seats – but not impeding fitment of key features, like an open-gate manual gearbox lever that protrudes proudly out of the transmission tunnel.

It seems there's been as much attention paid to ensuring practicality as there has been in maximising excitement from under the bonnet, and the drawings released today show how much room there’ll be for your stuff. Adding to the space we assume will be offered in an actual boot, behind the cabin’s pair of pinched-leather-clad seats is a shelf for your bags, with yacht deck-aping metal strips, presumably to protect the leather from being scratched by your suitcase. We also spot a glove box held shut with leather straps, as well as cup holders ahead of the gear lever, so you needn’t pack too light. Other than that, it’s vintage vents, dials and a wood-rimmed steering wheel. Lovely.

Berkshire-based GTO Engineering has, we’re assured, included several digital features in the cabin, with smartphone integration tech and a touchscreen all there, albeit hidden until asked for. The last thing you need in a car with a sub-165kg V12 – complete with hollowed-out internals, an anticipated plus-460hp output and 10,000rpm limit – is an attention-grabbing infotainment system. That is, until you need sat nav to divert you around the inevitable continental ring road traffic jams that stand in the way of you and that harbourside beer at eight o’clock...

As you’d expect, the ergonomics and cabin materials are set to be about as finely honed as things come. GTO is already rather handy at developing its own components to suit multi-million-pound Ferraris, and so it goes for its own ground-up creation - especially as the limits are no longer set by a vintage machine’s former glory but rather the engineers’ own imaginations. GTO Engineering claims “optimised” pedal, wheel and gearbox lever placement, which should make taming this near 500hp/tonne machine all the more rewarding.

“Squalo drivers will spend more time inside the car than looking at it from the outside, so it was vital to us that we not only listened to our customers but also drew on our experience of driving sports cars to focus on what’s important within the cabin: simplicity and driver engagement,” said GTO Engineering managing director Mark Lyon. ““As a bespoke, hand crafted vehicle we want to make sure that every detail has been carefully thought out, and are continuing to be deliberated at length as we get closer to the production specification.”

Interestingly, GTO Engineering hasn’t finalised a production number for its run of Squalos just yet, so orders are still being taken. That said, most of us can sit back in our chairs, because not only will the run to be in the tens rather than hundreds, pricing is anticipated to be comfortably over the million pound mark.