Hold onto your hats now - Lotus has officially confirmed that the company is planning an SUV and will have a prototype ready in just 12 months.

Here's what we know after speaking with CEO Jean-Marc Gales on the phone. Firstly, the new car will be true to the Lotus DNA, we're promised. "All SUVs are big and fairly heavy. We want to built a car that is lighter and faster - a true Lotus." Gales said. 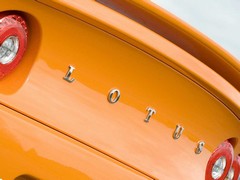 To that end it will be built on a new platform mixing steel and aluminium and weigh around 1,500-1,600kg, which is around 200kg lighter than the car that Lotus is pitching it against, the Porsche Macan.

It'll likely be powered by a Toyota engine, making it petrol-powered, and will have some form of electrification, Gales said. That's partly because the car isn't due until 2019 at which point most larger cars will be hybridized in some way.

The new Lotus SUV won't be produced at Hethel but instead in a new plant planned in China with a local bus maker (among other ventures) called Goldstar.

While it'll be made there, the car will be designed and engineered in Hethel and sold in Europe, Gales promised. However it was clear from the chat that the prize is China, poised to be the world's largest SUV market by 2020.

Given that, Lotus sales projections for it are modest at around 5,000. With the firm believing it'll sell around 4,500 sports cars globally around then, up from 2,000 now, the company will still be very much a niche player. 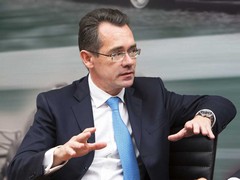 Gales confident of the SUV project

The question is whether Lotus really can transfer its expertise in sports cars to a completely different category. Gales argues that it can, pointing out that the engineering side of the business has helped out other car makers in areas such as steel body structures, composite materials, hybrid drivetrains and handling set-up. Now's probably not the right time to mention the

, but you take his point.

The really tough bit will be to develop this new lightweight platform and make the economies of scale work on such a small production run. Gales said that some elements will be borrowed from parent company Proton, which doesn't bode well. However, assuming this is a serious project to be sold globally and not just a piece of eye candy to give Proton its long-desired foot-in-the-door into China, then we have to hope this will move the game on in terms of SUV handling.

"The most important thing is to bring to market a lightweight and well-handling SUV that doesn't compromise on interior space," Gales said. That last bit suggests it won't be a BMW X4-aping coupe SUV, which is good. 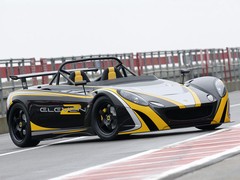 But there's a 3-Eleven coming as well - phew

Perhaps worried we'd think the company was taking its eye off the ball in terms of sports cars Gales also announced that the replacement for the 2-Eleven track day special, officially called

, will be revealed at the Frankfurt motor show in September. He promised a target weight 900kg with the 400hp 3.5-litre supercharged V6 from the new Evora 400. Which sounds highly promising.

Work on the new sports car platform won't start until the end of next year at least, so the sports car models continue to be revamped with the Exige next for a makeover.

By announcing an SUV, Lotus is the latest in long line of formerly aloof sports and prestige makers are now heading aloft for their next model in a bid to improve the bottom line. Whether the company can make it work is one of the many questions we all continue to ask over the next four years.