After a teasing appearance

, Aston Martin has confirmed details for its all-new (mostly) AM 310 Vanquish with a fresh batch of official photos and further details on its latest 'super GT.' 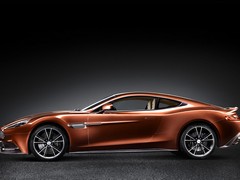 Now with added One-77 influence

There's been a degree of sniggering at Aston playing it safe on the styling front and, reading between the lines of the press release, it's clear this has been noted and, in true PR fashion, spun into a 'good news' story. So the official version includes lots of "latest take on Aston Martin's iconic visual language", "unmistakably an Aston Martin", "clear and coherent lineage from its heritage" and the rest but the clear subtext is a recognition that recent Astons have all looked a bit samey.

Indeed, Ulrich Bez is quoted as saying "AM 310 Vanquish is the ultimate expression of Aston Martin design ethos" while elsewhere the press material says it "represents the zenith of current Aston Martin design and engineering." Which could imply change is round the corner. 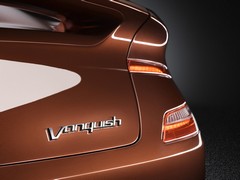 For now thought the AM 310 Vanquish could be said to represent business very much as usual. But who's to complain about that, when all's said and done! Under that swoopy, One-77 inspired skin - more heavily contoured and, perhaps, fussier than the DB9 and its derivatives - is the latest generation of Aston Martin's 'Vertical Horizontal' architecture, now clothed entirely in carbon fibre body panels following on from the

DBS's forays into this must-have tech

This makes it considerably more exotic than the aluminium used by obvious rivals like the Mercedes SLS AMG, the new Vanquish's £190K pricetag and 573hp seemingly pitched very much with the £170K, 571hp Gullwinged Merc in mind. 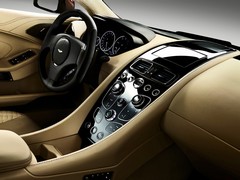 That power comes from an updated version of Aston Martin's long-serving 6.0-litre V12, an increase of 56hp over the DBS's 517hp while torque climbs from 420lb ft to 457lb ft. It's a couple of tenths quicker to 62mph at 4.1 seconds and tops out at 187mph, actually 3mph shy of the manual DBS as it happens but a little quicker than the 183mph of the equivalent Touchtronic 2 version. Indeed, there's no word on whether the Vanquish will be offered with a manual but you'd have to say it would be unlikely, the ZF-based Touchtronic system as crisp and as quick as you'd like and more appropriate to the Vanquish's GT pretensions. As is the much larger boot, 60 per cent bigger than the DBS at 368 litres in fact and apparently able to, in Aston's words, "carry sufficient luggage for even the most ambitious grand tourist." What that really means, of course, is space for golf bags but credit to them for at least alluding to more romantic ideas of what cars like this really get used for. 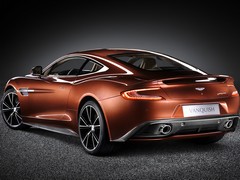 Deliveries for the new AM 310 Vanquish start at the end of the year in the UK and Europe, Bez boasting that it represents "the perfect way to signal the beginning of our centenary celebrations next year."

Hyundai and Ineos to partner on hydrogen tech