As joint ventures go, the development of the Subaru BRZ/Toyota GT86 pair was very one-sided, with Subaru doing most of the heavy lifting to get the car ready for production. The reasons for that were down to Toyota being at full production capacity yet still wanting a 2+2 coupe that was fun to drive. Having a stake in Subaru, a solution was at hand. 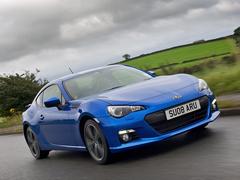 This is a BRZ, in case you hadn't guessed

It also helped the smaller Japanese firm had its FA20 2.0-litre boxer four-cylinder engine - an evolution of the EJ20, with Toyota D4-S direct injection - at the ready. Mounted 12cm lower and 24cm further back in its chassis than the EJ20 in an Impreza, there's no question this was a car aimed at keen drivers.

With 200hp delivered at 7,000rpm and peak torque of 151lb ft at 6,400rpm, this was a motor that demanded to be worked hard but revved quickly. In full flight it takes 7.7 seconds to get from rest to 62mph, and top speed is 140mph for the six-speed manual gearbox model. A six ratio auto transmission is another option.

One of the defining features of the BRZ/GT86 is its tyre choice. Fitted with Michelin Primacy tyres, grip levels were deliberately set lower than other comparable coupes. The reason was to make the rear-drive Subaru/Toyota more fun at lower speeds and it proved an instant hit with most road testers and customers alike.

In 2013, Toyota launched a limited edition of 250 TRD (Toyota Racing Development) models with 18-inch TF6 alloy wheels, body kit and freer flowing exhaust, though performance was unchanged. This reflected the tuning culture that was fast growing around these models, which continues today. 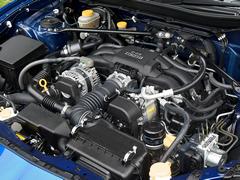 A mild update in mid-2014 was followed by more improvements in mid-2015, but it wasn't until the start of 2017 that real upgrades were introduced with more low-end power to further improve day to day driving.

Regardless of whether you choose the Subaru BRZ or Toyota GT86, both cost from around £12,000 for early cars with reasonable mileages and full service records. That makes them a good bet for everyday duties and weekend blasts, and plenty are also used for track days.

Toyotas outnumber Subarus by about five to one on the used market, but the choicebetween them is mostly down to personal badge preference. Back in 2012 PH compared the two if you really need to know the differences!