Forgotten about the four-cylinder F-Type? You shouldn't have... 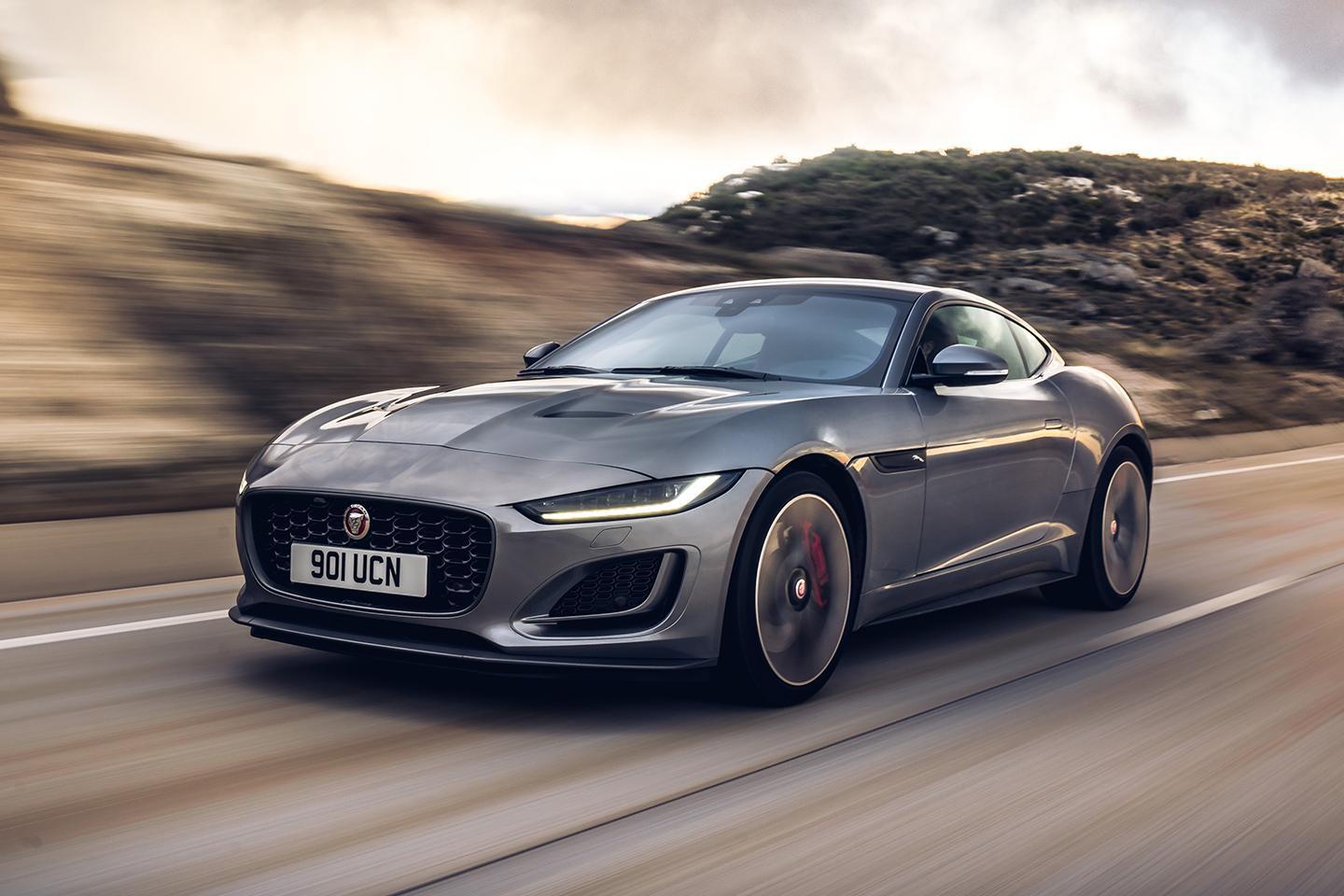 Picture, if you will, a Jaguar F-Type. Easily done, right? Now imagine it going down a road. Of course, you're like to have conjured up a V8 convertible thundering along with top down or a V6 coupe snarling its way to the horizon. Makes sense - so much of the F-Type appeal is wrapped up in the hilariously over-the-top nature of its engines that it can be easy to forget about the one powered by the 2.0-litre also used in a Defender.

Particularly so with the most recent F-Type update, the one that's binned the V6 entirely and brought a new 450hp V8 model to an enticingly affordable - for the experience on offer - price point. Why countenance four miserable cylinders when the fire and brimstone of the 5.0-litre jobbie has been brought down to Cayman GTS money? And moreover, why do so when the P300 has gone through the facelift with the bare minimum of changes - i.e. those cosmetic ones that all models have received?

Well, for one pretty simple reason: since its launch in 2017, the four-cylinder, entry level model has been the best F-Type to drive. Relieved of the weight of a bigger engine, the P300 steered, rode and handled better than its brawnier siblings. Oh sure, it wouldn't light up its rear tyres in fourth gear with just the 295lb ft, but improvements to steering and ride quality are easier to appreciate everyday than a car's powersliding potential. Whoever you are.

Given that the overhaul for 2020 was relatively modest - the interior is better but still not good enough, the exterior still handsome despite a mild front-rear mismatch - it should come as no surprise to learn that the P300 still impresses. Put simply, it's the F-Type that requires the fewest handling excuses made for it. In the old V8 cars it was easier to excuse a lack of finesse because they'd do big skids, while the V6 could be let off lagging behind key rivals thanks to its rousing soundtrack. The four-cylinder doesn't need any of that - it just drives really well. Unsurprisingly its advantages are much as they always were: not only does the front end respond with greater keenness thanks to half the cylinder count, what the driver feels through the steering wheel is improved as well. All F-Types steer pretty nicely, but the reduction here in bit of resistance and stiction at the wheel is noticeable. And welcome.

The impression, without being too dramatic about it, is of a car unshackled. This is surely how the F-Type was always meant to drive. Or how you'd always hoped it would. There are hints of eagerness and fluidity in the more powerful models, but they're ultimately undone by those burdensome extra kilos. The P300 still drives like an F-Type, with a traditional front-engined, rear-drive balance and responses rather more GT than sports car, yet crucially it brings a clarity and agility that you only get when excess weight has been trimmed to the benefit of chassis balance.

Ah, you're thinking, but an F-Type with a four-cylinders is like one of those vegan cooked breakfasts or holiday mocktails - missing the point of the exercise entirely. Well, not exactly. While nobody is suggesting that four cylinders will ever sound as good as eight, Jaguar should be praised for the effort made here in retaining (or instilling) some of the flagship F-Type drama into a more humdrum model. The sound is augmented, of course, though far more pleasant on the ear than the flat-four grumble of a 718, and closely stacked ratios - third runs to just 70mph - means you're kept busy (and entertained) with paddles or lever at realistic road speeds. Sure, the unit is no great revver, though it is happy to be held near the redline, and before long you're enjoying the meat-free fry up on four wheels. After all, you're still cocooned in an F-Type, peering out over a long, evocative bonnet and feeling through hands and bum that this is rear-wheel drive Jaguar. It's a different experience, for sure, though it shouldn't immediately be dismissed just for lacking a V8. Which you may have known already, but this 2021 facelift has served to remind everyone of the point.

However, it's also brought to the collective attention how the competition has moved on since 2017. Because although an even lighter, even better to drive 718 Cayman was on the scene, there wasn't, for example, a Toyota GR Supra. And those after a handsome, fast, straight-six GT following the demise of the 3.0-litre F-Type could do an awful lot worse than getting one of those. 2017 was also prior to the arrival of the BMW M2 Competition; again, anyone wanting to celebrate six cylinders, rear-wheel drive and an immersive driving experience won't find much better.

Those cars are mentioned, not to belittle Jag's achievements here, but because they cost similar money to the four-cylinder F-Type. The P300 range starts at £54,510, with the R-Dynamic from £57,510 and the First Edition as tested here from £63,980. The M2 Competition starts at £52,405, the Supra from £53,035. However good the F-Type is, there's no escaping the appeal of the opposition, especially at less outlay. The test car we drove was optioned to £66,335.

And that's before considering any lightly used, more powerful options in the range. Because though this is quite clearly the best driving F-Type on offer, those who really cared about handling wouldn't be buying a Jaguar at all - they'd have some variant of Porsche 718. And a pair of earplugs. Or perhaps even an Alpine A110. If there's a good deal available on a P300 and you like the F-Type, then snap it up - it's a far better Jaguar sports car experience than prejudice would have you believe. Just don't go spending silly money; the F-Type is most certainly stodgier with a V8, but it remains much more memorable as well. When it comes to actually buying and owning a sports car, that's surely what counts.