So, Mercedes-AMG has built itself

. Risky move? Quite possibly, but we know Affalterbach doesn't do things by halves. Which perhaps explains why the limited Edition 1version of the A45 pictured here looks like the progeny of an unholy union between an A-Class and a Formula 1 car. 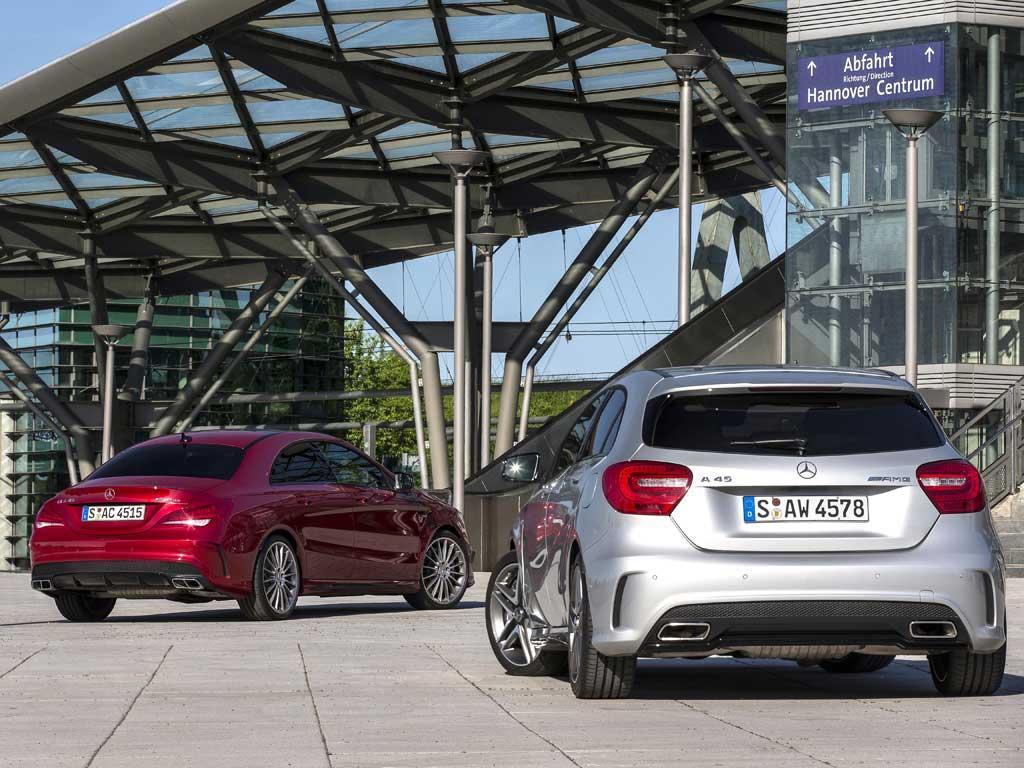 It also explains the engine, which, despite having literally half the brand's preferred number of cylinders, produces 360hp from just 1,991cc. It is the most powerful 'series production' four-pot in the world, and until recently the most power dense, too - AMG's twin-scroll assisted 181hp per litre just pipped by the 193hp per litre 3.8 twin-turbo in the

Constraining the new motor's excitement, the A45 has a thoroughly fettled version of the 4Matic four-wheel drive system from the Mercedes CLA, an entirely new front axle, new rear suspension arms and new bushings, as well as uprated springs and the dampers; stronger steering knuckles accompany a quick, constant-ratio steering rack.

Torque - all 332lb ft of it - can be split 50:50, but the A45 remains a front-driver most of the time. How much the back axle intervenes depends on how far you disengage the three-stage ESP system, but this is not an AMG you can steer from the rear. Curve Dynamic Assist aims to tighten the turn-in by using the ESP to "imperceptibly" brake the inside wheel, however. 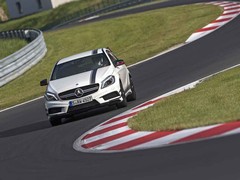 Bilster Berg looks great, Edition 1 aero not so much

For better or worse (need we ask?), the Edition 1 won't be coming to the UK. But since it was this Mercedes had us pedalling around the now complete

, we thought you ought to see it. UK buyers can option the same 'aero' pack.

An amazing circuit too. 2.6 miles of undulating and occasionally off-camber tarmac, complete with miniature corkscrew and largely blind corners, it does just about everything it possibly can to unsettle a car. And the A45 simply loves it.

Show this thing an unrestricted sequence of turns and, where it can feel leaden and flat-footed on the road, it'll be up on its tiptoes and hustling for apex after apex, propelled by an engine that genuinely belies its limited capacity. 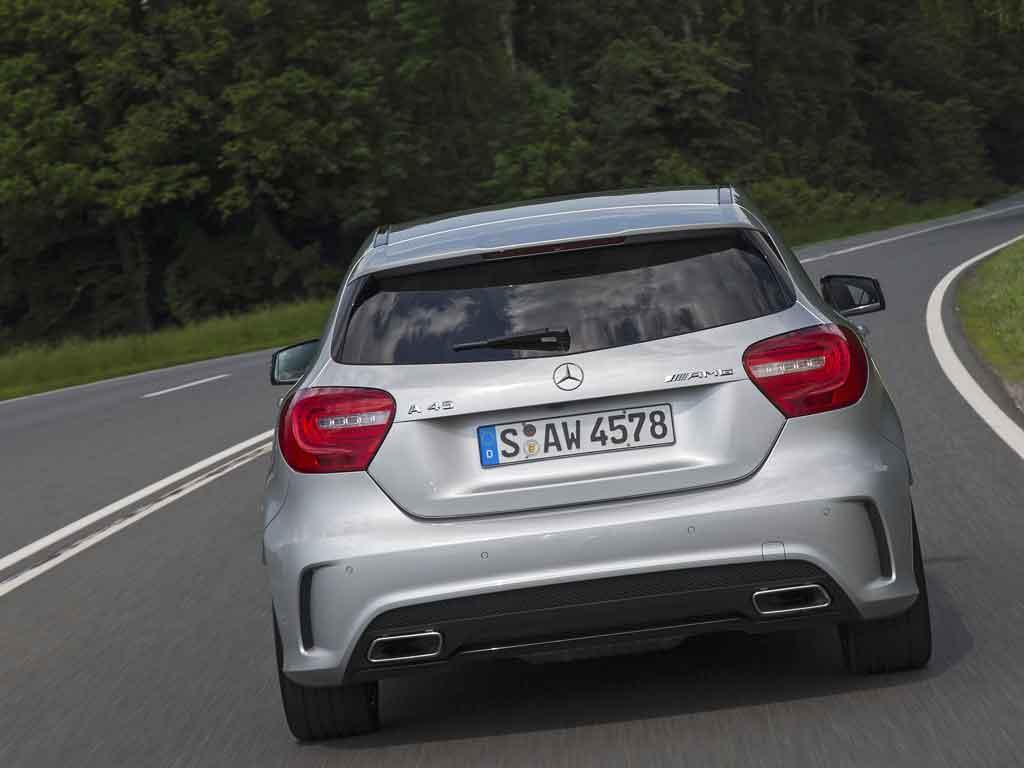 Fun on the road, comes alive on track

It's not entirely allergic to understeer, but ESP Sport allows a fair degree of safely marshalled on- and off-throttle adjustability. It's never intimidating, but nor is it ever boring. Biggest problem on track is the dual-clutch gearbox, which - inevitably - doesn't always agree on your downshift priorities. The uprated brakes are properly strong.

AMGs also demand noise, and lots of it - which the optional Performance Exhaust is more than happy to oblige. Those of weaker constitution may prefer the standard system, which uses trick valving for quieter cruising yet still sounds like a monster Bunsen burner being lit with every full-bore upshift; the over-run is typically AMG dramatic as well.

The suspension is ... firm. But it's also beautifully, cohesively damped, so shouldn't prove completely disastrous back home. The choice of red seatbelts is debatable, but the rest of the interior is appropriately special, and taken altogether you can start to understand why AMG's agile, aggressive, debut hot hatch costs a whopping 38 grand. 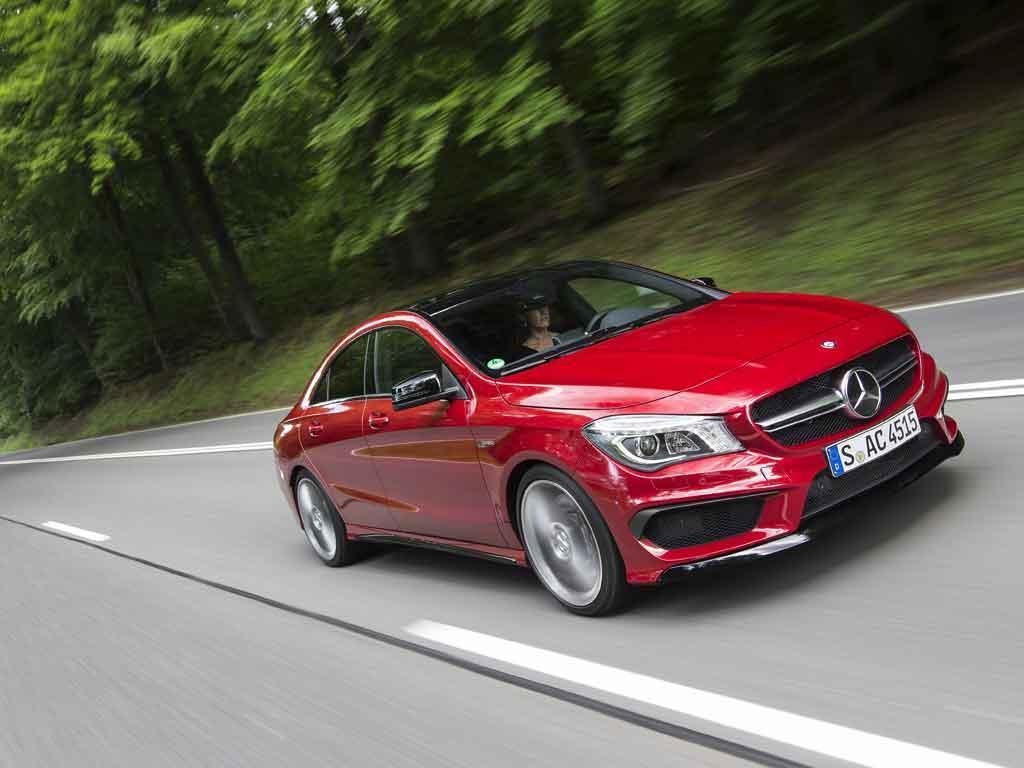 Alternatively, you could buy the as yet unpriced

- which is the same, but slightly softer. It feels more like a traditional AMG as a result, but most buyers will probably divide the two on visual preference alone.