Where to test the latest GT-R update? A wet and windy Wales of course!

How long into ownership of a Nissan GT-R do most people go before thinking "what this car needs, above everything else, is considerably more horsepower!" Owners, you're invited to explain the logic. Because out of the box and full seven years on from when PH first drove

your first full-bore acceleration run will still do funny things to your insides and inspire colourful language. 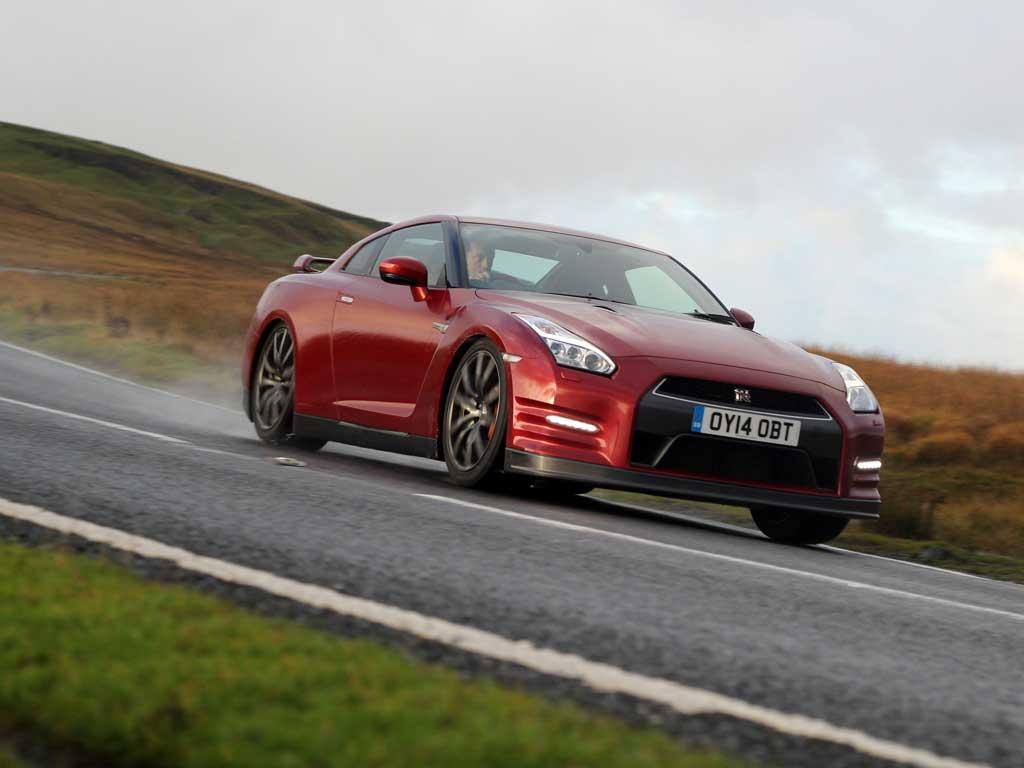 And the stats are still astonishing, the sub-three seconds to 62mph time whole tenths quicker than even a 911 Turbo S while in

form it's barely seconds off the 'ring lap time of the 918 Spyder. For an £80K car weighing 1,740kg without its powerfully built driver aboard that's still utterly ludicrous. With the rate of progress in the fast car sphere of late what other seven year-old car could claim similar relevance?

But a slavish obsession with numbers has characterised the GT-R from the start. A mindset seemingly embraced by significant proportion of online advocates, willing to slap down anyone fool enough to question the GT-R's superiority with cage fighter aggression. A stereotype not helped by videos like this.

Which is unfortunate, because there's actually a lot more to the GT-R than its steroid-popping image might suggest. 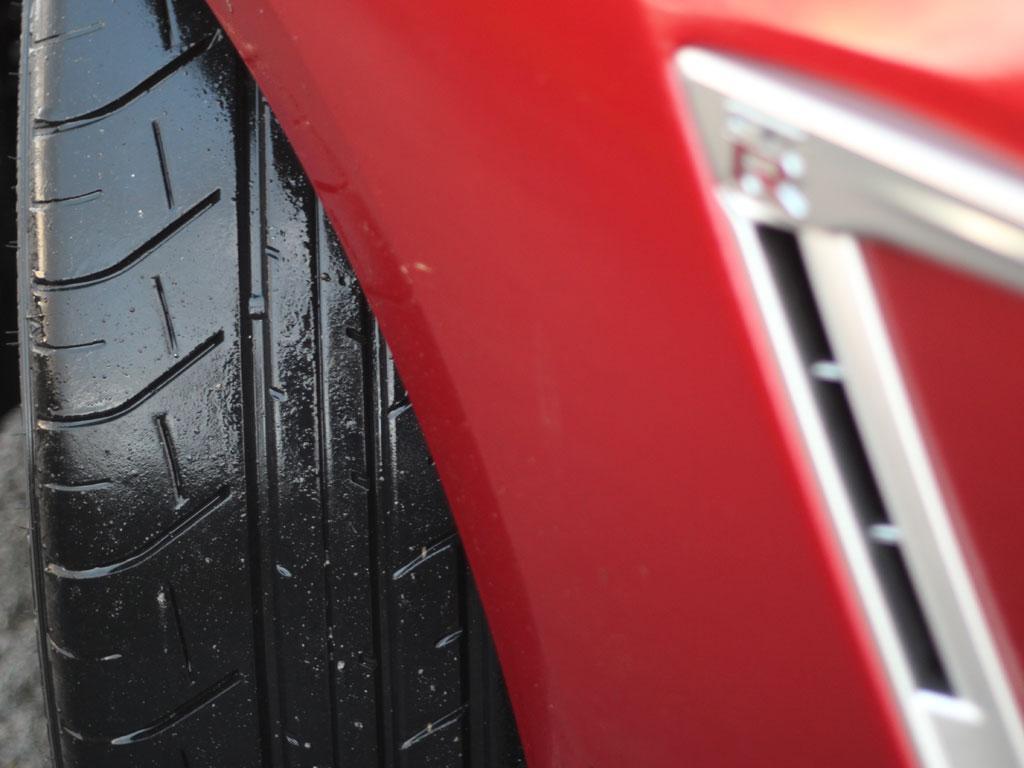 Revised tyre among the MY14 updates

But why are we driving a MY14 GT-R when, going by the calendar, obsolescence and confirmation of a new and improved 2015 model year version are probably days away? Frankly it felt like a while since we had and our only experience of this still current version was a brief drive in Japan in the carefully controlled context of a

. With the autumnal weather blowing in and the harsh, choppy tarmac of the Black Mountains beckoning a more brutal test of GT-R's continued relevance seemed inviting.

Given GT-R revisions seem to come along as often as iOS updates (but thankfully without unrequested U2 albums) what's actually changed on this one, over the MY13 car? Diminishing returns mean the dramatic leaps in power from the 480hp of the original to 530hp and now 550hp have slowed to a trickle, Nissan summing up the improvements as "recalibrated suspension for more sophisticated ride and better road-holding, enhanced exterior with LED lamp technology and distinctive front and rear design [and] added premium cabin interior with improved quality and trim options."

We asked for specifics, not least on the mechanical changes to the suspension. A spokesman said "it's a closely guarded secret in terms of actual numbers" and "Japan won't disclose that info I'm afraid" but the direction of travel is clear; as the GT-R has matured it's attempted to act as if it has too. 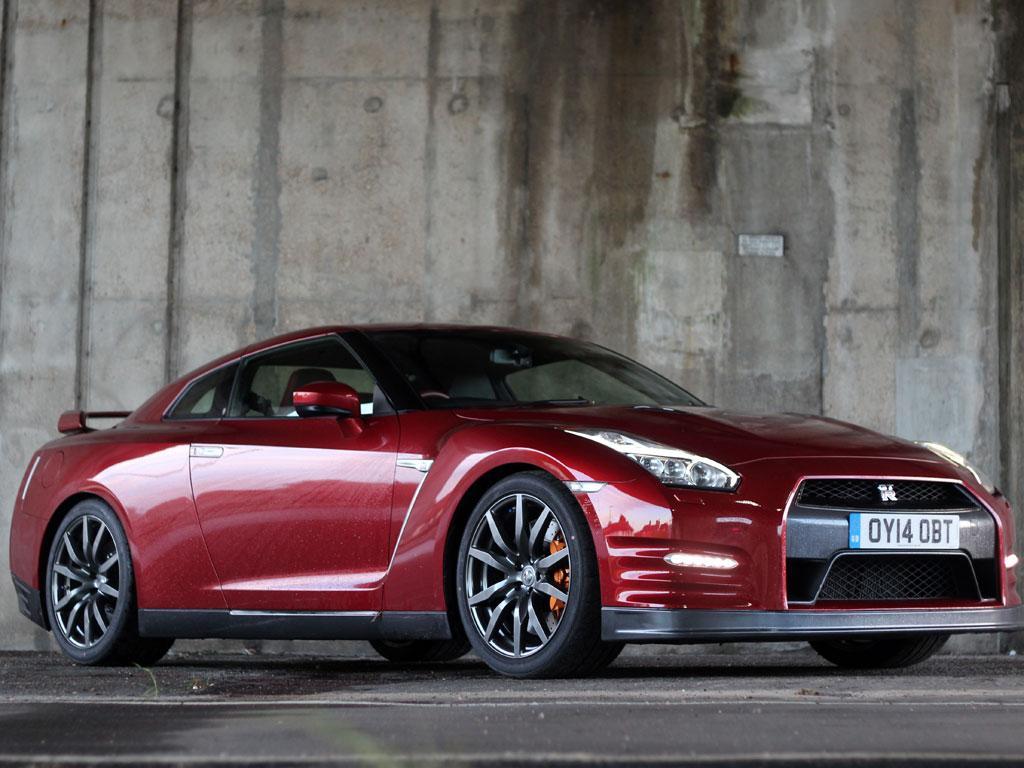 What does it take to make a GT-R sensible? Paint!

Especially in terms of comfort and refinement. In 2009 Nissan was already boasting that "by changing the front spring and damper rates, the ride comfort is improved, while handling becomes even more dynamic thanks to improved responsiveness and more accurate control of suspension movements." In 2012 curious asymmetric spring and damper rates were introduced that "equalised during driving, providing improved responsiveness, smoothness and steering feel, as well as enhanced cornering stability and riding comfort." In 2013 we got "suspension upgrades for improved ride comfort and sharper handling" while for this MY14 car "minute vibrations and road noise [are] reduced, a relaxing, comfortable ride is assured. An additional benefit is improved straight-line stability, with fewer small steering corrections needed to maintain the correct trajectory during highway driving."

By rights then it should now be as refined as a Rolls-Royce Wraith, while still able to chew up 911 Turbos and spit out the bits. So to a rain-lashed, pock-marked road somewhere in Wales to find out if that's true.

Well, it's still no Roller. At low speeds the transmission clanks, the diffs scrabble and chunter at manoeuvring speeds and it feels like you sense every pebble passing under those bespoke Dunlop SportMaxx GT600s - as much as a kilo apiece lighter than those on the MY13. Great for unsprung weight and suspension response, less so if you need to replace a single tyre given it's recommended you do a full set at £1,725 to ensure they're all to the same spec. 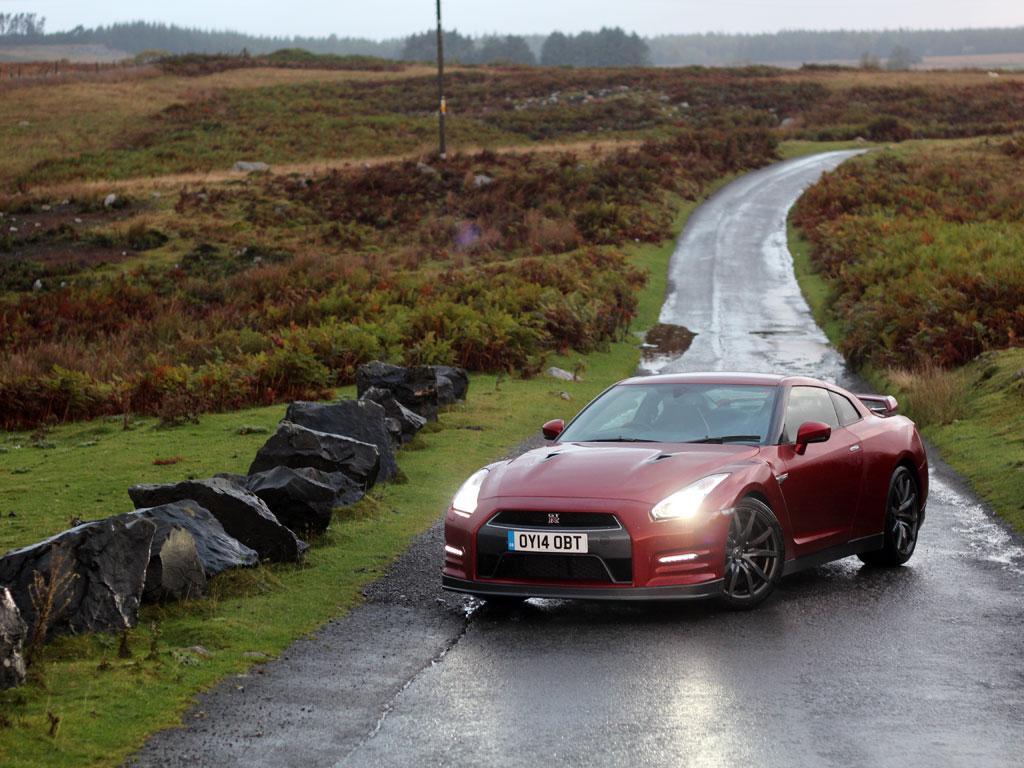 As the speeds build the engine sounds gruff, the front wheels still have an alarming keenness to sniff out cambers and white lines and there's an odd mix of huge mass and a darty enthusiasm to change direction. We drove a Turbo S in similar conditions recently and even at colossal speed in pouring rain resting pulse rate was barely troubled, the 911 spooky in its ability to feel languid and relaxed even when the numbers on the speedo and conditions outside suggested it should be a white knuckle experience. Not so in the GT-R.

Your hips feel above the axles in a GT-R, rather than in-line with them and it still feels tall and bulky. It tips aggressively into bends but then feels like it wants to understeer out of them. But a counter intuitive driving style has always been part of the package and the more you man up and lean on the technology the better it gets, squatting into that characteristic cornering pose and the rear axle as much dictating the direction of travel as the steering wheel. And by god does it pull hard, Nissan thankfully maintaining a sense of turbocharged thrust by resisting the temptation to have all the torque thumping in at low revs. The torque band is generous, stretching from 3,200rpm to 5,800rpm and boost rushes in with a thrilling disregard for the famously hefty kerbweight. By the standards of PDK, S Tronic and other dual-clutch transmissions the GT-R's six-speed unit is less refined and more mechanical in its shifts but that suits the car and every tug of the right paddle unleashes another hit of bonkers acceleration. 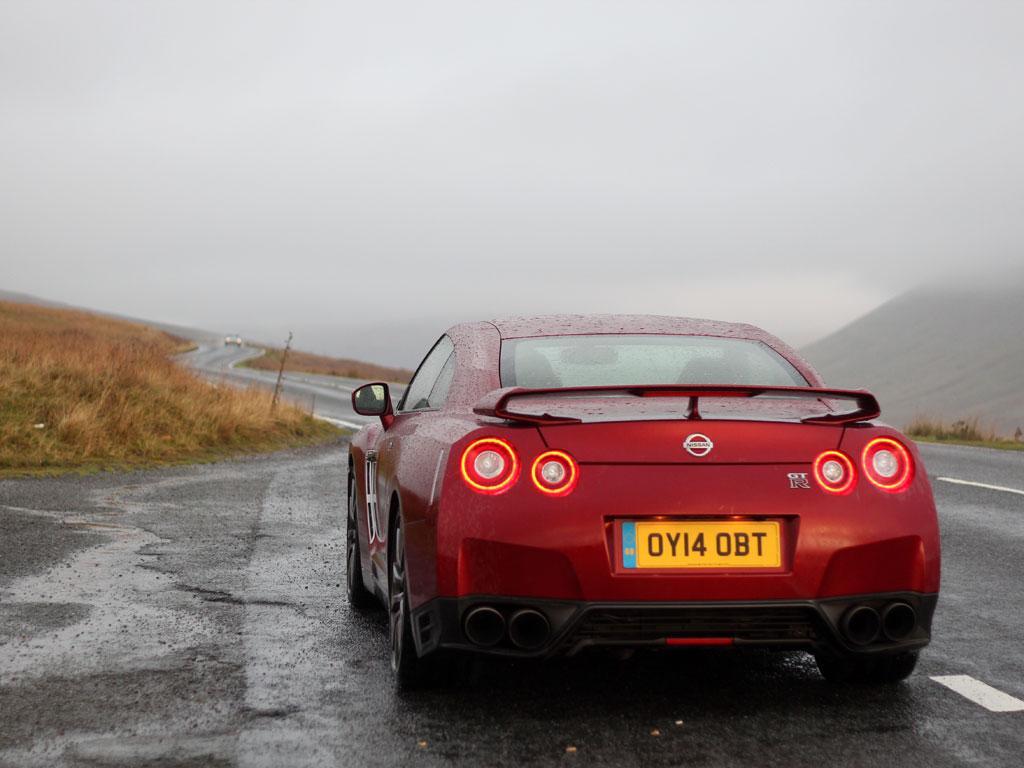 It's a lot more exciting and involving than those who dismiss the GT-R as a mere video game of a car would credit. Indeed, where a 911 Turbo feels aloof and detached the GT-R demands real involvement and focus and, in this context, reassuringly old-school. As is the thirst, the one area the Nissan hasn't been able to keep pace with compared with more modern rivals. There's more nuance to the control weights and calibration than many would expect though, a benefit of that evolutionary development model. And with drivetrain in 'R' and dampers in comfort you've got a set-up that now works well on a bumpy British road and makes the most of the inherent traction. Fast but totally in command of weight shifts and mass the way you can deploy full power mid-corner, over crests and through standing water is testament to those myriad incremental improvements.

That optional paint even goes some way to making sense of those claims of increased maturity, the GT-R's utterly unmistakable physical and aesthetic presence as distinctive as ever, especially with those trademark lights glowing like afterburners. No accident this is the car's most recognisable angle either, given it's the one generations of gamers have burned into their retinas.

Could still use an explanation of why people feel it needs more power though. Over to you...

A little taste of GT-R