Enough to make lovers of Italian car design and heritage go weak at the knees... 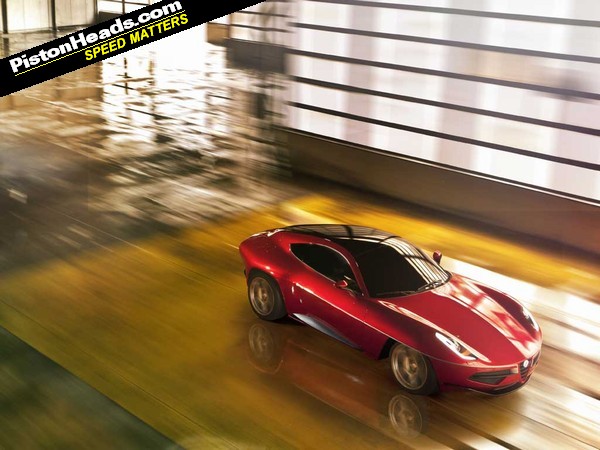 The thorny issue of reimagined old cars once again raises its head with confirmation that Carrozzeri Touring Superleggera's Alfa Romeo 8C-based Disco Volante celebration will be shown at Geneva in limited production form, following last year's appearance as a concept. 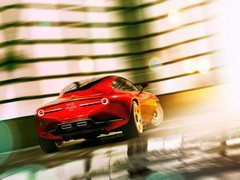 to mainstream production cars like the Mini and Fiat 500, revivalism as a design theme is still a popular currency. And one Touring Superleggera is happy to trade in.

It's an easy win though. The 8C is already handsome enough. Throw a bit of chrome at it, some emotive quotes in Italian like 'Il peso e nemico, la resistenza all'aria l'ostacolo' alluding to the celebrated 1952 C52 Disco Volante ('weight is the enemy, air resistance the obstacle' apparently) and you've got an open goal. How the Germans and their clunky, Teutonic Vorsprung Durch Technik must hate the Italian ability to make even the humdrum sound romantic and evocative. Quattroporte anyone? 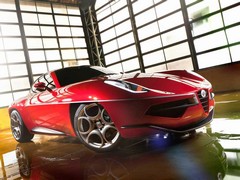 ...and then send to Milan and wait eight months

Touring says the 'excellent Alfa 8C Competizione supplies the rolling chassis and drivetrain with the electrics and electronic systems', meaning you'll have to supply your own donor 8C to Touring to commence the eight-month, 4,000 man-hour conversion process. Many parts are hand-made, the body built of a combination of traditional hand-beaten aluminium and more modern carbon fibre.

As such the new-age Disco Volante keeps the 8C's 450hp, 4.7-litre V8 and transaxle automated manual, plus the rest of the Alfa underpinnings. With 8Cs sitting at around £120K in the PH classifieds as we speak that's not going to be a cheap process, or one for the squeamish either, given that 8C production was just 500 of each bodystyle. 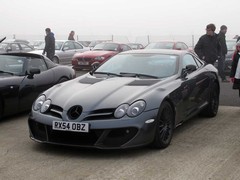 McLaren will rebody your SLR, for a six-figure sum

But there's clearly a market for these big-budget rebodies, the six-figure conversion for the SLR by McLaren Special Operations being just one example with nearly half a dozen cars now completed. Touring isn't saying how many Disco Volantes it expects to build but maintains that it'll be a 'very limited series.'

This isn't the only example of reimagined classic car in the news lately either. Over the pond Gullwing America, builder of the spaceframe chassised, 300SL-inspired Panamericana, was last week reported as building a special SLS-based one-off inspired by the old Mercedes 300Sc.

Now, true Merc geeks will admire the historical link here, the original 300SL's engine and running having been donated by the 300 saloon before being spiced up with fuel injection and inserted into a spaceframe chassis. The Gullwing then returned the favour, 1955-on 300Sc models getting the SL's direct-injection six and an 'Einspritzmotor' badge on the rump for a beguiling mix of pre-war styling and post-war tech. 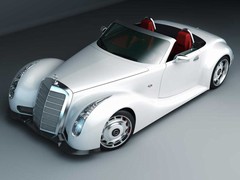 Which is a tenuous way of saying a 300Sc-inspired car running SLS running gear is, er, kind of reviving an old tradition. No? Well, whether you buy into that or not there's something pretty cool about the final result.