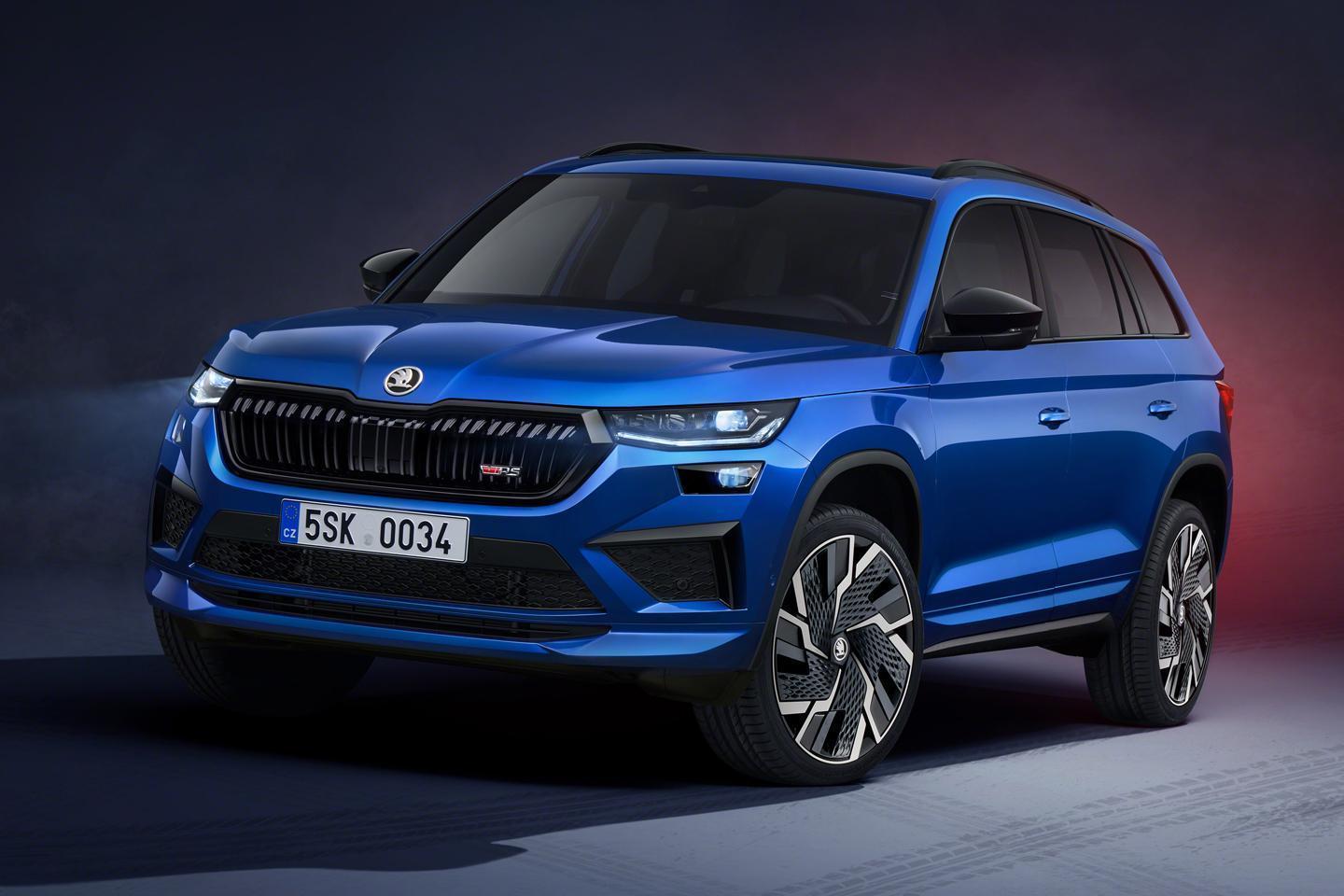 As predicted by PH when the oil-burning Kodiaq vRS was discontinued late last year, Skoda has announced that it’s filling the void with a petrol-powered 245hp model. Part of a wider update of the seven-seat SUV, the move is doubtless motivated by the falling popularity of diesel, not to mention the EU6 AP emission limit problem. Shared with the Octavia vRS and Golf GTI, the familiar EA888 turbocharged four-pot offers a 5hp boost in this spec and is said to be 60kg lighter than its predecessor. Expect it to fall short on torque though, with an anticipated (but yet to be confirmed) 273lb ft peak.

Not that the TSI evo4 wants for tractability, with that peak twist available from 1,600rpm to 4,300rpm in the Octavia and GTI, and maximum power there from 5,000-6,500rpm. That’s about as elastic as a non-hybrid petrol four-pot can be, and it should ensure the 2021 vRS SUV’s character is suitably rev-happy, with a little more keenness from a significantly lighter front end. It also benefits from all-wheel drive, of course. Predictably, Skoda promises a “more dynamic” car.

Trading a few miles per gallon is obviously no bad thing, although it's the reduction in NOx that'll standout on the Skoda spreadsheet. The engine has a fuel injection pressure of 350 bar, something the manufacturer is at pains to highlight as it makes the case for maximum efficiency. Expect its fuel economy to be vaguely respectable - we’re not given a number yet, but in the lighter and more aerodynamic Octavia, 40.4mpg is easily possible. In the heavier, blunter Kodiaq, and measured against the 35.5mpg combined diesel vRS, it ought not to be terminally thirstier. But more than respectable.

Of course, the Kodiaq's real USP is seven seats, so while it has no shortage of rivals in the petrol-powered arena, Skoda will likely feel optimistic about the car's positioning. As ever, it will throw a lot of kit at its range-topping, with the promise of LED lights and electronically adjustable seats as well as its own mix of aesthetic and materials upgrades. Don’t expect pricing to change drastically either, given the strength of the premium-badged opposition beyond the previous model's £42k starting price. We'll know for sure as market specific information becomes available.