Okay, so a skip fire on the driveway might seem preferable - but the open-top Cooper wasn't all bad 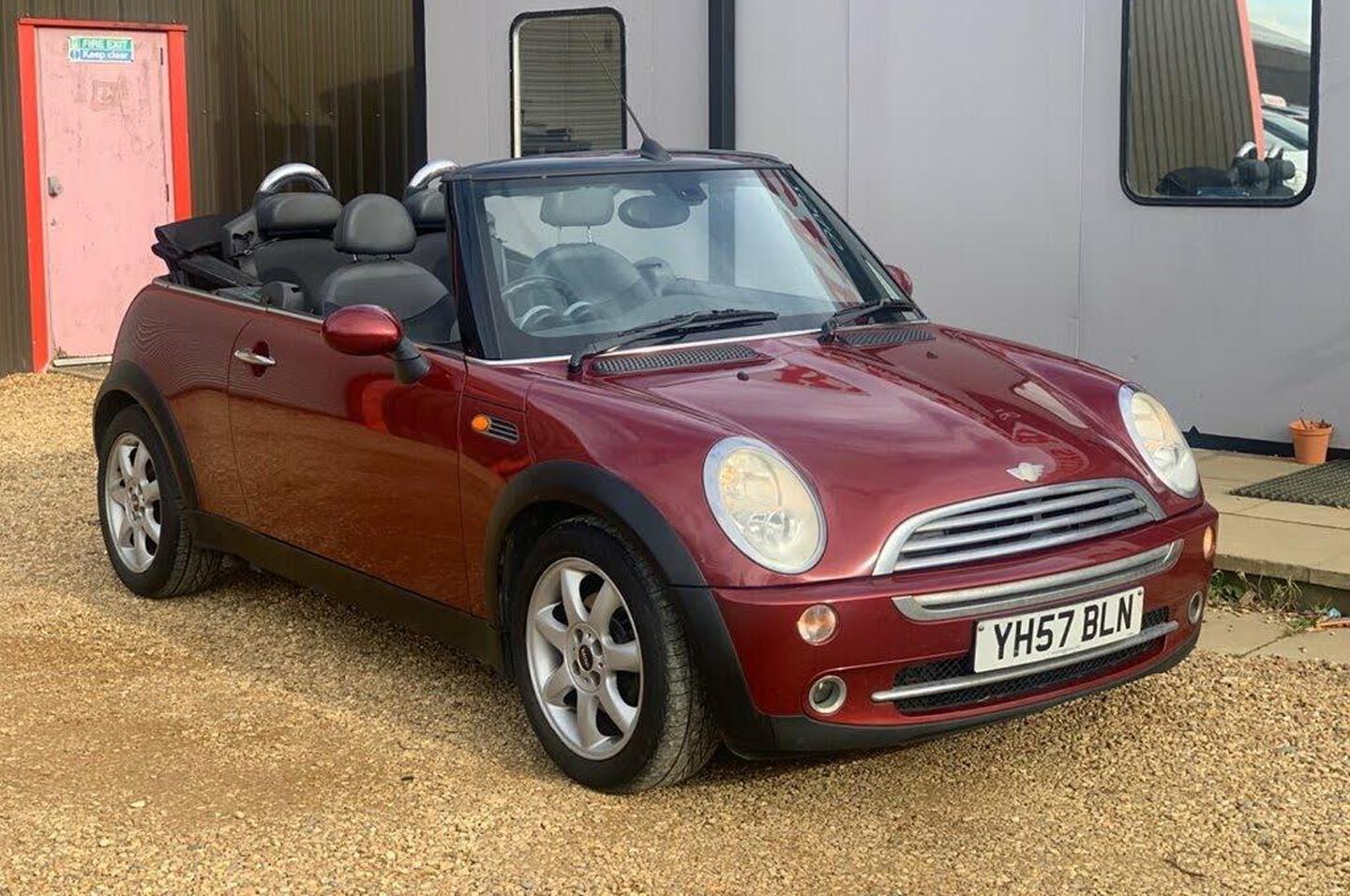 What we’re about to tell you isn’t widely known, but Shed has psychic abilities. In fact, before he moved to his current rural retreat he used to earn a few bob putting on a Clinton Baptiste style show at the Batley Hacienda.

He hasn’t done it after after foolishly agreeing to give it a go in the local community hall, leading to an unfortunate incident involving two goats and a wheel of Cheddar cheese. He did once try a touch of ‘look into my eyes, not around the eyes’ hypnotism with the village postmistress in an attempt to get her to do a free special delivery on his exhaust. That didn’t work either, but Shed is much more confident about the message that his spirit guide has sent him about this week’s Mini Convertible offering, which is that it was previously owned by a lady called Sarah.

Now, the cynics among you may point to the letters ‘SARAH’ stuck on the boot lid, but Shed swears that he couldn’t see that through the layer of dirt caked onto his PC screen. That’s probably also why he also didn’t see the apparently non-stock shape of the passenger side door panel, suggesting that Sarah (or a previous owner who may also have been called Sarah) was a bit unlucky in supermarket car parks.

You might have read a PH story earlier on this week about the proposed 2025 end of the internal combustion engine in the Mini. If you didn’t, sit in the corner and write out 100 lines before reading it here. Unlike the revelation that Jaguars are going to go the same way, this is good news in regards to the Mini as it will speed up the process of allowing us to forget about the hateful Prince engine. Many noises came from many parts of the Mini, including but not limited to the power steering, steering column and gearbox. Clutch release bearings were given to exploding, requiring major disassembly for access. Oil filters seized on. This 2007 car should, Shed thinks, have the Getrag 5-speed manual rather than the earlier British box, but the roof on Convertibles will amost certainly conk out at some point. That would be just as annoying in the closed position as the open one because the aircon would probably have died much earlier. The electrics in general were a movable feast.

Having said all that, Minis have always been a hoot to drive if you didn't mind the fairly awful ride, and the last non-supercharged Cooper to appear in this column back in 2016 had done 185,000 miles, indicating either a hitherto unknown level of robustness or a saintly willingness to keep pouring money into repairs. Our shed has only done about half of that and has so far led a largely blameless life, last December’s MOT highlighting nothing more than slight seepage from the power steering pipe and a non-excessive oil leak.

You need Baptiste-like levels of insight to ascertain what spec any given Mini might have because the energetic upselling of Mini salespeople meant that you rarely found two cars the same. It was personalisation gone mad. Today there are forums dedicated to establishing the spec of your Mini via the VIN number as that is pretty much the only way to do it. The selling garage for this one hasn't bothered to go through all that faff. Instead they’ve taken the easier option of listing everything, including the Smoker pack, which is probably something they should have kept quiet about, and the ‘guide me home’ headlamps, which in Shed’s opinion are the very best kind of headlamps. It also has ‘easy entry seats’, although Mrs Shed might challenge that assertion. Last week she gamely climbed into the back of her sister’s Evoque. As far as we know she’s still there.