With £20,000 to play with, there are some all-time great sports cars available 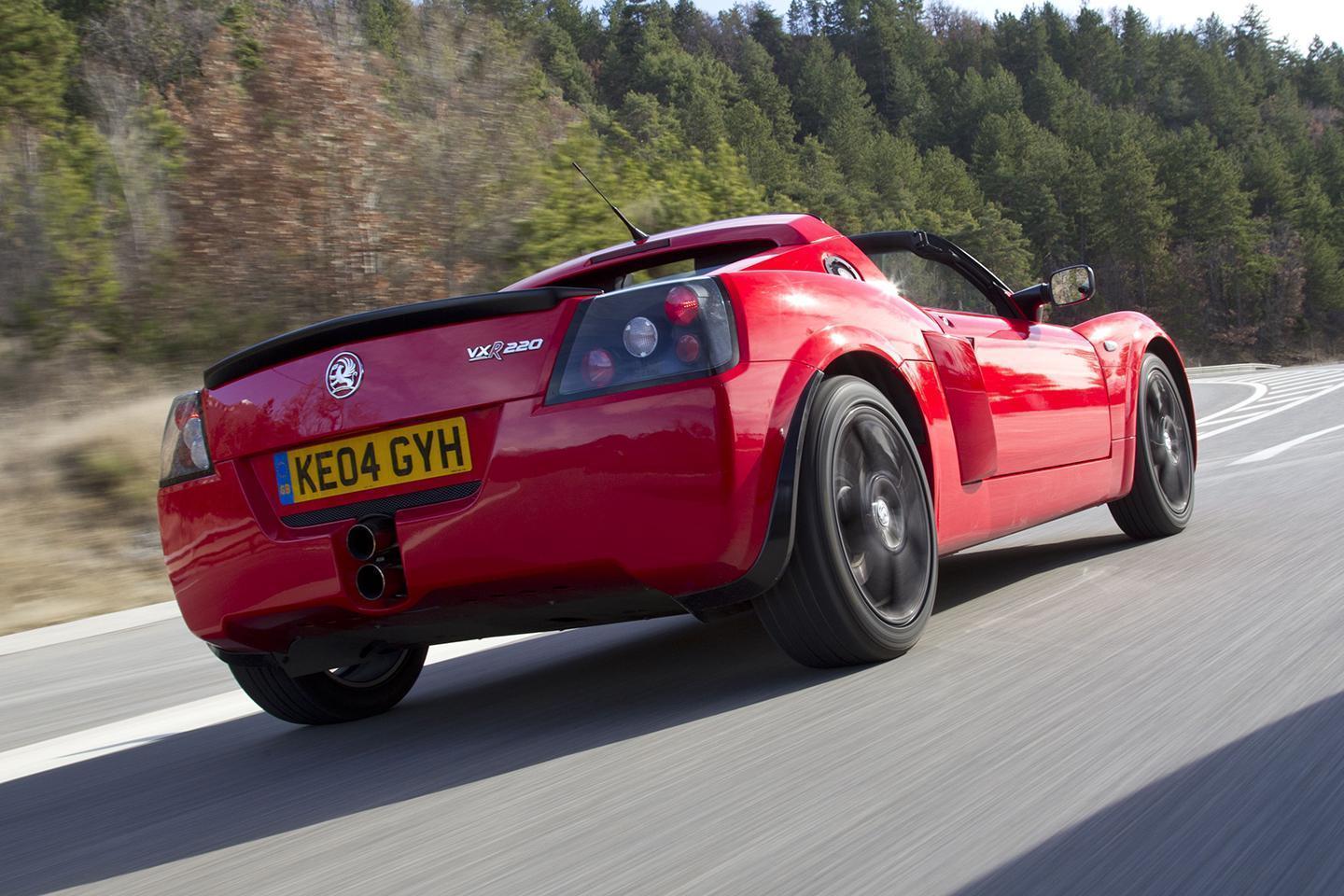 We all dream of having a sports car outside, don't we? Something to save for the weekend and really enjoy, or make the odd commute that bit more interesting. A car to cherish, admire, long for and lust after, a fast two-seater that serves to remind you just how great driving can be. How great cars can be in general, too, because a great sports car should be a joy just to look at and appreciate as a static object.

Given all those facets, it's a surprise there are any semi-affordable sports cars left at all, and we aren't all chasing really expensive stuff. Although prices have strengthened of late, there remain two seaters out there that look good value, whether that be through quick depreciation, slow appreciation or just a lot of bang for your buck.

There really are all sorts on the market, too; this list could easily be more than six cars, yet covers Britain, Japan, Italy and Germany, four, six and eight cylinders, nearly new roadsters and modern classic icons. All for the price of a Fiesta ST. The end of summer might be looming, but this half dozen will appeal all year around - see below...

The Answer to Everything had to be here, right? And we promise there are more powerful cars coming. But there's so much of what makes brilliant sports car in the MX-5 that it would be remiss not to include it in this list. If you want a reliable, affordable, stylish, exciting rear-drive roadster, where else do you look?

The Mk4, ND MX-5 improved on the NC with reduced kerbweight and a design that was admired from day one. Where the look of the previous model was updated and modernised, the current MX-5 has stayed pretty much untouched since 2015 - with good reason. It isn't aggressive or imposing, but is a great piece of design. Combined with a time-honoured sports car layout - naturally aspirated engine up front, six-speed manual, rear-wheel drive - it's easy to see why the ND has continued the MX-5's remarkable popularity.

At the moment, £20k isn't quite enough for one of the updated 2.0-litre cars; introduced in 2018, the engine upgrades make that model worth seeking out. Still, the 160hp original remains a great MX-5, with much of the new experience to be found in one a few years old. This Recaro Edition is a 2016 car yet has covered only 32,000 miles, and is for sale at a Mazda dealer. It's under budget, too, so any money left over can be put in the kitty for aftermarket upgrades...

Another predictable choice perhaps, but again with good reason. While no longer the bargain-basement Porsche, the 996 remains the most affordable way into 911 ownership. And, lest it be forgotten, a great 911 as well, which helps explain why prices have gone up. Usefully more modern than a 993 and more compact than later, larger cars, the appeal isn't hard to see. Even if the headlights are still not to all tastes.

Not so long ago, it seemed that £15,000 was the entry point to 996s; now that money only buys cars with six-figure mileages. Which isn't to put you off - a well maintained car with miles is infinitely preferable to something lightly used and neglected - more a reflection of just how far prices have come. There are seemingly good private cars out there that sneak in below 100,000 miles and £20,000, and similar prices on offer from dealers - a far cry from a little while ago.

This Lapis Blue Carrera 4 ticks a lot of boxes, particularly with the IMS and RMS to be replaced. It's a 2002 facelifted car, with a manual gearbox and 80,000 miles, leaving an owner who's had it for more than a decade. Four matching Michelins is always a good sign, and the selling dealer has even remarked on how tight it is to drive. "Something of a bargain that I am sure won't continue forever" is how they put it - which must have been exactly what was said at less than £15,000...

Enough with the predictable £20k sports cars; time for something a bit more original. Both Maserati 3200 GT and 4200 GT were good without being incredible, blessed with stunning looks but unresolved driving experiences. The Gransport was the swan-song for the model, prior to the GranTurismo, and finally realised the potential that had been lying dormant.

There was extra power, a revised chassis, new gearbox software and more to finally make a great driver's car of the Maserati, a model properly able to take it to the 911 and Aston Vantage. It was received favourably by the press - see the famous Top Gear vid here - and ensured the 21st century had a fantastic two-door Maserati. At last.

Now, it should be said that £20k is the entry point for Gransports, with prices climbing from there to £35k. So it'll mean a mileage approaching 80k and a car that'll potentially need more spending on it than some others on this list. But the fact that a Gransport can be bought for £20,000 deserves to be highlighted; this 2005 car has a full service history to support its 73,000 miles. And sure, the condition might not be concourse, but that only means more excuse to drive it. Which will be no hardship whatsoever, however appealing it'll be just to keep on gawping.

The BMW Z4 M was always a bit of an oddball; once upon a time that made it a tougher sell than a Porsche Boxster S, which was the more rounded package. Now, however, when the requirement for a sports car would be occasional excitement rather than day-to-day competency, the case for the Z4 M is stronger. For a drive once or twice a week 15 years on from new, it's easy to see why some might plump for the BMW over the Porsche. Because 'scary' when new is 'characterful' later on, right?

The engine is a large part of the Z4's appeal, however; though the contemporary M3 was offered as a convertible and kept the famed S54 straight six, it was heavier than the Z4 and not as exciting to look at. This solution kept the weight below 1,500kg, the engine opened to the elements and the 0-62mph time at just five seconds. Perhaps it wasn't as finely honed as the Boxster, but every drive in a Z4 M would be unforgettable. That counts an awful lot when it comes to secondhand sports cars.

The appreciation of both the Z4's looks and that engine has seen prices rise of late. This 2007 one is BMW Approved (and looks brilliant, even in a muted colour scheme) but is at almost 80,000 miles, commanding a £19,000 asking price. The least you'll pay right now for one is £15k in fact, and that's for a Z4 M with more than 100,000 miles. It seems that one of the maddest M cars of the 21st century is also now one of the most collectible; it shouldn't take long behind the wheel to figure out why.

Maybe the lightweight British sports car option should be a Lotus, or perhaps a Caterham, but it's hard to ignore the value on offer in a Vauxhall VX220. There's so much of what made the S2 Elise great on offer here, for thousands of pounds less - why wouldn't you?

Launched with a 145hp 2.2-litre (where the Elise had just 120hp), the VX220 really came into its own with the Turbo of 2003. It didn't howl to 8,000rpm like the later, Toyota-engined Lotuses, but instead offered supercar-baiting performance. When new a VX220 Turbo could get to 62mph in less than five seconds, and reach 150mph. The turbocharged engine was easily tuneable, too, meaning many ended up with almost 300hp. Allied to the Vauxhall's Lotus-honed dynamics, they made for exhilarating sports cars.

Even with the standard 200hp, though, the VX220 is very easy to recommend, particularly with really good ones still under £20k - you'd do well to find any of the 2ZZ-engined Elises for that money. This one is on offer at £19,950, seemingly uncrashed - a fate that befell many of these - and upgraded with Gaz dampers. It would be nice to see more than five services for almost 16 years of driving, but the VX220 still has a lot in its favour. Much rarer than a common old Lotus, too...

Last but by no means least, there's a TVR on our list of the six best sports cars. There had to be one. It goes to show the regard the brand is now held in, actually, that it's a Chimaera or nothing for £20,000; the later Speed Six cars like the Tuscan and Tamora are now too expensive to qualify.

But no bother, as all that was so widely admired about TVR is present and correct in a Chimaera: it looks great, goes fast, and makes a tremendous noise doing so. Over more than a decade on sale, thousands were sold, making it the most popular TVR ever made. That also means a wealth of knowledge has built up around them for any queries or issues - you might have heard about one or two websites dedicated to them, in fact...

As other TVRs have skyrocketed in value, so the relatively common Chimaera has enjoyed more modest appreciation. Nowadays you'll need a tad more than £10,000 to get into one, which seems like excellent value for such a sports car icon. Make the most of this £20,000 budget and you can pick up a great Chimaera, from 4.0- to 4.5-litres and the early 1990s to the brink of the 21st century. This 1994 car is a rare 4.3, in Mica Blue with Wedgewood Grey leather. Its mileage is very low at just 33,000 but is said to have been maintained "fastidiously" by the previous owner, a TVR enthusiast who had this Chimaera for 20 years. It's even been looked after by the selling dealer for a decade, which is always encouraging. "This is not the cheapest Chimaera out there, but the best ones rarely are," says the advert. You can see where they're coming from.