We'd heard the V8 Cayenne Diesel S was a bit of a beast; turns out it really is 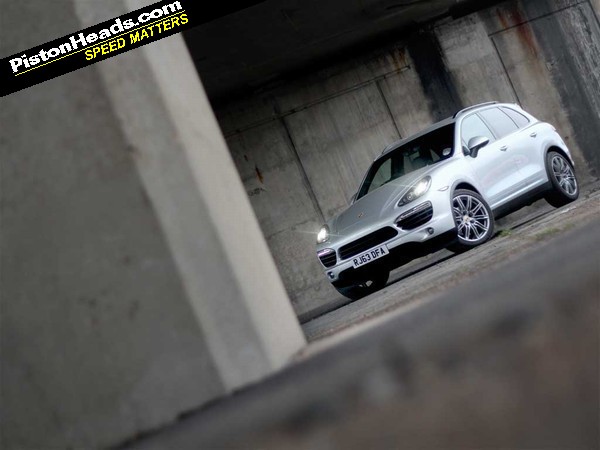 A diesel SUV with a Porsche badge on its nose. 12 years on even in this post-Cayenne, Panamera and

age there's still something discomforting in those words. 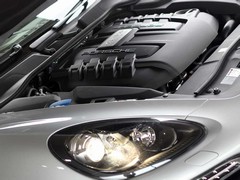 But get over it purists! The Cayenne Diesel S, frankly, doesn't give a toss.

And never has, the Porsche 4x4 as unapologetic in appearance as its manufacturer is about its significance to the company bottom line. The Cayenne has always used muscle to win the argument, whether that's aesthetic or mechanical. This one more than most.

Yes, it's a diesel SUV. But it's one that might just convince you to give up the good fight. Heart - and soul, for it does have one - of this Cayenne is the Audi donated 4.2-litre V8 diesel. We experienced it recently in the A8 and that taste, plus a morbid curiosity, inspired the booking of this test car. 382hp. 627lb ft. £60K. Three very important numbers that really grab the attention.

Or should if you sell Range Rover Sports for a living. 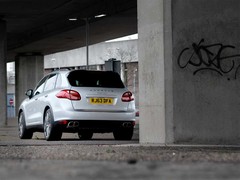 Even with a press demo bells and whistles £78K bottom line, in relative terms the Porsche Cayenne Diesel S looks like a conspicuous bargain. Before any options a £59,995 Range Rover Sport SDV6 with a 292hp V6 costs nearly a grand more than the 382hp Porsche's starting price. Meanwhile the

is seriously outgunned yet, at £81,550, also pricier than our lavishly optioned test car. It's not often you'll get opportunity to use the words 'Porsche' and 'conspicuous bargain' in one sentence. So please indulge.

Beyond spec sheet willy waving, what's it like to drive? Tap-tap-tap, there goes another nail into the coffin of anti-SUV prejudice... Yep, this is one monster of a car that, from the first twist of the key, proves might is right. Firstly, how the hell did they make a diesel sound this good? From the outside it's got a proper V8 burble, just even bassier than normal. At manoeuvring speeds it's got real menace and tickling it around town the engine's rumble is a constant presence. The type likely to encourage levels of smugness. 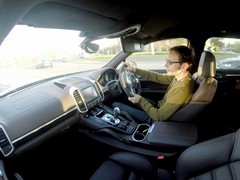 From the seating position - legs out, wheel in chest - to the weighty steering and firmly sprung ride there is nothing wallowy about the Cayenne. Only the ride height and stature suggest SUV, the limited visibility, sense of invulnerability and sheer power all combining to, well, you can guess. Suffice to say it's easy to appreciate why a sense of humility isn't on the standard equipment list.

As things speed up the Cayenne really asserts itself over the surroundings. This thing is seriously, sometimes shockingly, rapid. You'd expect as much with that torque figure but it pours in with such treacly smoothness and unrelenting punch you'll never tire of exploiting the fact. And generally confirming all the worst stereotypes you may have previously harboured against Cayenne drivers.

Buttery biscuit bass
And the noise is proper. That and the sheer pace are a seriously addictive mix and in cut and thrust driving little can match it. Yet it'll still show 30mpg-plus even driven with no consideration for such things. 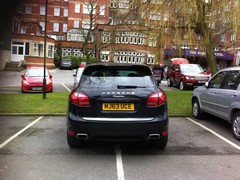 ...owners meanwhile happy to live up to them

But it handles with the subtly of a Tiger tank, right? Sorry, no. Among the options on our test car was PTV-plus, meaning an active rear differential that locks up smartly under power and gives a pleasing rear bias to the deployment of all that torque. OK, it's no Cayman but the diff will tighten the line under power and does a good job of flattering otherwise unfavourable physics. While you're at it you'd best be

with PASM too. Another £3.5K already but still good value compared with the Range Rover.

Damn it, the interior looks and feels top notch too, even if it's not really that spacious given the bulk of the thing.

There must be something wrong with it though? Well, the hatred of a good portion of your fellow man, Porsche purists or not, is a cross to bear. Not that from the driving seat of the Cayenne you'll be troubled by this one bit. Resistance is futile.