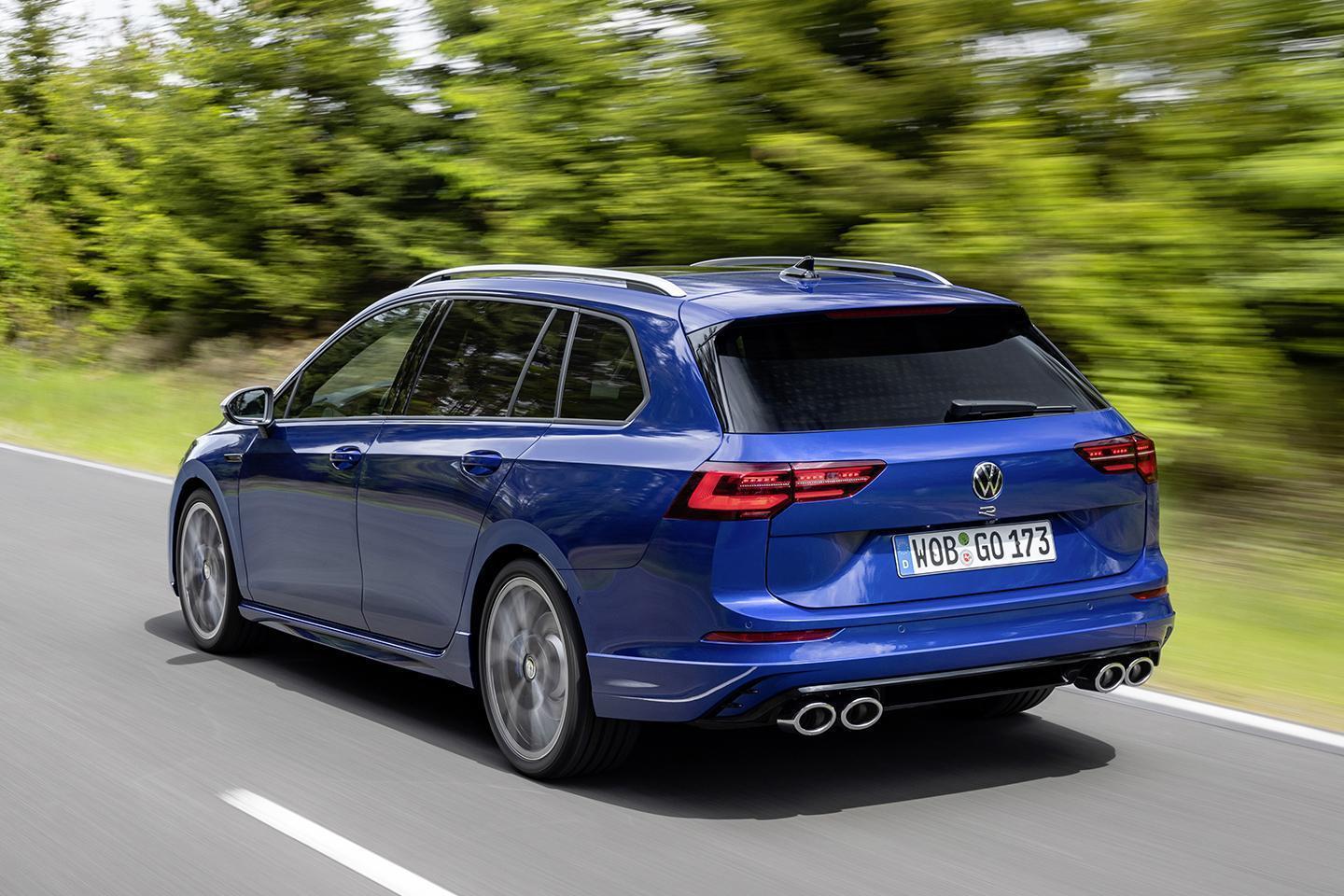 It goes without saying that the Festival of Speed has become a honeypot for automotive exotica. No matter the logistical challenge, practically every supercar maker with skin in the game is turning out in 2021. But it's not all about the one percenters; among the more down-to-earth debutants in the Duke of Richmond's back garden is this, the new Golf R Estate.

Of course, Volkswagen has been gently teasing the latest variant of its all-conquering, all-season hot hatch for a while now. And the resulting model is mostly as we expected: 320hp and 310lb ft shared with the current 2.0-litre EA888-toting hatchback, delivering 0-62mph in 4.9 seconds via a seven-speed DSG. The manufacturer claims it's the 'most powerful sports estate model yet' - perhaps forgetting that the larger Arteon R wagon is already endowed with the same engine and gearbox.

That the new Golf is slightly quicker than the model it replaces is probably less interesting than the fact that Volkswagen has chosen to go the whole hog with the rest of the drivetrain. Naturally the R is endowed with the 4Motion system, but it also inherits the hatchback's clever Vehicle Dynamics Manager that permits wheel-selective torque vectoring at the back axle - which means that, if you wish, VW will merrily sell you a family estate car with a deployable 'Drift' mode.

Granted it does keep the setting squirrelled away in an optional R Performance Package - which also delivers larger 19-inch Estoril wheels, a higher 168mph top speed and the 'Special' mode tuned for the Nurburgring - but it's available nevertheless. Even without it, the new wagon promises to be a more agile, approachable car than its predecessor. And dare we say it, a better looking one, too.

Elsewhere, VW stresses the comprehensiveness of the Estate's makeover. It sits fully 20mm lower than the standard model, on springs said to be 10 per cent stiffer than in the previous R wagon. The brakes are larger, as well, the front discs expanding by an inch, while the engineers have seen fit to increase negative camber under the nose while making the subframe lighter and stronger. The manufacturer even boasts about the car's 6 per cent more favourable weight distribution when compared with the hatchback.

Factor in the obvious size advantage - like the standard Golf estate, the R is longer than before, which means more rear legroom and a marginally larger boot at 611 litres (1,642 litres full load) - and the usual upmarket R interior ambience, and it would seem the latest wagon has plenty going for it. Whether or not the good stuff is in sufficient measure to talk Joe Public into choosing it over the newly minted Tiguan R, we will have to wait and see. Either way, Goodwood probably won't a host a more significant real-world unveil all weekend.