BMW M2 CS on its way

BMW remains tight-lipped about the M2 CS, but according to a flurry of trackside Nurburgring videos and recent media reports the uprated model is well on its way. It's emerged the M2 CS will use a twin-turbo straight six, replacing the single turbo six-pot that powers the 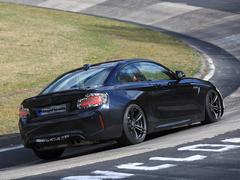 The more powerful engine, codenamed S55, is borrowed from the M3 and M4. It'll be detuned to around 405hp, which means the CS will have close to 41hp more than the existing M2. That's not a huge power advantage, but a 25kg overall weight saving will ensure the CS is comfortably the fastest M2 yet.

Expect the 0-62mph dash to be cut to around 4.2 seconds - three-tenths quicker than the standard car - and a top speed that can be optionally lifted to 174mph.

BMW revived the CS badge earlier this year with the launch of the M4 CS. Despite that car's eye-watering £89,000 list price its upgraded chassis does make it the most enjoyable and rewarding M3/4 to date. If the M2 CS adheres to the same formula, it too will receive choice chassis upgrades - and most likely a much steeper list price than the regular M2, which costs £45,750. 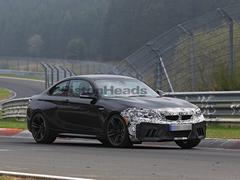 Generally a very good car, the M2's biggest weakness is its damping over rolling, uneven back roads. The chassis feels taut and well controlled on smooth roads, but on more challenging surfaces it starts to feel spikey and wayward. The same could be said of the M4, too, but the CS upgrade proved to be transformative. We'll be hoping the CS package does the same for the M2.

PHers have already been discussing the M2 CS in the forums, with some lamenting the switch to the less tuneful S55 engine and others still hoping BMW pulls out all the stops with a hardcore version, perhaps badged CSL or GTS.

Expect the M2 CS to reach showrooms 12 months from now.