No M2 yet, but plenty to jazz up the current 2 Series flagship 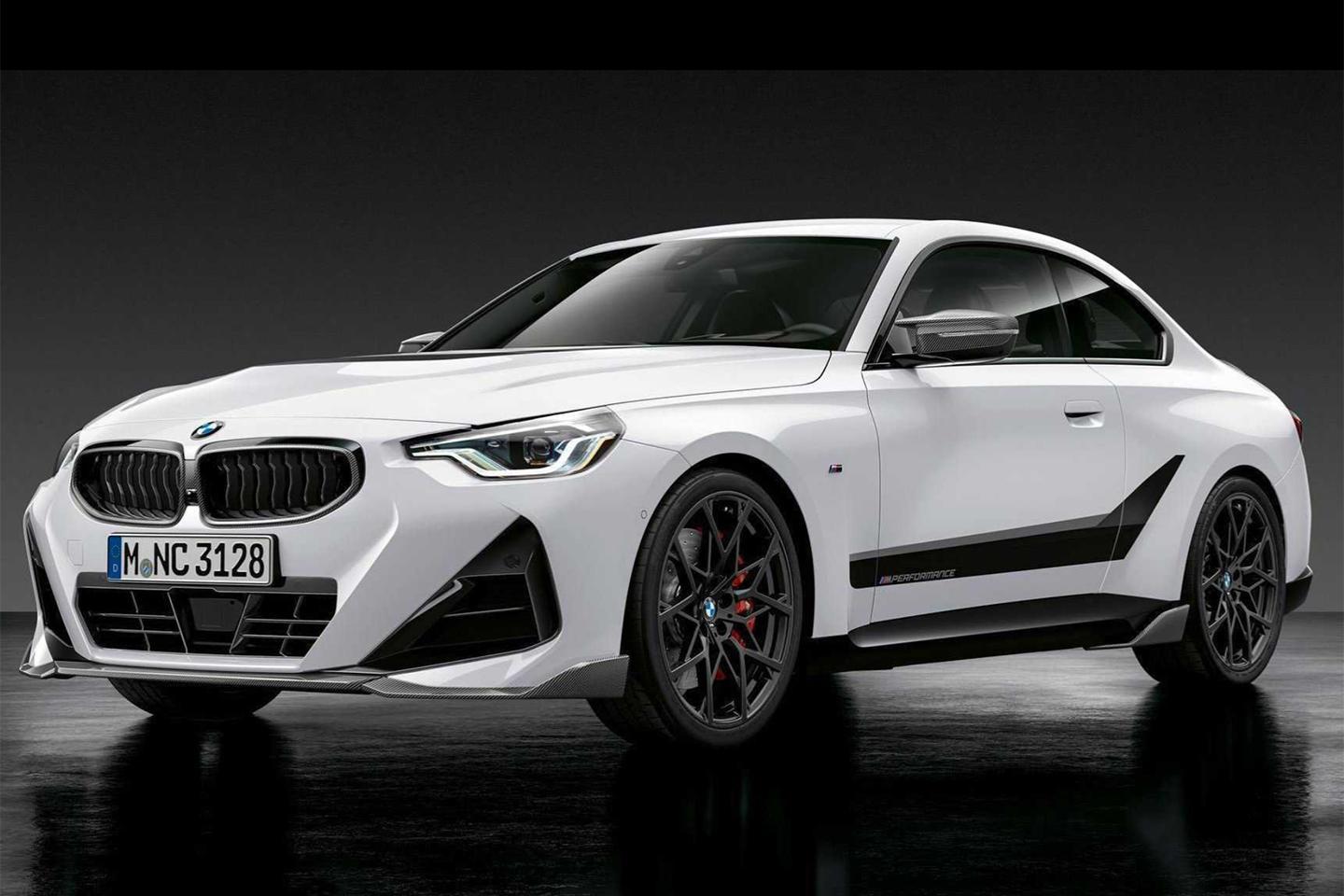 The continued roll out of M Performance Parts for the BMW range should come as no surprise; after all, many people like to modify their BMWs, so why let the aftermarket take all the money? Especially when M Performance Parts can be supplied without any warranty issues.

The BMW M240i xDrive is the latest to get a new range of upgrades as the 374hp straight-six flagship that's due on sale soon. The M Performance Parts are broadly as you might expect: some look useful - see the new seats, wheels and brakes - and some rather less desirable. Like the key holder, door locks and fuel cap with the M triclour. But, y'know, if people want to buy them, BMW is going to make them. And don't forget the stripes...

If more modest than some recent efforts, there are still plenty of carbon add-ons to choose from in the 2 Series catalogue. Note the front slitter, side skirts and rear spoiler and diffuser. Whether these extras have actually improved the look of the 2 Series will be up for those in the comments to decide, but they certainly won't want for carbon choice - there's even M3-style mirrors.

With the M240i xDrive not yet on sale on the UK, we don't know how much the M Performance Parts will cost. But expect them to follow fairly soon after launch, and don't bank on BMW-approved tuning bits being cheap, either - not even the key pouch.