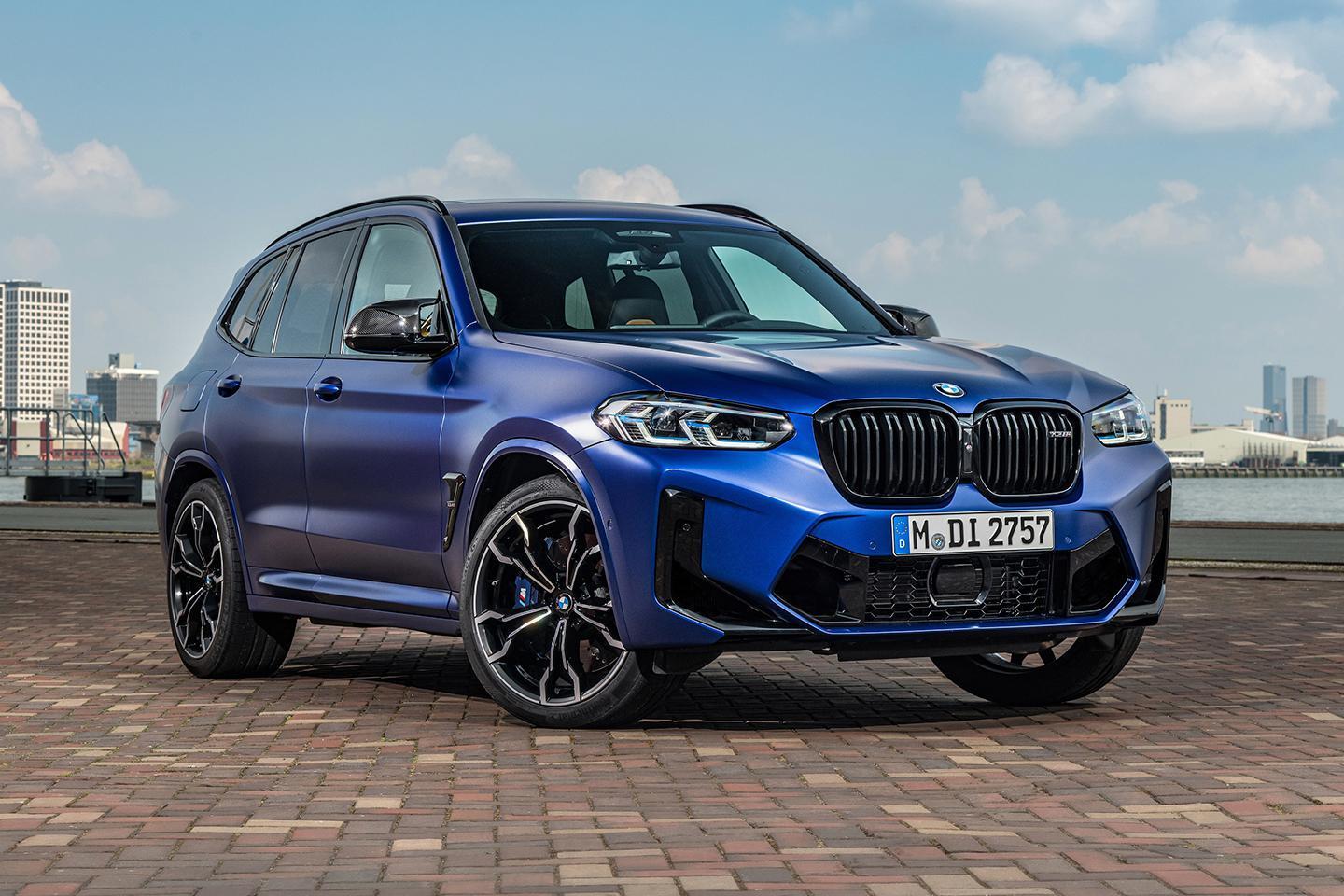 BMW M GmbH has refreshed the X3 and X4 M, delivering a new look and performance boost as part of a wider model facelift. Powered by the familiar 3.0-litre turbocharged straight-six, the pair were hardly in need of any additional straight-line speed - but the manufacturer has found it regardless. A 0.3-second improvement delivers 0-62mph in 3.8 second in both Competition variants.

This is achieved by equipping the X3/4 M with the same output that was introduced with the M3/4 - meaning outright power is unchanged at 510hp, but peak torque is increased to 479 lb ft. The additional 37lb ft signifies the latest, greatest variant of the straight-six with its forged lightweight crankshaft and eight-speed M Steptronic transmission. Top speed is limited at 155mph, but can be raised to 180mph with the optional M Driver's Package.

If that all sounds a bit much, then rest assured it's likely to feel that way from the driver's seat, too. BMW assures us that manual mode will permit multiple downshifts to find the lowest possible gear, and no upshift will be triggered automatically. Expect the standard xDrive system to retain its rear bias, and while there is no M Drift Analyser (small mercies, eh?), the manufacturer still assures us that M Dynamic Mode will enable 'controlled drift manoeuvres' where appropriate.

Factor in uprated braking, adaptive M Sport suspension, standard M Sport exhaust and a choice of 21-inch alloys - including weight-saving forged wheels in Jet Black - and plainly BMW M GmbH has kept its toe in with a facelift that makes its SUV very marginally quicker to 62mph on paper than the rear-drive M3/4 Competition (although slower than the forthcoming xDrive versions).

To make sure we all get the point, both models receive a number of additional styling cues. Because BMW apparently can't help itself, both X4 and X4 M get an enlarged kidney grille with a one-piece frame and headlights said to be 10mm flatter than before. The manufacturer is also particularly proud of its new vertically arranged and elongated side air intakes at the front. There are redesigned bumpers - and a lot of gloss black - at the back, too.

Inside there is a glut of new tech, most of it based on the inclusion of BMW Operating System 7 which adds Live Cockpit Professional, better smartphone integration and Remote Software Upgrade capability among other things - although the refreshed 'control island' is possibly more interesting as it migrates from the M3/4 with the latest gear selector, Drivelogic rocker switch and red engine start button. If that's enough shiny stuff to catch your eye, the X3 and X4 M are priced from £85,100 and £86,860, respectively. Deliveries kick off in September.