Austrian ice race weekend will see debut of the Wiesbaden car, and a special guest appearance 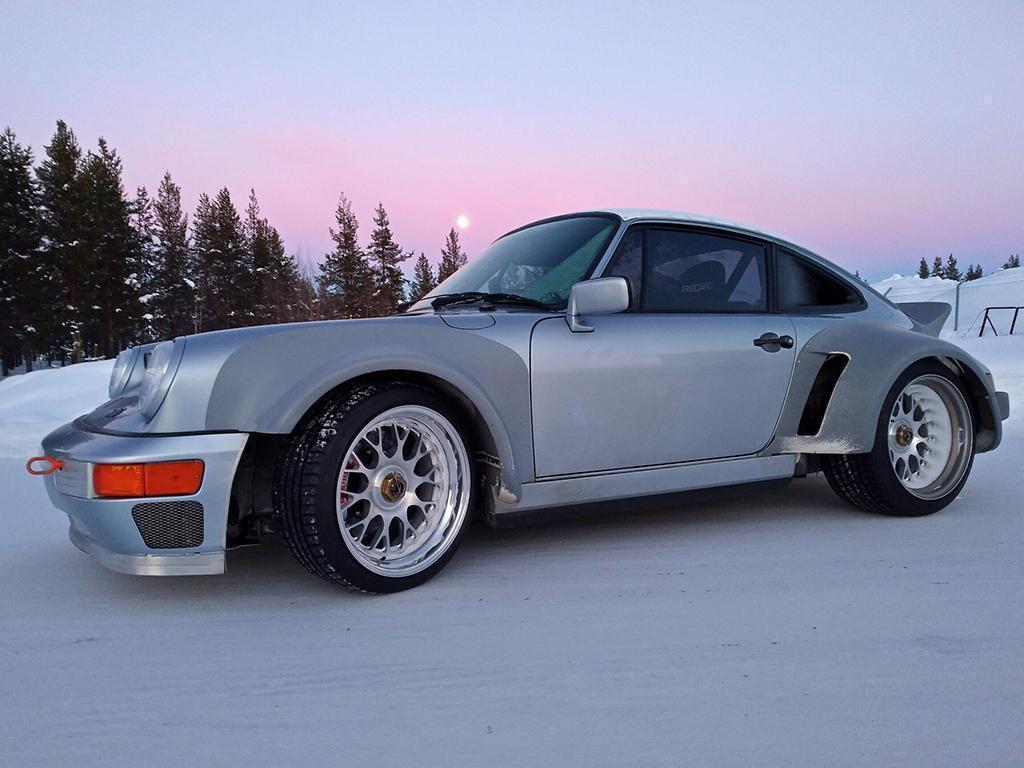 Yesterday we brought you news of a bespoke Bentley build, set to compete in this year's Zell Am See Ice Race. With the contest traditionally being a Porsche-centric affair, however, you'd imagine that a fair few of the marque's offerings wouldn't be far behind. Or re-imagine, as the case may be.

Singer's Dynamics and Lightweighting Study is already one of the coolest cars around - feel free to insert your own ice racing/coolness-related puns here - and, while there are no fancy wraps or up-market ski-brand collaborations here, it's new guise is even more appealing yet.

Sporting deep-dish wheels clad in surface-appropriate rubber, the DLS mule seems otherwise to have only gained an LED lightbar in preparation to take to the ice. Shown here during testing in Sweden, the car will be completing a series of demonstration drives throughout the event, giving audiences a chance to experience its 500hp, naturally-aspirated, air-cooled flat-six in one of the best ways possible. Sideways. Everywhere.

Joining the DLS in Austria will be a static showing of a more traditional TUV-approved, road-registered 911 Reimagined by Singer, known as the 'Wiesbaden' commission. Explaining the significance of the car, Singer founder and executive chairman, Rob Dickinson, said: "Singer's mission is a relentless pursuit of the excellence that lies within our chosen subject matter. We're fascinated by making something as good as it can be and driven by the concept of presenting definitive visions.

"For 10 years, as our first act, we have enhanced and optimized the air-cooled Porsche 911 in this way. It's essential that our work is available to drivers and enthusiasts in Germany and Austria - countries with such significance for Porsche and in turn for Singer. This is where the story of the 911 began, so ensuring that owners here are able to secure the demanding TÜV approval is an integral part of that definitive vision we pursue."

Standing for Technischer Uberwachungsverein - or Technical Inspection Association - TUV is one of the foremost providers of product testing and certification in the world. Its seal of approval is an internationally-recognised sign of quality and compliance, giving the California-based company even greater credibility as it looks to expand its business. But enough of the sensible talk, back to Singers going sideways on snow...