Last week's GTAm review got you pining for a hot Alfa? Here's a 200hp restomod of the prettiest one 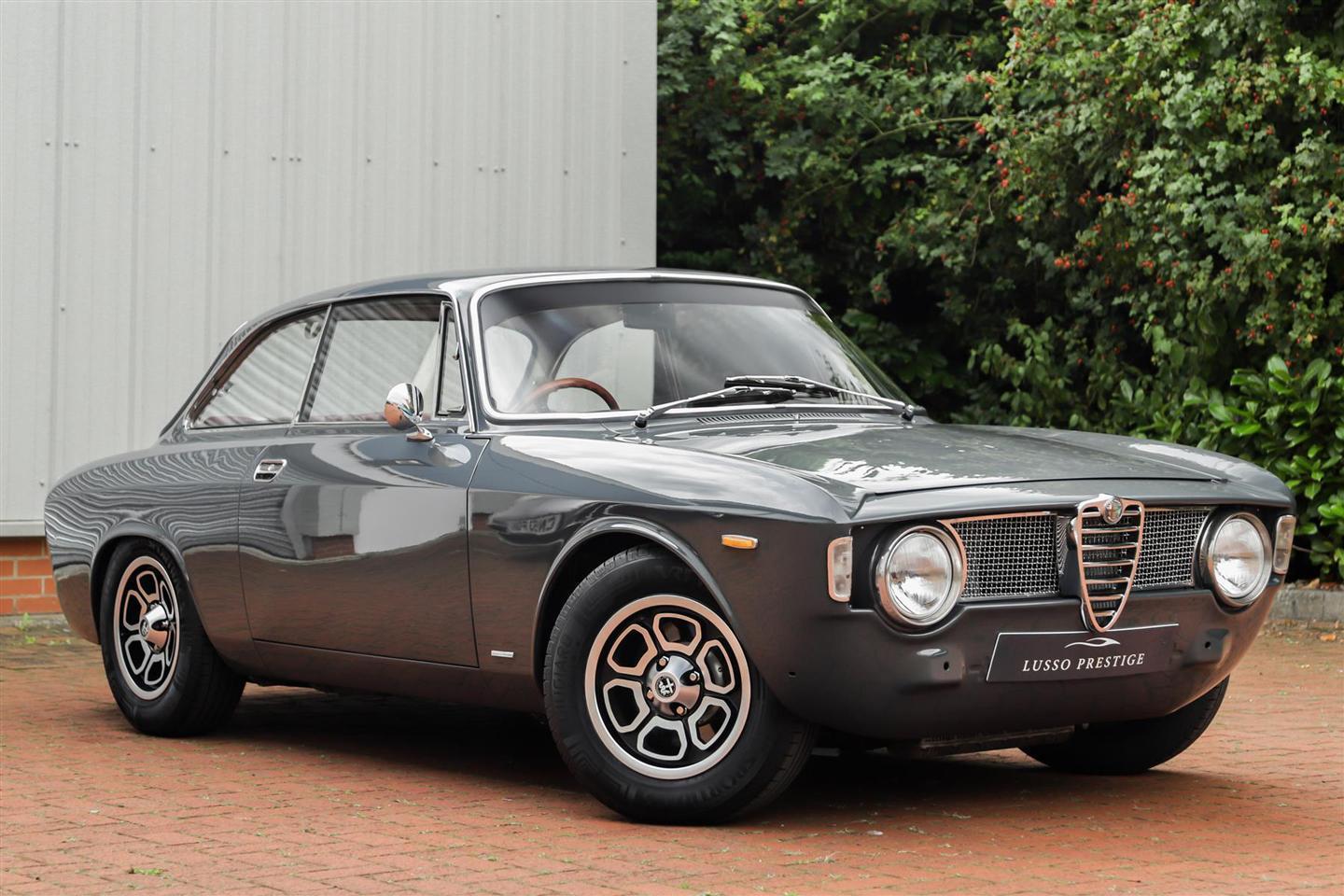 While it might not be as well established in the public's mind as Lotus’s client-facing division, the Sauber Engineering badge carries much weight. Not literally, of course, as demonstrated by the new Alfa Romeo Giulia GTAm - but in terms of technical clout. The Swiss firm’s co-development of the 540hp GTAm (and five-seat GTA) has ensured the plus-£150k Giulia is a modern-day masterpiece worthy of the lineage. But, dare we say it, the division’s handiwork might not have created the ultimate Giulia for the 21st century. Because, well, see for yourself...

The 1966 Giulia Sprint GT pictured is arguably the perfect mix of then and now when it comes to a performance Alfa Romeo. Using the original (albeit restored) body and interior design, it was given a Twin Spark 2.0 conversion in 2019 by specialist Ian Ellis, meaning 200hp and, in theory, consistent turn-key reliability. It also gets upgraded brakes, a fast road suspension setup supplied by renowned UK specialist (and fellow maker of lovely things) Alfaholics, a stainless-steel exhaust system from the same esteemed supplier and a load of other bits. The work totalled – take a seat – £74,000.

But it's impossible to not fall for this rolling piece of artwork, with the full 2019 re-trim including a bespoke leather finish for the interior, new door cards and a varnished wood steering wheel, as well as Alfaholics pedals and lots of other stunning details.

Underneath the carpet is Dynamat insulation, too, so this Giulia should be relatively refined and easy to live with, something that goes hand-in-hand with the (fingers crossed) added reliability and usability of that Twin Spark motor. Even with the modern bits, this is a car that’s easily still under 800kg at the kerb, so performance should be suitably brisk. You’re looking at about 265hp per tonne.

Perhaps the only issue with it is how aesthetically perfect it is; who’d be brave enough to have that nose bobbing around bends and those panels brushing the hedgerows? No doubt there’s plenty of reward to be had in doing that; you don’t need to have driven one of these featherweight rear-drive beauties to know about the terrific involvement they offer. It’s long been the stuff of legend, honed on the race track and developed through several variants, lending its inspiration to the latest car to bear the Giulia name. The tonne of emotional value added by the GTAm is certainly not new.

You’ll no doubt have to keep that hearty stuff in mind when enquiring about this Twin Spark restomod’s price, which is only being revealed on application. It’s inevitably going to be pretty high, although it’ll probably still undercut the stunners to come out of the Alfaholics workshop, which can go for over a quarter of a million quid. Certainly it won’t offer much less when it comes to driving sensations, perceived performance and, of course, sixties' styling. And that’s surely what it’s all about.