Preuninger: Porsche is not a hedge fund

Few cars have the cage-rattling ability of the

, the sheer outrage of those denied the opportunity to spend £140,000 on a rare-groove GT 911 variant shocking in its strength. Were those people truly heartbroken at missing out on a great driving experience though? Or was it a less dignified huff by those motivated by a fear of missing out on a healthy return on investment? 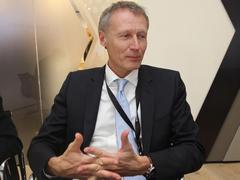 If you're among the latter it'd seem

and the public face of the Porsche GT department Andreas Preuninger has little sympathy. "We are not a hedge fund," shrugs Preuninger with characteristic bluntness. "We are a company that produces cars, we live because we sell cars and we have to make a profit to go on. So we cannot offer cars with a built-in promise to keep value for a small amount of chosen people, this wouldn't be fair." 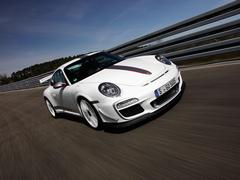 After initial rumours of Rs swapping hands for seven figure sums and an awful lot of speculative 'POA' adverts it's hard to pin down the actual transaction prices for those that have been moved on.

lists one as sold for £459,995 which, indeed, would make the person who slipped their Official Porsche Centre the £136,901 list price very happy indeed. With 'regular'

knocking on £200,000 and 4.0s around double that it would indeed seem your money is safe in these cars.

More encouraging, however, are signs there are owners out there ready to enjoy cars like the R for what they are, not what they represent as part of a portfolio. You get the impression Preuninger and his team would approve.