One to scare the living daylights out sensible types 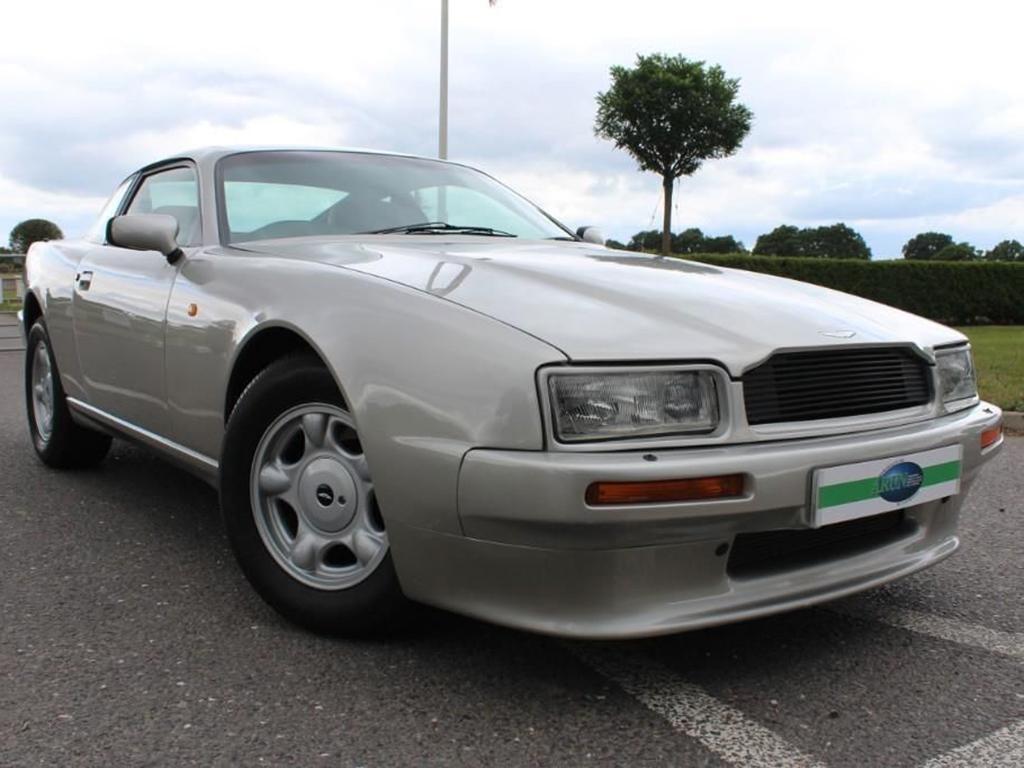 Aston Martin hasn't been having a great time recently, to put it mildly, but it's worth remembering how far the brand has come. Despite COVID, the departure of CEO Andy Palmer and balance sheets running blood red, the company still managed to sell 1770 cars in the first six months of 2020. It's really not long since a good year was one when total production got into three figures.

By the late 1980s the brand was getting considerably more exclusive than the company's management liked. Sales of the venerable V8 saloon were slumping, something that even an extensive cameo by a Volante in The Living Daylights couldn't fix - although the car did get close to out-acting Timothy Dalton in the scenes they shared. Aston boss Victor Gauntlett had saved Aston from a mortal crisis when he took control of the company in 1981 - the previous management had been planning to stop building new cars and concentrate exclusively on parts and servicing. But by 1986 the need for a new model was pressing enough that Gauntlett bit the bullet and girded his chequebook for a battering, inviting five design teams to produce proposals for a fresh model. The winning proposal was by John Hefferman and Ken Greeley (who later went onto design the 'silent r' Ssangyong Rodius.) He also sold a majority stake in Aston to Ford the following year.

The resulting Virage was not beautiful, but it was definitely spectacular, the combination of long overhangs and a multitude of straight lines giving it the presence of a piece of Brutalist architecture. The original idea had been to use pop-up headlights, but these proved too expensive to engineer so the elongated units from the Audi 200 were substituted. Players of parts bin bingo had plenty of other opportunities to identify third party components, including GM and Ford switchgear with taillights from a Volkswagen Scirocco.

Gauntlett ordered that the new car's engine should be designed to meet emissions legislation in all major markets while delivering Aston appropriate firepower. The resulting 32-valve 5.3-litre V8 got cylinder heads designed by Callaway in the 'States as well as a Weber-Marelli fuel injection system, allowing it to make 330hp in its least powerful form - beating the Porsche 928 S4 it had been benchmarked against. The new car made its debut at the 1988 British motor show, the same one that the Jaguar XJ220 first appeared at, with Gauntlett reported to have personally chosen a name in keeping with the V theme of Vantage and Volante; Virage is French for "turn."

The initial response was overwhelmingly positive, despite a £110,000 pricetag which made the Virage more expensive than a Ferrari 412. Customer demand quickly overwhelmed the very limited production capability of Aston's antiquated Newport Pagnell factory; within weeks of its unveiling the company announced that - at its maximum build rate of six cars a week - it had already sold out the first two years of supply.

Hindsight proved that to be seriously optimistic. The early 90s recession arrived and put the top end of the car market into something close to hibernation - over the Virage's 11-year lifespan just over 400 coupes were produced. Volante convertibles and the later Vantage variants added another 600 to that figure, but the whole clan is a magnitude rarer than the DB7 or original Vanquish - and makes the DB9 and VH-generation Vantage look as common as Corsas.

I've never been lucky enough to drive a Virage, although I did get a brief turn in the much brawnier supercharged Vantage V600 spin-off some time around the turn of the Millennium. My experience was limited to central London in the rush hour and my memories are of both the sound and fury of the 600hp engine, a gearchange that made me feel like I'd become a railway signalman and the terrifying near-impossibility of working out where any of the car's distant extremities were located.

These days the Vantages are worth very serious money, but the Virage is much more affordable. Limited supply meant that residuals descended with the grace of an elderly butler carefully navigating a flight of stairs, and never reached the low ebb of later cars. Interest from those convinced that prices will follow the same trajectory as those of the earlier V8 saloons have seen values strengthen in recent years, to the extent they overlap with those of the short-lived second-gen Virage that Aston tried to slot between the DB9 and DBS in 2011.

Our Pill is, at £41,995, the cheapest currently offered in the classifieds, and seems to be the least expensive anywhere in the country. It's a 1991 car finished in an inoffensive (if unexciting) shade of Kensington Silver with an equally conservative charcoal and walnut cabin. Like the majority of cars its an auto, being early enough to have the three-speed Chrysler Torqueflite transmission instead of the later four-speeder. While it's hardly the most dynamic of gearboxes, the engine's mighty mid-range means that needn't be a deal breaker; and 31,000 miles means it has barely averaged a thousand a year.

So why so cheap? Reading on reveals our car has spent much of its life in Japan, presumably having been sold there originally. As the vendor points out that will have spared it from salted road surfaces and the rust inducing dank of many British winters, but it will also have denied it much of the stamped-book provenance that cautious buyers in this part of the market tend to look for. Yet beyond the fact it has a km/h speedometer there's no obvious evidence of its re-imported status.

The financial risk of any Aston from this period remains considerable. In technical terms they are simple beasts, although the electronic 'Vehicle Information Centre' has been known to fail expensively, but even simple faults can be expensive to put right and parts costs can be eye watering. The only real proof of proper care for a car like this is either the sort of service history that requires use of a wheelbarrow and adds up to what most would regard as a life-changing amount - or comprehensive inspection by a marque expert.

The purpose of Pill isn't to encourage anyone to be boringly sensible, of course. The Virage will never be the prettiest Aston, but it's not hard to see some serious appeal here.