Two previous owners have travelled 12,000 miles a year in this Maybach for a decade - lucky devils 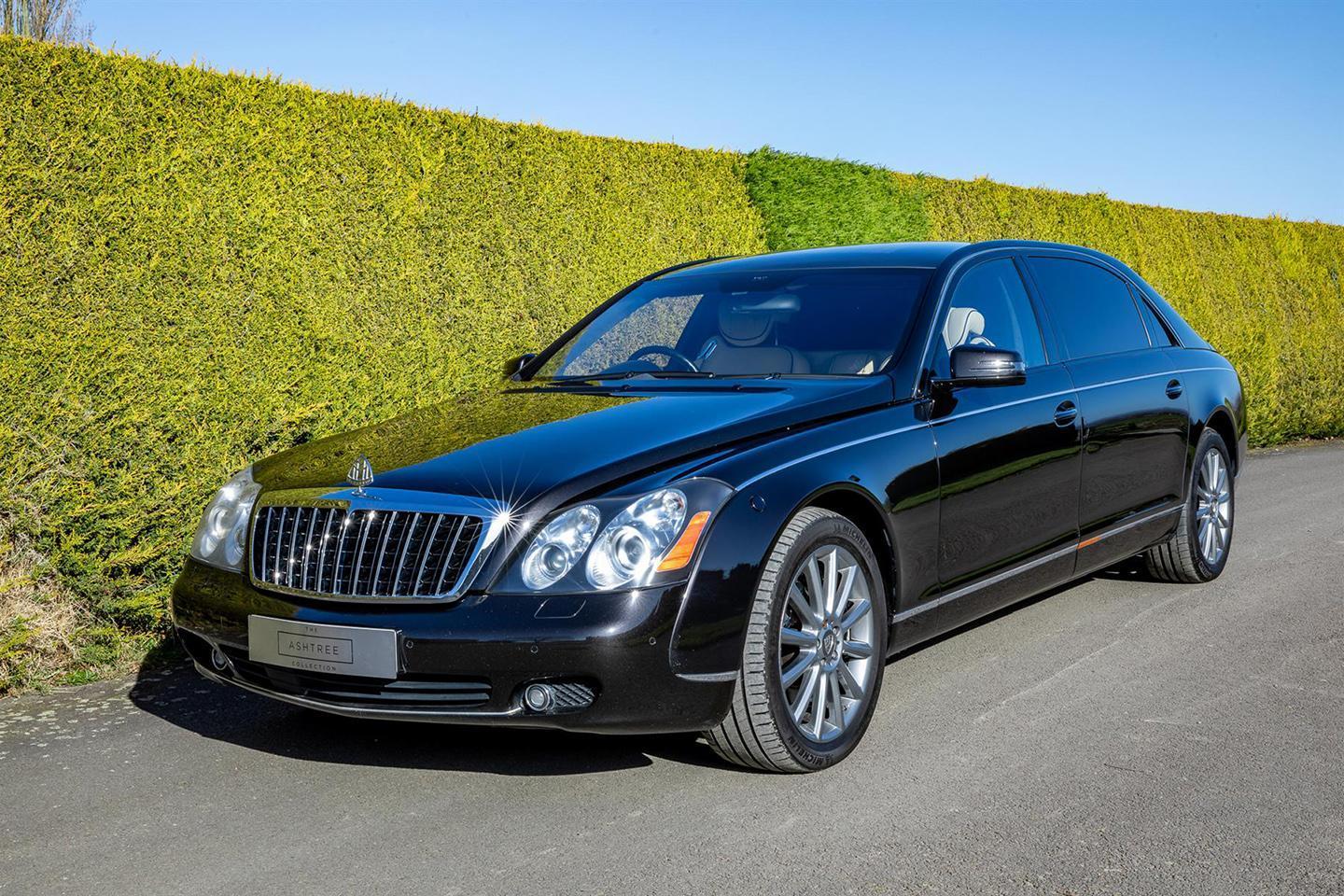 Has the Maybach ever been compared to the Lotus Elan M100, the Caterham 21 and the Mk4 Vauxhall Astra before? Hopefully not. But they all share a common thread: despite all being far from bad cars, they all had the misfortune of arriving at just about the same time as once-in-a-generation class-leaders. Think MX-5 for the Elan, Elise for the Caterham and Ford Focus for the old Astra. Then, of course, there was the Maybach's great nemesis: the Rolls-Royce Phantom.

It seemed that whatever the Maybach could do, the Rolls would surpass it. With the added cachet of its badge and better resolved styling, it's easy to see why many favoured the Phantom. The Maybach's problem was compounded by the fact that many very good S-Classes existed below the Maybach in the Mercedes range, offering about as much luxury and waftability as most buyers could ever need. It even looked quite similar.

Thus, the Maybach wasn't the most commercially successful automotive venture ever instigated, and for the follow-up Mercedes did the sensible thing and made Maybach the flagship S-Class - rather than trying to convince the world it was another model entirely. But with the original 21st century Maybach now out of production for almost a decade, there are one or two interesting used examples out there...

A Maybach can be bought for just £45k, but this isn't just any old Maybach. It's a 62 for starters, the rarer version (most had a mere 57) with a wheelbase measurable in furlongs. But more than that, it's a Zeppelin, the special edition launched at the 2009 Geneva motor show for maximum Maybach prestige. It was a badge used for the pre-war cars, resurrected for this one and bringing Champagne beige quilted leather, lambskin carpets, piano black lacquer, unique champagne glasses and - get this - "an imaginatively designed, extremely high-quality perfume atomiser", the first time such technology was seen in a car. Power was increased, too, with 640hp and 737lb ft; the 62 Zeppelin was conceived "first and foremost as a chauffeur-driven car", said Daimler at the time, "a car for connoisseurs" no less, and could be identified by the new 20-inch wheels, all red taillights and Zeppelin badges. That is, assuming you saw one, of course - just 100 were produced in this ultra-exclusive spec. And a 62 like the one pictured would have cost £366,000.

It has been used exactly as intended, with 120,000 miles notched up since 2011. Presumably in great comfort, too, given the vast, opulent rear quarters. Sadly, the perfume option wasn't specified here (or isn't visible at least), but the first owner did go for the electric curtains (£3,400), Silver champagne flutes (£1,370), Two-way intercom (£1,360), the panoramic roof for a staggering £11,670 and the Electro-transparent partition screen for - brace yourself - £31,885. Not only does it look appropriately lavish throughout, this Zeppelin has also been preserved incredibly well for something with such a healthy mileage; some signs of wear are visible on the driver's seat, though certainly less than might be expected, and the rear seems little short of brand new. It's the clarity of the TV screens that ages it as much as anything.

With a full service history from the Brooklands Maybach Centre, including a check-up just a month ago, this Zeppelin is ready and willing to partner its next owner on many more thousands of miles. Looking as it does now, 200k and beyond should be a cinch. As for price, this Maybach is for sale at £99,995; given there are 62s with less than half the mileage available for £70k, that might seem a lot. On the other hand, this is still less than a third of the new price. And it isn't hard to see the appeal of the Zeppelin, when you factor in the decadence and obvious rarity value. When the world does open up for viewing again, what finer place to do it from?