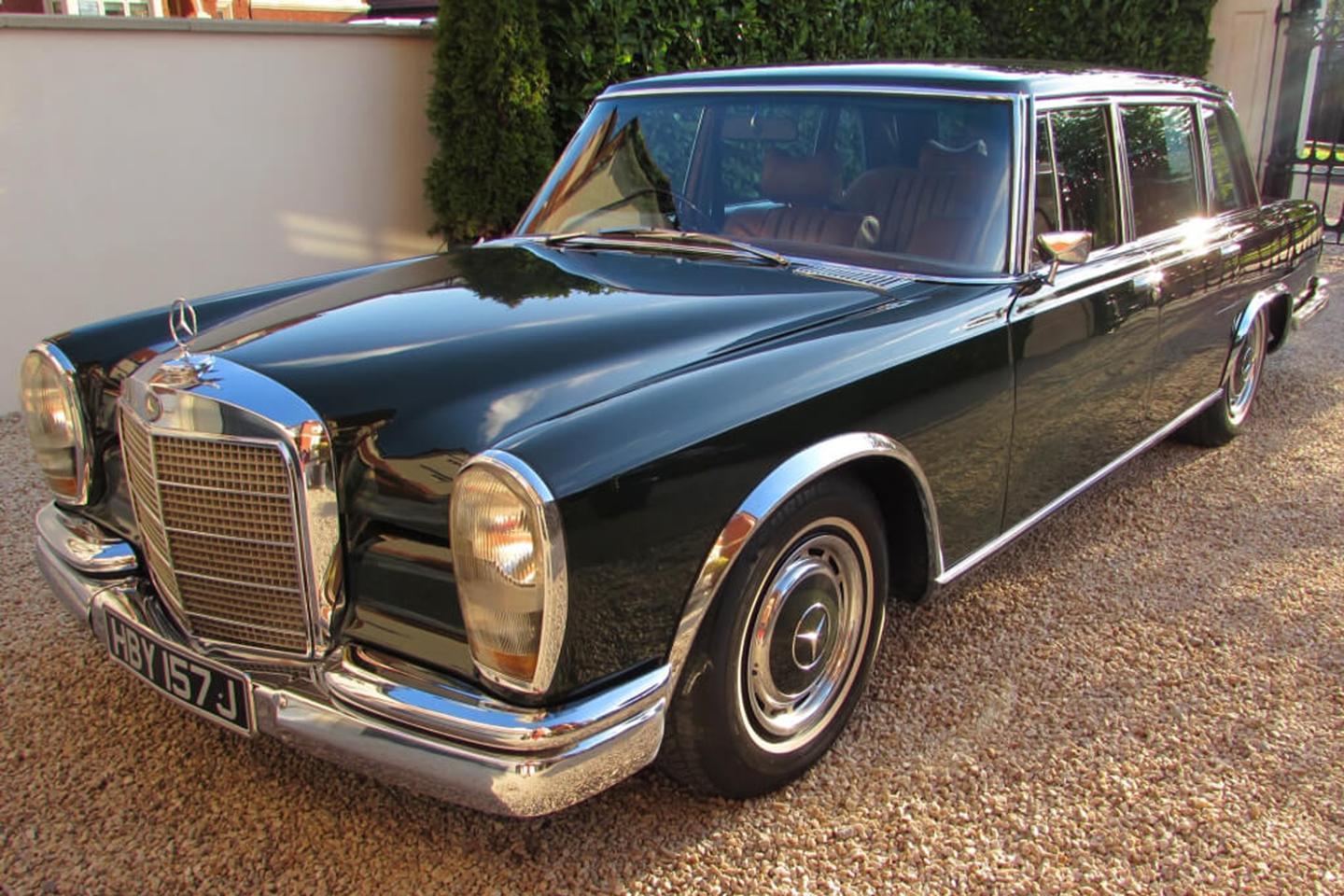 It is always hard to try and place definitive values on automotive courage. Many of the cars that feature in Brave Pill are obviously pricier than others, and some are clearly more at risk of expensive failures. But this week's offering bends the needle on both of those dials. Indeed, against tough competition from the 131 previous Pills, this is likely the daddy when it comes to both cost and complication. You are looking at a car with a driver's power window switch that costs over £9,000 as a new part.

The W100 Mercedes 600 has never been a cheap club to get into, or stay a member of, but joining it does put you in famous (and infamous) company. Throughout its long life the W100 was a favourite among dictators and flashy potentates, its list of users reading like a Who's Who of the late 20th century's political bad boys: Idi Amin, Leonid Brezhnev, Nicolae Ceausescu, Francois 'Papa Doc' Duvalier, Enver Hoxha, Saddam Hussein, Kim Il-sung, Kim Jong-il, Mao Zedong, Ferdinand Marcos and Josip Broz 'Tito'.

Less notorious 'slebs loved it, too - with buyers including David Bowie, Coco Chanel, Eric Clapton, Hugh Heffner, Aristotle Onassis, Elvis Presley and no less than three quarters of The Beatles - Paul McCartney the only hold-out. Oh, also Pope Paul VI. The owner's club get togethers must have been truly special.

That's because the 600 was on another plane from anything else, certainly when new and arguably still now. It was grander, more expensive and much more advanced than any contemporary alternative, being a car that made the Rolls-Royce Phantom look both small, staid and technically timid. The choice of a 600 for Bond uber-villain Ernst Blofeld in On Her Majesty's Secret Service (plus a cameo in Diamonds are Forever) was, with the exception of a certain Aston DB5, the most spot-on bit of automotive casting in the whole franchise.

Mercedes had plenty of experience of making grand limousines before this one, especially the almost equally grand 770 'Grosser' that was indelibly associated with the Nazi regime. But the 600 still constituted a considerable amount of boat-pushing-out by early '60s standards. Power operation was a hot new thing back then, and Mercedes was determined to make maximum use of it. Yet electrical operation was impractical for the number of functions the company wanted to automate, so instead it created an engine-driven hydraulic system to power windows, seats, sunroof and even a door-closing function.

The huge power of this 150 bar network meant that multiple functions could be used at the same time, but also gave the strange option of variable pressure. So a gentle press on the window switch would move the glass slowly, whereas a harder tug would slam it shut. There were no resistance sensors as on modern electric windows, and the W100's moveable glazing could reputedly be operated at speeds capable of severing fingers, a function some of its more notorious owners doubtless made use of. Yet using the hydraulic pressure to give Citroen-style powered suspension was clearly considered too easy, the 600 getting an air-sprung system instead.

Finding an engine was another challenge. The size and complexity of the 600 meant that long wheelbase versions would weigh over three tonnes and none of Mercedes's existing powerplants were reckoned to be up to the task of delivering adequate motivation. So an all-new 6.3-litre V8 was commissioned, this using a version of the Bosch mechanical fuel injection that had made its debut on the 300 SL, and which produced 250hp. That might not sound like much to modern ears, but meant the W100 was actually one of the most powerful saloons in the world as launched in 1963, with even the longer Pullman version capable of a 125mph top speed.

Not that the car encouraged such use. I was lucky enough to experience a 600 belonging to Mercedes Benz Classic last year - the highlight of a day which also included a turn in a 190E 2.5-16 Evo 2 - with the six-seat Pullman having previously been part of the German Chancellor's personal fleet. As such the W100's front compartment felt amazingly cramped for something so large, thanks to the sizeable bulkhead that divided it from the rear. Controls were all finger-light apart from the stiffly sprung accelerator, presumably to enhance smoothness, and the soft suspension settings meant copious roll under even modest cornering loads. The stand-out feature was a switchable horn, the louder air-driven setting putting many ships to shame and being loud enough to be heard over the noise of a military motorcade. Once rolling the 600 felt all-but unstoppable, the difference in size between it and lesser Benzes proven by the fact the 'gunsight' star on top of its radiator had to be scaled up by 20 percent to stay in proportion.

Our Pill is a regular wheelbase 1971 600, the lack of a limo partition meaning it will be far more spacious for the sort of owner-driver it was aimed at. The selling dealer claims it is one of just 273 right-hand drive versions - making it much rarer than the 2,404 left-hookers. Although it looks black in some of the images it is actually finished in a dark olive green with a light brown interior.

The MOT history called up by the registration plate features plenty of red, but only tells some of the story. The car failed a test in September 2014 with a long list of faults, most indicative of age and lack of use. It passed just after a week later - with the interesting advisory "passenger seat(s) missing at time of test", but has since been sent to Germany for a substantial restoration. While details on the advert are light the dealer's website says the 600 was dispatched to a specialist in Sygenstein where work included €28,000 worth of work on the mechanical bits and hydraulic system and another €30,000 on a body restoration and respray. It also received an interior retrim. It hasn't had an MOT since, but is old enough not to need one, and in the pictures it certainly looks stunning.

While a £129,950 asking price makes this one of our most expensive Pills, it doesn't look outrageous considering the car's apparent condition. The buy-in is only ever going to be where the spending starts on one of these, and there is a strong case for starting ownership further up the tree than a cheaper, shabbier car. A well-known U.S. W100 specialist reckons an unloved car can easily swallow $50,000 in mechanical work to put right, before spending starts on cosmetics. The wide spread of prices reflect radically different conditions. There are still five-figure cars out there, although seemingly none currently in the UK. But there are also some far more serious prices being asked for examples of the Pullman and even rarer open-roofed landaulet, several being offered for more than £500,000.

Regardless of budget, you'd be hard-pressed to find a car that offers more presence than this one. Just don't forget to keep enough by for the Chairman Mao tunic and fluffy white cat.