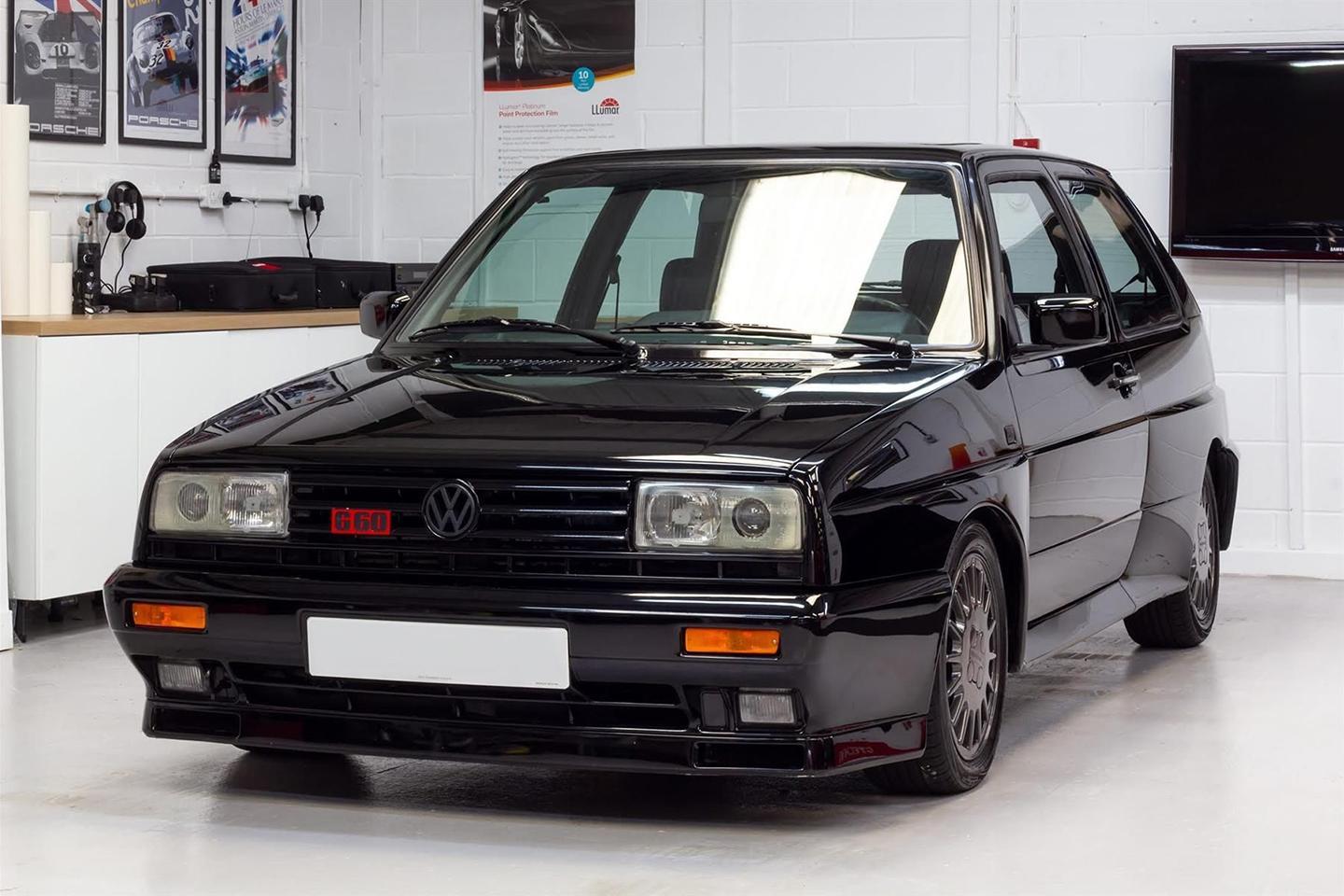 Here's a question for you: who won the Group A World Rally Championship in 1986? It was Kenneth Eriksson, driving a VW Golf GTI of all things. Obviously 1986 was a tragic year for rallying and a unique one as well, with Group A and Group B running together; so while Juha Kankkunen enjoyed the Group B spoils in the 205 T16, there was a secondary championship secured by the super Swede and his humble Golf.

Of course, we know what happened next. For 1987 WRC would run to Group A spec only, with Lancia, Ford, Toyota, Nissan, Renault and the rest sent back to the drawing board to get fresh competitors prepared. VW knew that Group A, being the sole category for '87 onwards, would become a lot more competitive, with the big teams of Group B forced onto their patch. To win again, it needed a bespoke Group A competitor - the Golf Rallye was it, albeit a couple of years late to the party.

The plan was sensible, and not dissimilar to that executed by Lancia for the Integrale. With homologation requirements dictating that 5,000 cars needed to be made, a fairly ordinary hatchback was taken (in one case a Delta, the other a Golf) and stuffed full of as much forced induction power and four-wheel drive technology as was deemed appropriate. A very different hatchback emerged at the other end, ready for customers to splash plenty of cash on and enjoy motorsport-honed finesse while hopefully providing the manufacturers with a solid basis for victorious rally cars.

One of these quite similar approaches was markedly more successful than the other, Lancia dominating the early days of Group A and the Golf never doing better than a third at Rally New Zealand 1990. But the Lancia has had more than enough adulation; now's the time to hear it for one of the less celebrated (and less successful) motorsport projects in rallying, back when almost anything could be justified for the sake of homologation.

The Rallye was actually indoctrinated into the PH Heroes Hall of Fame way back in 2012, but it's rare to find one for sale. Notable points of motorsport cool include a supercharged engine, one that was smaller than that found in a GTI (at 1,763cc) so that when the WRC rules multiplied the capacity by 1.7 it snuck in under the 3,000cc limit; a complex supercharger when the rest of the world believed big-boost turbos were the solution; oh yes, and a commitment to hand-building the Rallye, ensuring it cost twice as much as a GTI back at the end of the 1980s.

The fact that the Rallye wasn't a great success on stage or street is less important now, as it stands as evidence of just how committed manufacturers once were to production-derived motorsport. As a car heavier, slower, more expensive and (to many) uglier than a Mk2 GTI, the Rallye has been a tough sell for more than 30 years now, but that doesn't quash the intrigue much. Because the world still seems well populated with GTIs, but when did you last see one of these?

Believed to be one of just 30 left on the roads of the UK, this particular Rallye has only been modified with the addition of modern coilover suspension; a shame for those craving originality (and for those poor rear wheels, now cloaked by arches) though hardly the worst thing that could have happened. More pleasingly, the Golf has just had its notoriously tricky supercharger overhauled and its interior refurbished, so it should be in fine fettle. A six-figure mileage should present fewer worries about subsequent use harming its value, as can so often be the way with prized homologation road cars.

Speaking of which, now is probably the time to mention the Rallye's price: it's £31,500. So it's nice to see that the 100 per cent price premium against an equivalent GTI has lasted 30 years! Of course, to many it'll look like a lot of money for a Mk2 Golf, probably because it is a lot for a Mk2 Golf. But it's also a significant part of Volkswagen's motorsport history, and an exemplar of the obsession with world rallying that once gripped manufacturers across the globe. For fans of the sport, or the brand, or a great homologation era, it's easy to see one stumping up new Golf money for one now in its fourth decade.