Riggers re-discovers the joy of sticks courtesy of a manual 911, but is it the swan song of three pedals? 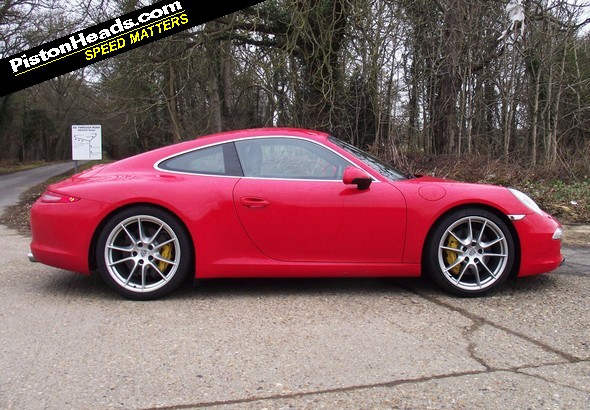 To paraphrase Mark Twain, reports of the death of the manual gearbox have been greatly exaggerated. 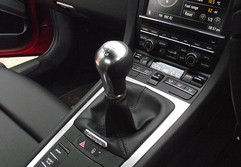 True, engineers focused on speed and efficiency, marketeers in search of an extra gram or two of saved CO2, and the apparent huge appetite from consumers (not necessarily PHers) for dual-clutch and other paddle shift gearboxes are putting huge pressure on the conventional manual. But the humble three-pedal layout is still alive and kicking, and the new seven-speed gearbox in the 991 Porsche 911 is proof.

We've already discovered that the three-pedal 991 is a revelation in the 400hp Carrera S, courtesy of Dan's first drive of the new 911 in the US, but how would it translate to Blighty and the 'basic' Carrera? A fluke set of circumstances that ended up with the keys to a Guards Red Carrera in my sweaty mitts for one night only seemed like a perfect chance to find out.

There's nothing like a mixed-bag commute to reveal the strengths and weaknesses of a gearbox and, during my run home (a mix of town, motorway and B-road), the seven-speeder revealed rather more in the way of strengths than weaknesses. 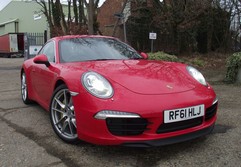 The basics (as you'd expect of Porsche) are all there - ideally placed pedals and lever, perfectly weighted controls, a shift action that treads perfectly the line between mechanical-feeling and oil-slick smooth. It's all very lovely.

But it's the novelty of seven tightly-stacked ratios that are the real revelation. Should you find yourself in a sufficiently lazy mood the engine, even in humble 350hp and 288lb ft guise, has a wide-enough spread of power and torque to effectively let the gearbox become a four-speeder, using only first, third, fifth and seventh. Heck, seventh is even more than just an overdrive-style cruising ratio. Open the throttle at 70mph in top (on an autobahn only, officer) and, even though the needle is right down low on the rev counter, you will get noticeable acceleration.

If you're feeling a little more playful, however, that extra ratio (over the old six-speeder) just allows you to be in the engine's sweetest spots more of the time. The result is that you enjoy the car doing it close-harmony-quartet-gargling-super-unleaded thing that bit more often. And because it's you, not a PDK, choosing the melody it's just so satisfying. 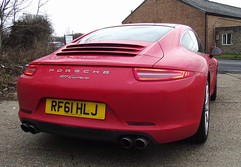 In all honesty it is possible to get 'lost' in the gearbox - but that's just a case of unfamiliarity, once you're used to things it's truly a pleasure to row up and down through the gears. And it all feels very Porsche-y.

As does the rest of the car. Some have worried that, with its extra size and electric power steering, that the 991 has lost some essential 911-ness. I disagree. Get in this car and you immediately know, from the way everything looks, to the way it feels, to the way it sounds and goes (even that electric steering rack) that this is a Porsche 911. And the new gearbox only magnifies that sense.

The manual gearbox is not dead yet, then. But it might well be in its twilight years: senior Porsche engineers publicly admit that the traditional manual has only one, maybe two generations of life left. And a look at the stats reveals that already 78 per cent of 911s sold since PDK was introduced in 2009 have been dual-clutch jobs.

The writing is on the wall for the manual. And, Porsche's commendable investment in creating an all-new seven-speed gearbox notwithstanding, the powers that be in Weissach clearly know it.