Home/Regulars/Shed Of The Week/Audi A4 1.8 SE | Shed of the Week

Inevitably the supply of good Shed is under threat - and yet, somehow, life finds a way 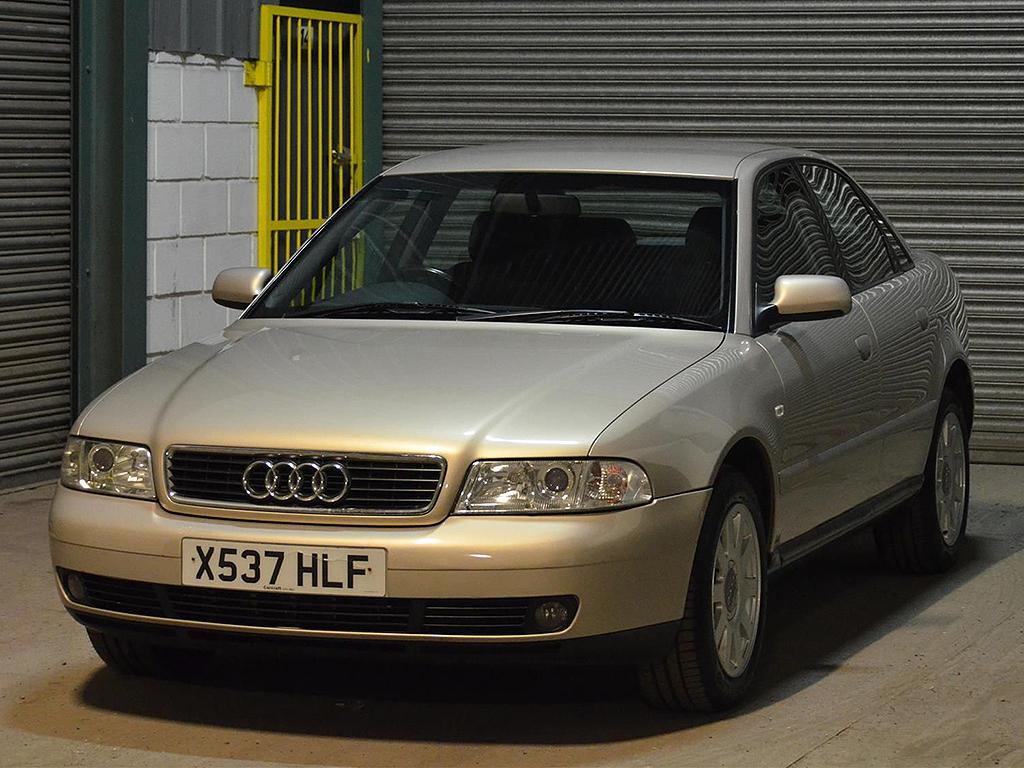 What's the quietest thing imaginable? No, not the weekly PH editorial content meeting, you cheeky monkey. We're talking about the used car market.

Is the market dead, though? Not at all. Even now, thanks to the efforts of enterprising car delivery outfits, many folk are still managing to shift their cars even in these rotten times. And if you're rightly placed at the pointy end, there are doubtless some terrific deals to be done. But the Shed end is another matter. Looking through the classifieds as Shed does, he knows the details of some cars off by heart now, he's seen them that often.

Bearing that in mind, and still in cheery expectation of a 'not another one' forum pasting, Shed is pleased to be able to offer up a car that he not only hasn't seen before but that he would have certainly added to his weekly shortlist irrespective of what else was around, and irrespective of how recently we'd had one the same. Or one that was sort of like it, as we did a couple of weeks ago with the Audi 80.

It's an Audi A4 B5, the car that in 1994 succeeded the B4 final-year Audi 80 that we featured here on 3 April. So they're closely related in that regard, but that's pretty much as far as the similarities went. Along with the gen-two S4, A8 and S8, the B5 A4 was designed by one of those lesser-known heroes of the car world, a guy called Imre Hasani?. These days Imre paints, draws and sculpts. We don't know a lot more about him, but we get the feeling he was an artist who ended up as a car designer rather than the other way round because the B5 wears its years really well. That's one sign of artistic talent.

Another is how a created object stands up against its rivals. Have a look at what the competition was selling in 1994 and you'll understand (or remember) why the A4 was such a thunderclap when it came out. Ford had just launched its first Mondeo, a decent enough car in itself but light years away from the Audi in the aspiration stakes. Alfa Romeo had the 145, Volkswagen the dull B4 Passat, BMW was halfway through its E36 3 Series, and Mercedes had dropped the ball with its W202 C-Class. For business user-choosers, the handsome A4 was a car you'd actively choose rather than just simply use.

This example has a couple of giffer scrapes, one on the nearside rear quarter bumper and one on the driver's door, but the door ding looks pull-outable and the rubbing strip could be diddled about with. The rest of the car, including the usual age-degradable bits like wheels, headlight lenses and door mirrors, looks very clean indeed. Shed once had to eat his dinner off the engine of a car he'd over-described to a bloke who, on arrival at Shed's premises, turned out to be a fresh out of prison 'Big Vern' type who thought it would be funny to make Shed literally eat his words.

From that experience Shed has learned that washer fluid makes a very poor salad dressing, and that there is no connection between engine oil and olive oil apart from the word oil. However, if Shed's life depended on him repeating the feat - which it might well do if that bloke pops up again - he'd be willing to chance it with this A4. It looks mint, ideally with a small slice of well-cooked lamb under it and some broccoli warming gently on the manifold.

Warm(ish) is a fair description of the performance available from the 1.8 four. The 123hp doesn't comes in until 5,800rpm and the 128lb ft of torque might just about take the skin off your rice pudding for dessert. 0-62mph? Yes. Oh, you want to know the time? Ah, well, about eleven seconds. But you don't buy a car like this for performance. You buy it for a sense of well-being and contentment. Smugness, almost.

Thanks to the variables of indoor photography, the colour of this car's bodywork is uncertain. Slightly depressingly, the MOT website calls it beige, which as colours go is about as uplifting as the Doom Blue that many base Vauxhalls used to come in. Still, with no rust mentioned anywhere on MOT reports that date back to 2006, with just 6,000 miles covered in the last five years, and with an on-the-hip asking price of £690, Shed is quite tempted by this one. Especially if he managed to make it to the car's Merseyside home without being turned back, because he would then have a perfect excuse for not being able to get home. Everyone's a winner.