Toyota Corolla | Shed of the Week 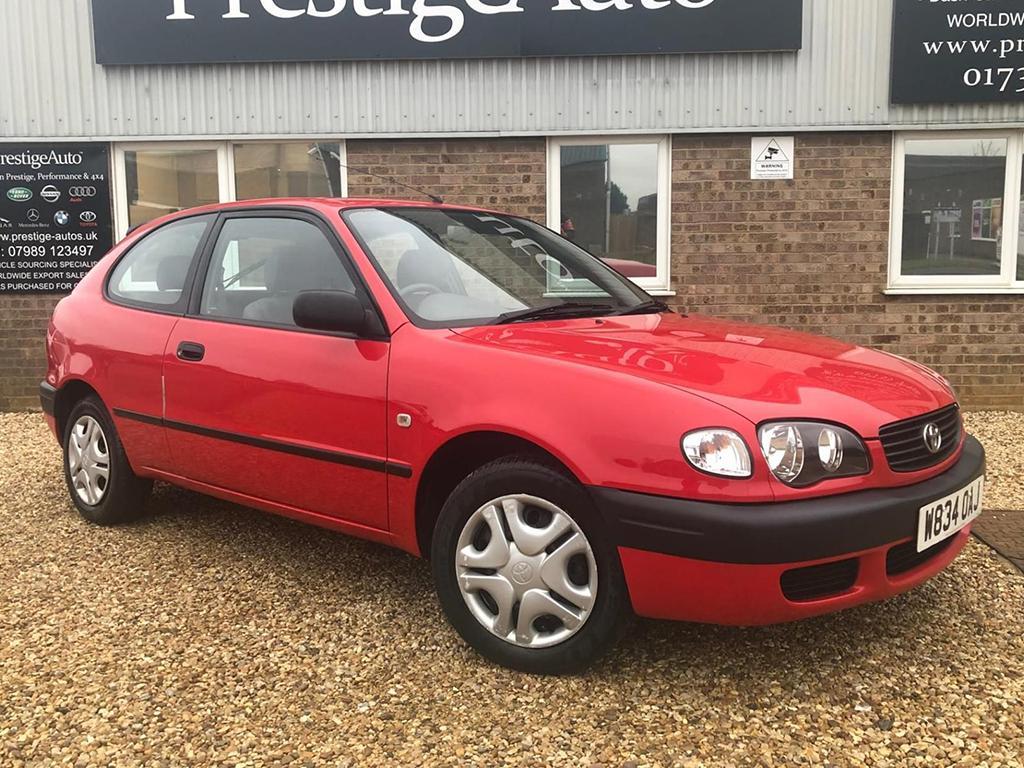 Crash and emissions legislation used to mean that the notion of bringing old cars back into production was always laughed off as a non-starter. Now, however, shiny new versions of the E-type, the original Mini, various Astons and even a 1920s Bentley are, if not exactly commonplace, good examples of what can be steered through inconvenient legislation when there's export dosh to be made.

With that in mind, Shed thinks we should be looking at applying this rebirthing principle to less starry, more affordable tackle from the past. What's more, he believes that these proletarian motors should be brought back to new car showrooms 'warts and all'. Why? So that all the risky, unreliable or flat-out dangerous features that we hated at the time would joyfully recreate those 'will I reach my destination?' frissons of excitement that are currently being selfishly hogged by owners of electric vehicles.

Before we get to Shed's first 'munter of yesteryear' recommendations, a small diversion. Some years ago Raleigh brought its iconic Chopper bicycle back from the dead. Readers of a certain age will know that, as a style statement and an inspiration for Carry On-style double entendres, you couldn't whack a Chopper. As a school kid's main form of transport however it was rubbish. Whenever you stood on the Chopper's pedals for a bully-evading turn of speed, the peashooter-gauge handlebars would flex horribly, the chain would slip off the sprocket, jamming between the chainwheel and the frame, and the whole shooting match would go into a terminal wobble.

Result: gravel rash on top of the kicking you were trying to avoid. Poor functionality was the price you paid for street credibility. Still, the reborn Mk 2 Chopper had a lot going for it. The famous T-bar gearshift should never have been moved from its correct testicle-threatening position on the crossbar, but the tasselled apehanger 'bars and too-small front wheel were retained, ready at a moment's notice to flip the unwary into a lip-trembling world of scuffed knees and Germolene.

For Shed, the motoring equivalent of the Raleigh Chopper would be the MG Midget in which he learnt to drive. His reborn 2020 version, the MG Bodget, would come with pre-sawn subframes for that teeth-clenchingly evocative sound of rending metal every time you hit a bump, plus a bespoke electrical system fabricated from bits of leftover wire and cigarette packet linings authentically gathered from the Abingdon factory floor.

Vauxhall could also strongly compete in this exciting new/old market by reviving the Mark One Vauxhall Viva. The designed-in weakness of this crashingly simple and yet strangely loveable two-box device of the early '60s was a floor of such paper-thin flimsiness that you couldn't just feel the road, in the right conditions and with the sun at the right angle, you could practically see it.

Shed will never forget the day he watched his Dad jack up the family Viva for some essential maintenance. The jack worked perfectly, its pillar rising smoothly in response to Shed Senior's easy pumping action. Unfortunately the car didn't take the hint, remaining resolutely on terra firma throughout the whole operation. Perforated sills were the norm rather than the exception in those days, as was poverty, which is why Shed's Dad carried on regardless in his holey Viva, glorying in the windchime drone which varied in pitch according to speed and introducing his short-trousered son to the manly delights of blue legs in winter.

If you've stuck it out this far, well done. Shed would like to reward you with an example of either of these British classics plucked from the PH Classifieds, but there are none, so here's a Toyota Corolla instead. It's been sitting in PH Classifieds for so long, Shed has been feeling sorry for it for a long time and it's about time it was given its place in the sun.

If Toyota was selling these new off the showroom floor at say £7,995, wouldn't you be tempted? If the answer to that is two words, the second one being 'off', how about £1,290? Shed isn't saying that the two-owner car you're looking at here is new, but it does look incredibly fresh for a 20-year-old. The MOT reports indicate it's had new springs all round in the last four years. Apart from that, the worst thing that's happened to it has been light corrosion to the brake pipes and to the fuel filler neck, both fixed. £160 a year tax, 40mpg, buttons for insurance, and as much grey plastic and velour as you can eat. Lovely. OK, not lovely, but surely a prime entry for a (postponed) Festival of the Unexceptional, and guiltlessly inoffensive transportation between now and then.