A Volkswagen VR6 Shed is always a rare find, and especially so buried in a Bora - tempted? 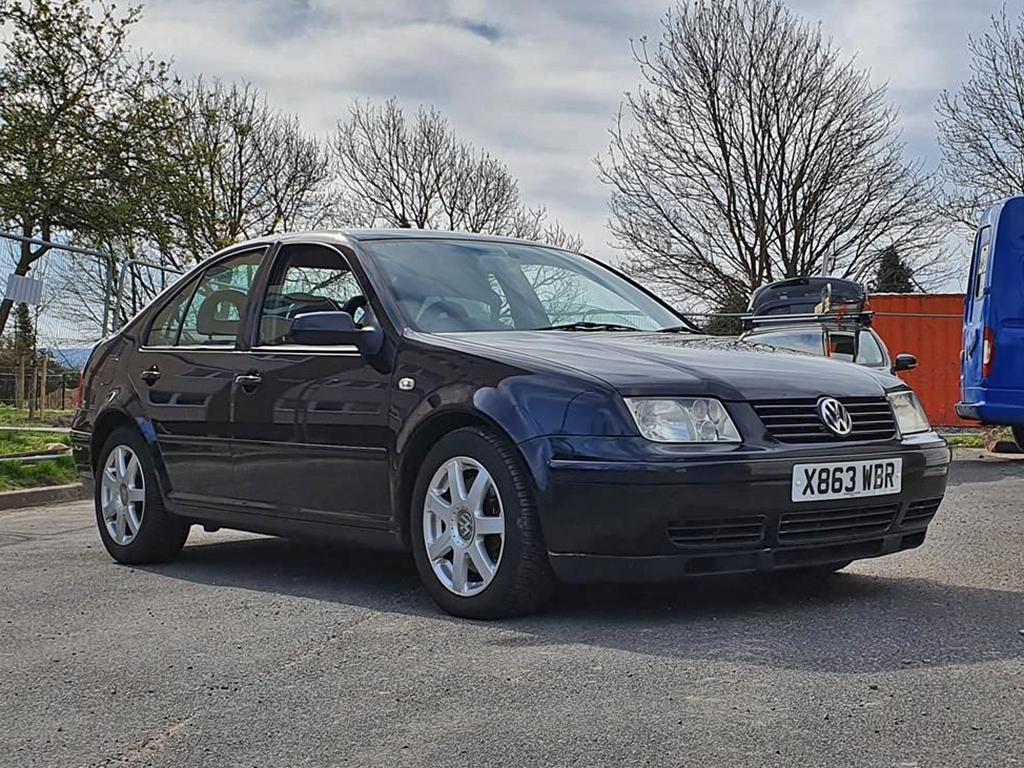 Yes, yes, we know this is the second VW in two weeks, but Shed can't dictate where the bones will fall when they are cast into the dust by the great celestial used car shaman. Plus, VR6s don't pitch up very often nowadays, especially in Bora form, so the arrival of this one during lockdown just can't be ignored - even though it is a mega-miler.

228,000 miles is a fair score by any standards. It's 'motorway mileage' though, racked up by just three owners including the current one. The question of car mileage will generally provoke a lively discussion in the pub, if only we were allowed to go into one, but is 'motorway mileage' really better mileage than ordinary mileage? They used to say it was, based on the notion that rather than getting all hot and bothered in stop-start town conditions over poxy roads, the motorway-haunting car will always be running at steady (albeit higher) revs on generally smooth surfaces with a nice flow of cooling air coming in through the grille - but is that really a valid argument these days?

Point is of course that this Bora isn't from these days, it's from those days, so maybe that motorway miles thing holds good. If we do accept the idea, what's the exact relationship between motorway miles and regular ones? Is there a formula we can apply to it, you know, like 1.5 to 1 or something? Is this VW's 228,000 miles actually equivalent to 152,000 normal ones? It's still a lot, but not as big a lot as before.

At this point Shed is reminded of his motorcycling days in South Africa when he used to go out riding with big blokes who swore by BMW flat twins. Actually, they would swear by anything, shops, bars, supermarket trolleys, they really weren't fussy about where they did it. The one thing they were religious about on big motorway journeys was knocking the throttle off for a couple of seconds every fifty miles or so, supposedly to give their engines a chance to suck a bit more oil into their bores. Shed was more impressionable back then and thought it sounded technical enough to make sense. Ever since then he will occasionally tap off when out cruising on UK M-ways, though he has no real idea whether it makes any difference and often wonders if he is the only person doing it. If you think you might like to try it, always check your rear-view mirror first.

Anyway, let's get back from that borer to the Bora you're looking at now.

Valet nerds will no doubt have their own view on this next bit but the droplet formation shown on some of the pics seems to confirm the vendor's keenness on waxing off his bodywork. Shed is no expert on these matters. The only time he uses wax is when he lights a short candle to find his way up the stairs, on account of how Mrs Shed doesn't believe in wasting money on electric, or indeed gas, to light the family hovel. As a result, Shed doesn't get droplets on his cars, just puddles where rainwater has settled in the larger bodywork depressions.

This Bora was due an MOT in April but it seems to have had a Covid extension to October. The last test had advisories for gungey headlight lenses, a slightly blowy exhaust and a slightly wobbly front lower arm ball joint, all pretty minor stuff. Unsurprisingly given the mileage, the service book is full, but you'd like to think that the seller has kept the paperwork for any overspill work.

What sort of things might that work have covered? Well, like any German car of this era you'll get blown coil packs. More specifically to this car, overheating can happen when the fans fail, usually as a result of a blown strip fuse. Replacing that fuse may bring the high fan speed back, but the long-term cure is to replace the fans which involves moving a lot of the front end of the car out of the way. It's a £600 job all in. Sensors fail too and can be a pain to put right.

Other than that, the problems you'll get with these cars will tend to be wear-related rather than generic. The narrow angle of the VR6 vee meant that one cylinder head took care of both banks of cylinders, so only two camshafts were needed whether it was for the early (pre-Bora) 12-valve motors or the 1999-on 24-valve rocker-operated engines like our shed's. Timing is by chain and the guides and tensioners can wear out at the 100,000 mark, but 4Motion transfer cases and driveshafts have a good reputation for strength. The Haldex system likes an oil and filter change every 60,000 miles.

Don't buy one of these expecting it to be some kind of fire-breathing maniac. Despite our Bora's headline power figure of 204hp it's more of a cruiser than bruiser. You have to wind it up to 6,000rpm to get the power, and although you'll then be able to dust off 0-62 sprints in the mid-sevens, you'll pay hard at the pumps, and the normal urban use figure is already 18mpg so it's anyone's guess what you could get that down (or up) to. Mind you, petrol is under a pound a litre now, so maybe this is the time to buy.