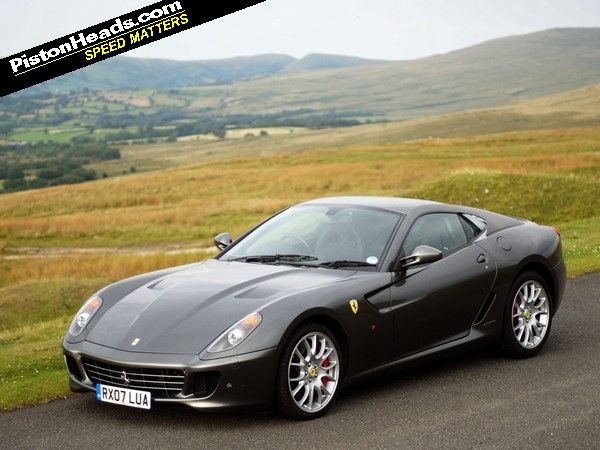 I feel I should adopt the livid, spittle-flecked expression of one J Nicholson before telling you what it is many of you really want to know about owning a 599 for 10 months - namely how much it actually cost. "You want the truth? You can't handle the truth!"

It's certainly not easy for me to digest.

At the outset I refused to divulge the exact price I paid for the car, but I can now tell you that the 599 has been sold and the costs are as follows. Brace yourselves. 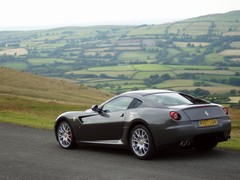 You've had the dream bit, now comes the reality

The car depreciated £6,000 in 10 months, and this included me striking a good deal and buying a car with plenty of outstanding warranty, one which had been recently serviced. The monthly rental charges were £308.41, 10 of them make just over £3,000 and I had to throw a couple of tyres at it last summer. Factor in the insurance and that's £10,000 for around 3,000 miles. Now, how the hell can I justify this?

In pure monetary terms I can't. I basically called it wrong because I thought 599s looked great value last summer, but there are loads of them about and even if you have a decent relationship with your Ferrari dealer, as I do, then they quite understandably want their chunk of flesh on the way in, and the way out. Those coffee machines don't pay for themselves you know.

But it isn't quite as simple as the headline figures would suggest. There's also the cost of the major service the car is due and the warranty to factor in. The former is £1,990, so if we subtract that from the depreciation cost, and add the Power Train warranty renewal for £2,821 we reveal a less shocking figure. That last number appears absurd until you think just how much a new motor would cost if the unthinkable happened. Not that it would, these V12s appear to be very strong. 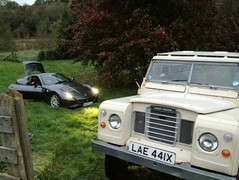 When we consider those two amounts within the depreciation sum, the number drops from £6K to less than £2K, leaving us with the truly spellbinding discovery that running a V12 Ferrari costs a sum not unadjacent to 'a sh*t load of money'. In other words, if I'd kept it, I would have spent £4.5K just to maintain the car as it was when I bought it. You learn something new every day folks.

Do I regret it?

Not at all. I expected to lose money on the car, perhaps not quite as much as I did, but I wanted to own and use a 599, have it parked in the garage primed for that early morning drive, and I have done just that. My only regret is that I didn't do more miles in it because I don't think it would have affected the value of the car too much, but it wasn't the most practical car to take on shoots so I couldn't use it as often as I would have liked.

It is testament to how special the car feels that regardless of what newer, potentially faster machine I'd been filming, the 599 always felt pathologically fast. In fact it never felt anything less than unhinged in second and third gears on UK roads. I loved the cabin, the shape and design of the seats, the vast yellow rev-counter. I loved climbing into it at night and blasting back from the airport when the roads were empty as it just chewed the miles like they were insignificant.

I never liked the gearbox. I learned to tolerate it, but driving a 458 back to back confirmed that this generation of automated manual 'boxes will be despised in future years. I can see 599s dropping even further because of the unfriendly transmission whereas the rare manual cars could end up being very valuable as the last manual V12 Berlinetta to leave the factory. Didn't DK Engineering flog one for some vast price recently?

It never failed to complete a journey (I know, hardly a skill in a £90K-ish motor, but my 612 was much more temperamental), the odd warning light burst into action but would soon disappear. I also found the integrated trickle charger thing to be completely incomprehensible but the lads at Dick Lovett reckoned it was operator error. My record in this area is not good, so I have to accept that might be the case.

With the 599 I felt I was actually involved in a relationship with an engine. So dominant is that lightly detuned Enzo V12 that it perfectly mirrored the time-worn cliche about Ferrari charging you all that cash for the motor and throwing the rest in for free. Of course this completely undersells the rest of the 599, but anyone who travelled in it just couldn't believe the sheer motive force of the thing, nor the noise it made with the exhaust valves wide open. To my shame I never went more than an indicated 190mph in it, but it was still pulling.

Even in an age of BMW Ms and AMGs, the fuel economy was tragic. I never saw more than 14mpg and this tumbled into single-figures if your right shoe moved within inches of the right pedal. But who cares? It's a V12 Ferrari.

The 599 was a practical car too. Compared to an F-Type, the boot was enormous, there was loads of space on the rear shelf for stuff to be strapped onto and the cabin always felt incredibly special. Apart from being faster than light, this is the 599's killer showroom appeal as a used car: sit in a 991 and then move to a used 599 and the difference in leather, ambience and design will immediately make many people want the Ferrari more.

And they will not be disappointed. It cost me a chunk of money I can't really justify, but I expected as much. I love cars, I wanted to own a 599 - not borrow a press car for a week - and that's the decision I made. I don't regret it for a minute.

The question now is, what next?