Liveried up (and named too!), Jesse heads to Snetterton for his latest Escort adventure 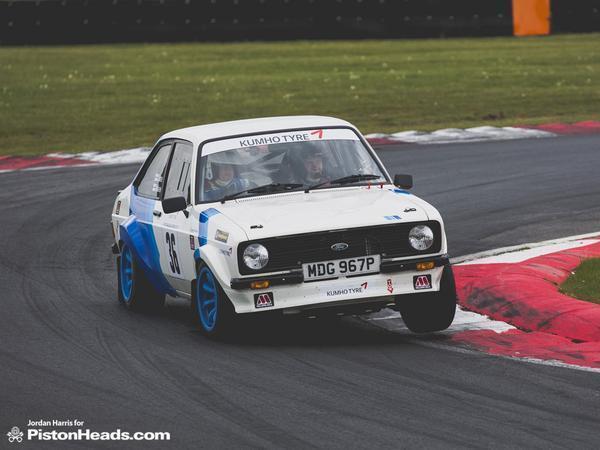 So what do we think of the new colour scheme? It's a derivative of an original works colour scheme from back in the day, with a matching treatment at the front. With design help from co-driver Mike Askew, and some tips from him on using automotive vinyl, I got it striped-up in the rally shed over a few weekends and named as well: 'Scorty McScortface'.

This time we were competing in the Bolton Midnight Stages rally at Snetterton. It was our first time there and also the final round of the Motorsport News Circuit Rally Championship. As I forgot to supply any seeding information on the entry form we were starting way down at 36. This could mean traffic, but we just had to hope for the best. 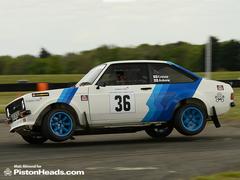 The weather was fine and dry, so I went for the usual tyre option of Kumho Ecsta C03 moulded slicks with the super-soft K12 compound at the front and the K22 soft compound behind. I ran the super-soft all round at Donington previously but with the all the grunt from the engine going through the rears, they were getting a tad hot and the handling a bit lairy. The firmer compound on the rear would cure that while giving maximum possible grip.

At the start of Special Stage 1, we learned that a previous car had dumped the contents of its gearbox on at turn two. We merged behind a car seeded above us but going slower and immediately found oil at turn one but not turn two. The combination of all three hampered the time on the first lap but we still managed to pull up to 12th overall at the end of that first stage.

From then on we both got stuck in to pull our way up, but it was tough going as we had a rapid top 10 ahead including the championship contenders. On SS5 we had a near spin in the twiddly bit at the back of the circuit; it only cost us four seconds, but that was enough to drop us two places - the competition was that close! 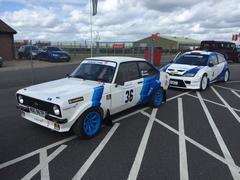 Quite the family tree

Then on SS7 we noticed a terrible smell in the car. With a short turn around we just had time to jack the Escort up for a quick inspection and couldn't see anything wrong. Were we not wearing helmets with our hearing cocooned by the intercom, we'd have noticed the rasping noise coming from beneath the car. Unbeknown to us, the cause was a split in the top of the centre silencer. On SS8, the smell got worse, smoke started to fill the cabin and we were forced to retire, the top 10 of a national championship event tantalisingly close.

Back in the pit garage, we found the centre exhaust box had split completely in two, the hot exhaust roasting the floorpan directly below the Varley Red Top racing battery. Back at base, the stink turned out to be from a roasted silicon pad on which the battery was sitting. With the floor repainted and the exhaust repaired, McScortface is now fixed and ready for the off again. As usual, I can't wait.

Watch the onboard video

Previous updates:
Jesse's new Escort in all its 313hp glory
First run at Castle Combe for the new RS
First competitive outing and the RS is flying
Slithery winter conditions reveal the ferocious side
Choosing tyres for a 300hp Escort. In hail...