Ever wondered if a Sega Rally machine would look good in your garage? PH investigates... 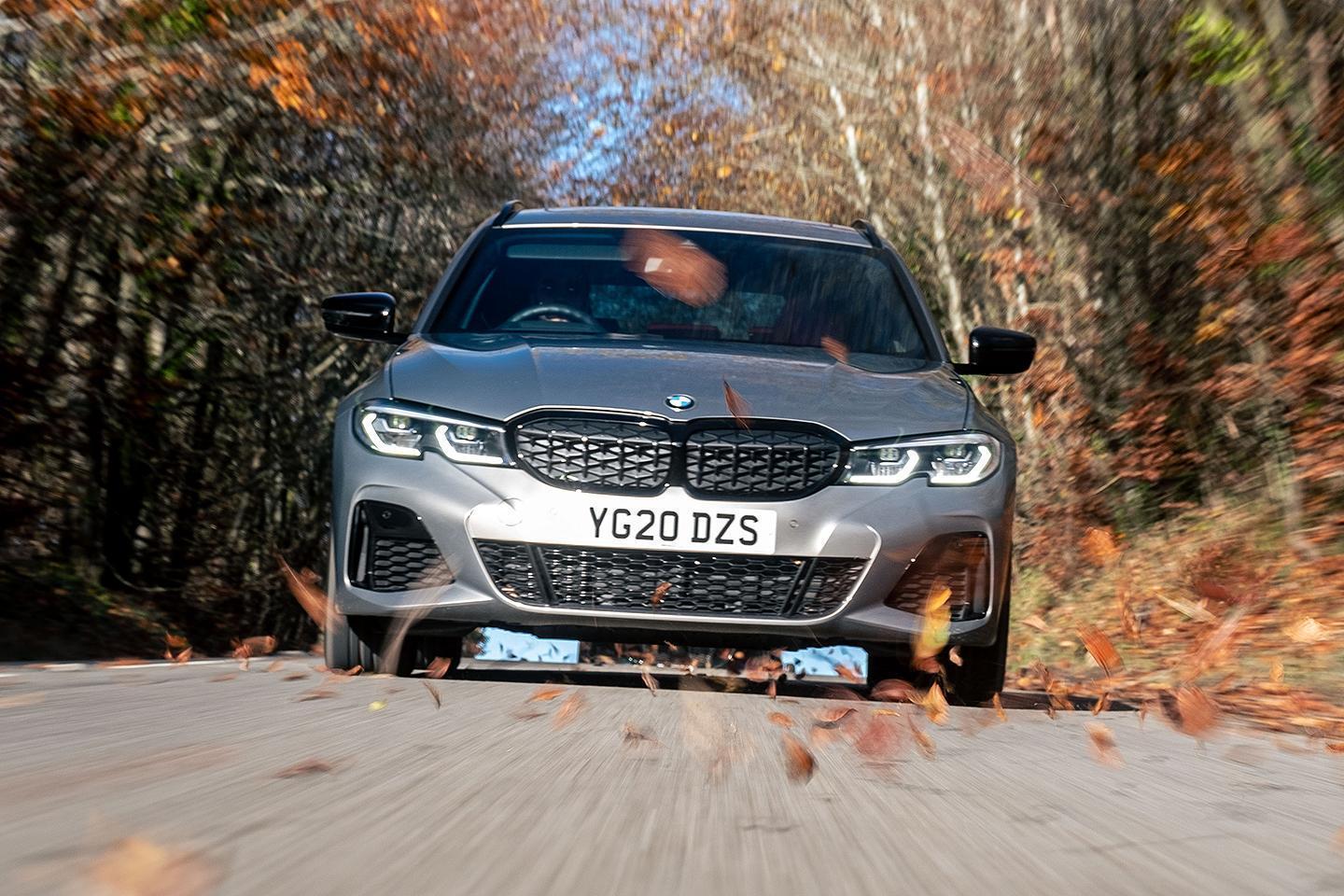 Finally I got to spend half a day in the M340d's company last week. I've being using the car as much as the current rules allow, but there's only so much that can be gleaned from local roads - and the M340d is built to crush continents, not nip to the dump (although it does this terrifically well).

A four-hour roundtrip up the M40 was just what the doctor ordered. (Literally if you factor in the Covid test administered halfway round.) I like the M40. It is apparently immune to the misguided nannying of the smart motorway era. It is old school and takes no prisoners. People drive up the M1 like catatonics. People drive down the M40 like their kitchen is on fire.

The M340d could not have been more at home. It is outside lane aristocracy, after all. Truthfully 516lb ft of torque is a useful commodity in most situations, but on the motorway it's like applying silicon grease to your progress. The car doesn't waft precisely, it's more chiseled than that. But the feeling of high-speed stability is implacable. Only one problem: in my excitement, I forgot to zero the trip so cannot report on the M340d's fabled touring economy. I'll do better next time. Thank goodness the opportunity is just around the corner.

It's easy to pine for the old days of fast cars, as it is the old days of anything really, but the more time I spend with the Civic - which isn't much at the moment, granted - the more I'm convinced we're living through a golden period.

Actually, let's rephrase that: a golden period for Japanese fast cars. Because the Civic is imbued with some old Type R character, revvy and immediate and exciting, but is also extremely well built, integrates driver assist tech better than rivals and is genuinely vast inside. It proves that old school thrills can be successfully fused with modern sensibilities. At the same money buyers can also have a Toyota Yaris GR, excitement around which shows no signs of abating - and nor should it, either. As manufacturers across the world cull fun projects in the name of sustainable mobility (or make interesting ideas very dull realities), so the Japanese are gleefully proving that the two can be pursued simultaneously - perhaps the hybrid bandwagon should have been hopped on sooner by all.

There's more, too, of course: the MX-5 is as good as it has been in 30 years, the Lexus LC500 makes a 911 seem as fun as home schooling and Nissan, against all good logic, will still sell you a GT-R. All of them, Civic included, make the driver a priority in some form or another, which makes all the difference when journeys are limited to essential motorway dawdles or click and collect drives where nothing warms up. Speaking of which, I've found the Civic's most notable flaw in recent days - there isn't a heated seat option. Maybe something of greater significance will emerge by the next update. I wouldn't bank on it, though...

I’m normally giddy like a kid before Christmas at this time of year as it's become routine for me to awaken the Clio and get it MOT’d in time for spring. But 2021 is different because it calls for the 182’s dreaded belts service, a major job that comes around every five years and requires a specialist thanks to the F4R motor’s ultra-sensitivity to timing. The mechanic needs a specific tool to get the job done properly, and it’s not made any easier by the lack of wriggle room in the little Mk2 Clio’s engine bay. It’s a full day’s work. And £700 all in.

Once the work’s done, though, at least I can enjoy what looks set to become a much freer summer safe in the knowledge the 182 is mechanically sound. Touch wood. It’s received an aesthetic boost during its winter slumber, too, thanks to the harness mentioned in the last update and, more recently, a freshly flocked dash top and A-pillar trims. The work was done by the very skilful Nikki at Banbury Flocking Services, and to me it’s absolutely transformed the Clio’s interior. The furry black coating has positively renewed a dash top that was looking increasingly dull – and it’s added an extra dose of motorsport to the cabin theme. Which I obviously love.

Next on the list is fitting the PMS strut brace, which I chose over other options on the aftermarket because it bolts directly onto PMS’s solid top mounts, a pair of which are conveniently already fitted to my car. Other braces that attach to the strut towers aren’t considered as effective because there’s little movement in these areas anyway. The forums would have me believe PMS’s top mount design provides the biggest improvements, especially when fitted to a car with an uprated steering rack bush. Naturally, I have one of those to go on, too. Hashtag steering feel. In an ideal world, I’d be adding a Quaife limited-slip diff into the equation as well. But maybe that’s one the bank balance of 2022 will be better equipped to handle...

Any proper PHer needs a garage, and luckily I have a double. The problem with garages is that some people want to convert half of it into another room in the house. Or it is where my wife likes to dump things (because out of sight, out of mind). I am probably not unique in having a monthly ritual that involves removing everything from the garage and re-inserting it Tetris-style to keep the area for my cars intact. Unusually, last month it was not my wife challenging the hallowed space, it was Ben Lowden of the PH parish.

Knowing my fondness for nineties rally cars, Ben decided I needed a Lancia Integrale and Toyota Celica in my garage; unfortunately for me it came in the form of a Sega Rally Machine that he needed storing before selling on eBay. Its presence meant that the actual nineties ‘rally’ car I keep in there - my Subaru WRX STi wagon - needed to come out. That meant a trip to the driveway, which felt like a risk after I'd taken the gamble of not insuring it last year while it's SORN.

Previously I paid £500; partly because I was starting my no claims bonus from scratch with it being my fourth car, but also because it has a few mods that make it very hard to use comparison websites. I was planning to do the phone around again, but PistonHeads has recently partnered with a new service to compare modified car insurances and it came up trumps - £250 for the year! Sold. Now there's no more excuses to get the SORN removed and get it out for some springtime fun. Cheers, Ben.

After what felt like the longest winter in history, I'm glad spring is finally here. In the six months I’ve owned GJ65 BYO, I’ve finally ticked over 1,000 miles following a trip to Revo with Sam to photograph a couple of their demonstrators. A Renaultsport Megane is by no means a luxurious barge for long journeys but for the first time in a year, I was more than happy to set my alarm for 6am to hit the M25.

Barely driving anywhere at all in 2020 has really made me appreciate every mile, even if it is on the motorway. While a Flame Red Megane 275 Cup-S went straight to the top of my attainable dream car list when it was unveiled in 2015, I’ve been battling with myself on what to do it. I feel guilty having so much money tied up in something that barely moves and I’m sure I’m not the only one. The prospect of track days and road trips later this year is wearing away that niggle; we will get back to normality eventually.

My list of things to do has been gradually getting longer; with front brake discs, pads and a new thermostat sat waiting in boxes since January for warmer weather to appear. Now that’s here, I’ll be cracking out the spanners on the weekend - probably as you read this...