The whole world wants one, we're told - so we got one. Now to find out if it's worth all the fuss... 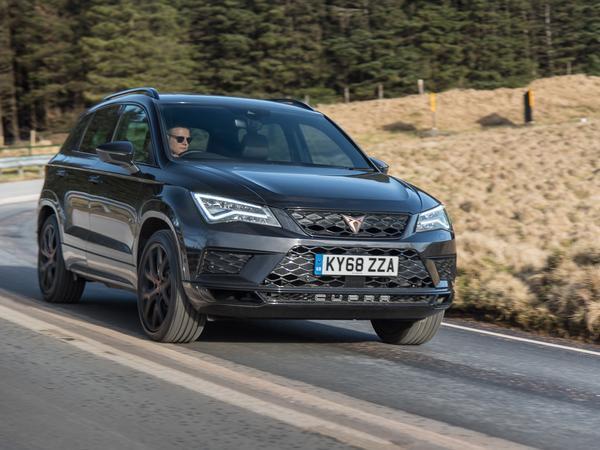 A new addition to the PH Fleet arrives this week in the form of the Cupra Ateca. More product is following fast on the heels of the brand's very first model - including the Terramar, which features a bespoke design - but for now the turbocharged Ateca is the only thing on the menu, and as such shoulders responsibility for setting the Cupra tone going forward.

It does this with the classic VW Group combo of EA888 engine and MQB platform. In this application the familiar 2.0-litre unit puts out 300hp and 295lb ft for a 0-62 time of 5.2 seconds and a top speed of 154mph. Weighing in at 1,632kg it's not exactly a bantamweight contender but it's hardly overly portly either, with only 130kg separating it and the Volkswagen Golf R.

So it'll be capable, then. But with stats like that will it be any more successful as a Cupra than it would have been as a SEAT? Personally, I think it probably will. Whether it's to your taste or not the merit in creating an alternative Cupra 'lifestyle' brand is obvious enough; who'd bet against the bronze-wheeled and Transformer-badged Cupra appealing to an untapped market segment that wouldn't look twice at a standard Ateca? The number of people who've already approached me to enquire about the car suggests that its maker is onto a winner.

To those not so enamoured with the marque's aesthetic, the pricing (£35,900 OTR) performance and practicality ought to do the trick. It may not have the unwaveringly planted cross-country ability of a Golf R, but the Cupra Ateca certainly possesses a healthy turn of pace and, when the need arose to transport four adults down the M4 for a long weekend, it offered luggage- and leg-room to spare.

Of course, I can hear the cries of "just buy a fast estate" already, and SEAT certainly makes a perfectly decent one of those. But the reality is that a majority of modern buyers would simply rather have the extra ground-clearance, ride height and visibility that a compact SUV offers. And, having come to terms with the fact that performance SUVs are going to exist whether we like it or not, I think the Ateca is a thoroughly worthy candidate for the go-faster treatment.

Its relatively compact proportions and minimal weight gain mean that it doesn't require a space shuttle's worth of physics-battling technology to keep it on the road - which also helps to keep the price down - and when you're faced with an oncoming ambulance on Richmond Bridge, the ability to hop up onto the sort of kerb that would foil a lower-riding hatchback is not to be sniffed at.

So it's very early days, but the Ateca is already proving easy to live with, and, at least in the realms of eye-wateringly expensive performance SUVs, it probably represents decent value for money. The coming months will reveal if the car can live up to its do-it-all billing, or if the charm will wear off sooner than hoped. Either way, the Cupra is about to find itself among plenty of new rivals, and how it stacks up against them will determine not just how successful it is as a new model, but also provide the benchmark for future wearers of the badge. One to keep an eye on, then.