One look at the size of the Harris fleet proves Chris is a serial car buyer, but far from a serial car seller... 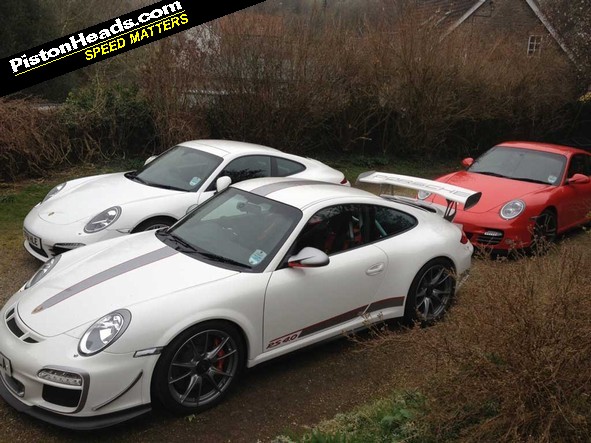 I do not collect cars, I accumulate them (

sorry - we should correct that headline, really - Ed

). The reasons for buying them are varied, the transactions mostly straightforward and despite the completely haphazard approach, like any male of the species, I like to kid myself that everything happens according to a broader, more meaningful plan. 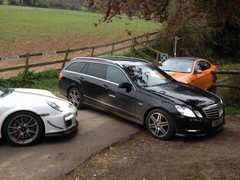 It's not all Porsches

What's the retail on one of those?

Like most people, I cannot afford most of the cars I want (1974 911 3.0 RS, 288 GTO, Sport Quattro). Now and again I will succumb to the evils of finance to bag a 'must-have', but that doesn't really fall under the category of 'accumulating', because the ownership period is determined by how long I can stomach the monthly payments.

The list
Currently, in my shed and littering the odd local garage storage yard and my driveway, I own (rent) the following: 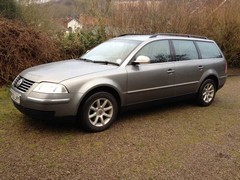 Lot of estates, though...

That's the first time I've ever written down a list of my collected rubbish. I suppose it looks quite ridiculous - it does to me. As you can see, the majority of it carries very little value, but oddly those are the ones I'm most attached to. I'd get quite angry if someone attempted to remove my 205 XS.

Going to plan
Is there really a grand plan? Yes. Within the next five years I would like to have a shed that contains examples of many of the most significant cars from my life to date, but also stuff that just takes my fancy. Almost all of it is quite affordable. I also like owning cars that I can kid myself cover every possible motoring eventuality - 4x4s for winter, sports cars for fun, a fast saloon for longer journeys, etc. Of course, that is the most romanticised of notions, because the buggers are never all taxed and running at the same time. Still, we live in hope. 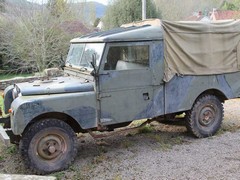 Not everything's in *cough* perfect nick

I'm absolutely hopeless at keeping up with the paperwork and some things haven't moved for a while. Rousing them tends to induce a large bill.

2012: what's in and what's out
First out of the blocks, now that the weather has turned, is the M5. That's about to get some TLC because I want to use it this summer as it's so damn fast and cool. The Passat gets used quite frequently, as does the Range Rover in the winter months, but it'll now head into SORN hibernation until November.

The Landie is a project soon to be fully documented on PH - it needs a new chassis - but I think some kind of Defender is a prerequisite for any accumulation of cars - and I love the fact this one will be capable of carrying 10 people to the pub. It might need a V8 to manage that. I bought it as an MOT failure and it hasn't moved for 18 months. It's bang outside the front door - Mrs H remains remarkably calm about the situation. 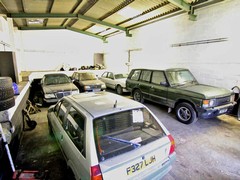 And storage can be an issue

I am mildly obsessed with old French death-traps. These were the cars I spent my formative driving years and, in the absence of the guiding hand of other family members, I'd probably try to bag an example of every decent French hatchback. If I was ever to fall into the trap of 'collecting', this would be my thing. As it is, the XS and the GT are the two that have always ticked all the boxes for me. Both are exceptionally direct.

W124 makes you play golf
Using the responses of friends and family to the Merc convertible as a guide, I must own a W124 cab to keep them amused. It doesn't get used much, but it's a stunning machine and a complete change from the stuff I knock about in on a daily basis. I love my job, I love doing silly things on circuits in 500hp monsters for videographers, but sometimes I just like to get in my W124 and go and play golf. There - I've said it. Is that worse than admitting using finance on PH? 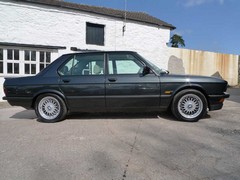 M5 soon to come out of hibernation

, and can read more in the summer,

the Porsche I am of course completely obsessed by

- though I view it as a temporary resident because the finance costs are staggering - and the Mercedes E-Class wagon has always been the best, big family estate car. Which is why we're currently on our fourth.

The editor has told me that I am to keep you informed of all fleet movements and shenanigans from this day forward. Some of it will amuse you while I quietly weep, and vice versa.