The world has gone mad. Also, Rapide values now overlap with those of the Cygnet 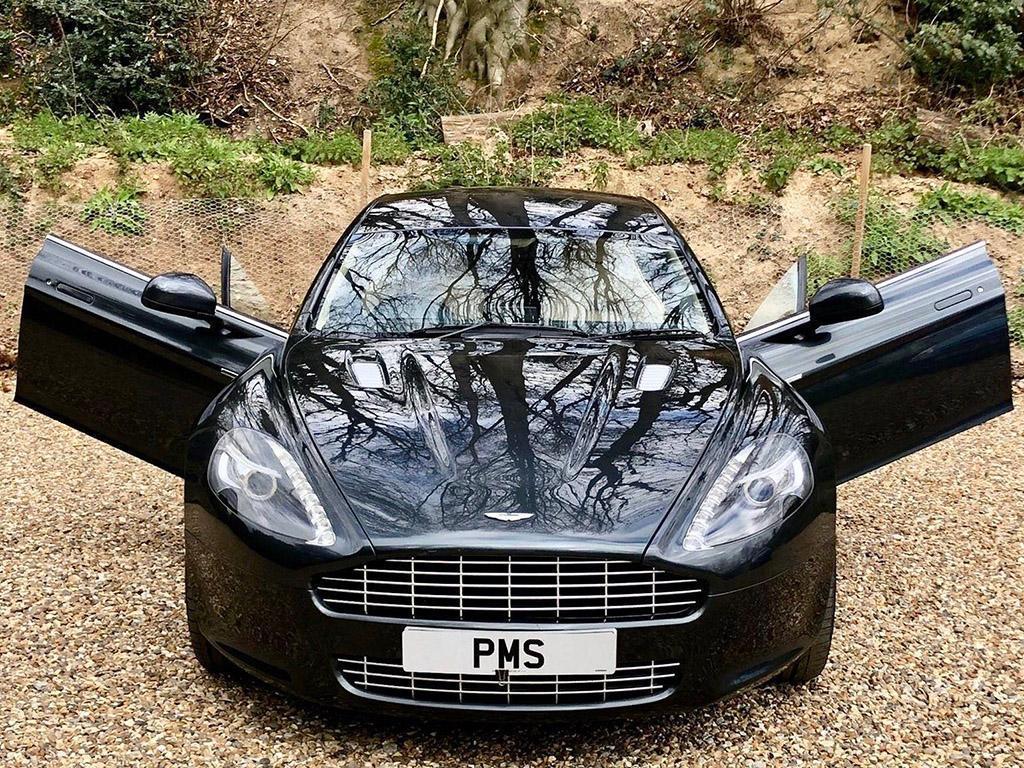 The eddies, currents and occasional rip-tides of pricing trends for used cars have long given entertainment to those who spend too much of our time watching them, but often bring chin-scratching bewilderment as well. Different bits of the secondhand market move at different speeds, and often in radically different directions. The values of what were once direct rivals can end up massively apart and, conversely, the prices being asked for cars that both logic and emotion suggest should be on opposite sides of the ocean can be nearly identical.

It might seem unfair to start by writing about the Aston Martin Cygnet rather than the Rapide that actually brings us here, but that's the strange position the rules of supply and demand have put us into. The Rapide remains one of the most original things that Aston - or any other luxury maker - has done for several decades, a seductively gorgeous four-door coupe that comes with a melodious, muscular V12 engine capable of making both 470hp and flesh tingle. The Cygnet remains the brand's ugliest duckling, a desperate attempt to raise cash (and lower average emissions) by Astonizing a Toyota iQ with a new front end posher trim, while keeping the base car's 97hp 1.3-litre four-cylinder engine.

It's easy to be rude about the Cygnet - less shooting fish in a barrel than grenading them in a pint pot - but its limited success when new has turned it into the most residually robust Aston of recent years. These days collectors will fight to add an example of the oddball to their paddock, a well-known Aston specialist admitted last year he has a waiting list for them, and asking prices are still close to what the car cost new. Meaning they now overlap with the earliest examples of the Rapide. Be honest, which would you rather have?

While the Rapide is a stunning piece of design, it is also proof of the power of lateral thinking in the face of limited resources. The idea of a four-door Aston came from the very top, with the manufacturer's then-boss Ulrich Bez reckoning it was essential to unlock sales in those parts of the world where the rear seat was more important than the front. But early 'noughties Aston didn't have a platform to build a conventional saloon on, and getting one would have required either huge spend or collaboration with another carmaker.

Instead Aston took the simpler, braver approach of effectively adding an extension to the existing DB9, with a 250mm stretch in wheelbase, two rear doors and a long, gently tapered liftback - all sitting on the same VH bonded aluminium architecture as the existing line-up. The result could well have looked like a lash-up, but the reality was anything but, Marek Reichmann's team delivering a design that looked stunning. Despite being one of the first four-door coupes, the Rapide is still high on the list of best-looking.

But although gorgeous, the practicality of Dr. Bez's original brief had only been partially delivered. Nobody much bigger than a leprechaun was going to mistake the Rapide for a spacious limo, with the back having both limited headroom and the further encroachment of a substantial centre console between the two seats needed to make space for the torque tube and rear-mounted gearbox. The high glassline also added to the sense of mild claustrophobia for anyone spending more than brief periods in the rear.

On the plus side, it definitely drove like an Aston - the extra size and mass doing little to diminish the Rapide's dynamic behaviour when compared to the DB9. The V12 remains one of the great Aston engines, with enough low-down muscle to paper over the sometimes leisurely responses of the six-speed autobox, and an operatic top-end encouraging harder use. You'd be hard-pressed to find a better-sounding four-door.

Granted, the Rapide didn't change direction with quite as much enthusiasm as its two-door sisters, but it still felt remarkably athletic for something of its shape and size - an impression helped by the lowness of the seating position. It was certainly much fleeter of foot than most of the similarly powerful saloon alternatives at the time. Cruising refinement was excellent, too. I once did Geneva to Calais in a Rapide S with only the need to refuel preventing me from doing the 500 miles in a single sitting - the tank's impressive 91-litre capacity was offset against MPG that struggled to rise above the mid teens, even on a French Autoroute cruise.

While it was a very fine car, the Rapide was never the commercial success Aston had hoped it would be. Early cars were built by Magna Steyr in Austria, with the corporate ambition being to make up to 2000 a year. That didn't happen, and by 2011 numbers had fallen to barely more than half of that and Aston chose to repatriate production to Gaydon the following year, spending around £10m to buy itself out of its deal with Magna. Yet although sales continued to decline, the Rapide enjoyed a loyal (if small) following to keep it alive, even as Aston moved to its new platform and twin-turbocharged V12. Indeed the last-of-line AMR variant is still listed on the Aston website, making this the first Pill to still be in nominal production.

While running costs for any Aston are high, those for the V12-powered models frequently bring the need for bottled oxygen and a team of Sherpas (as in a metaphorical requirement for expert Himalayan porters rather than Leyland vans). Beyond the Rapide's predictable enthusiasm for 98-RON it will also require frequent and expensive servicing, while out-of-routine bills when things break or wear out are likely to get distant neighbours complaining about loud swearing when the garage phones to drop the bad news.

Our Pill is the cheapest currently in the classifieds, wearing a £33,925 price tag that - if realised - means it has lost more than three quarters of its value in just ten years. The enticing valuation seems mostly down to having covered 92,000 miles - evidence of having been properly enjoyed, but still above market average for an early Rapide. The advert description is shouting in ALL CAPS but reveals the car is wearing what would have been the pricey option of Tempest Blue special order paint with a matching blue and magnolia (officially "Cream Truffle") interior plus the rear seat entertainment and the bangin' Bang & Olufsen sound system. The vendor also claims a full Aston service history.

Despite obscured plates we've sneaked a peek at the car's MOT history which supports the mileage and lists various advisories for brakes, tyres and misted shock absorbers. There was also a straight fail in March with a burning check engine light and excessive carbon monoxide emissions, but those have subsequently been sorted with a pass earlier this month unsullied by any provisos. Running a Rapide will never be a drama-free, but it will always be exciting - not a word that could naturally be applied to the Cygnet that would cost you nearly the same.