The 612 might not be hugely pretty, but it's deeply charismatic, nonetheless - especially with three pedals...

Bearing in mind that front-engined Ferraris shed cash like sanctioned Russian oligarchs, you might wonder why I’ve chosen this one, which hasn’t. At a cool £129,990, it’s one of the priciest in the classifieds right now and it's not even had the decency to halve in value. I mean, excuse me? 612s achieved that financial miracle by the time the front tyres had breached the forecourt’s bounds for the first time. And while it wasn’t exactly high-volume, there are more than a dozen 612s listed on PH, mostly between £50,000 and £80,000 - so why this one?

I’ll tell ya why: it’s a manual. And the percentage of 612s that left Maranello’s gates with a gated lever and a third pedal, was, according to the Internet, six. Six per cent, or in units, we’re talking a piffling 199 of the 3,025 made. That’s the other reason why I chose this particular car, because it’s very rare. So rare, in fact, that in all my time I don’t recall ever seeing a manual 612, and I’ve never driven one.

I have driven plenty of 612s, though, and liked them a lot. Sure, they were big and weighty – not far off five metres and two tonnes – but there was a reason for this: they had four seats that you could use. Only just, to be fair, but I have personally had four adults in a 612 and everyone survived without injury. I don’t think there was even a panic attack from claustrophobia, although to be honest, I may have missed it if there was.

That’s because the 612, despite its vastness, was a sweet-old thing to drive and therefore all consuming. Why? Well, another reason for its length – and why the bonnet is so enormous the 612 could’ve easily substituted for the Turbo Terrific in Whacky Races – was due to the location of its engine. Now, Ferrari said it was in the middle. Most of us would say it was in the front, though, unless you are determined to reject the evidence of your own eyes and ears, because when you popped the bonnet that’s where it sat. But it was aft of the front axle, while the gearbox was just in front of the rear one. This meant all the heavy bits were within the wheelbase and that did wonders for the 612’s weight distribution and agility.

From behind the wheel, the 612 felt much smaller than it was. With its superb balance and wonderfully direct, quick-smart steering, it wrapped itself around you like a friendly python. This wasn’t its only trick, though. Do you remember Clarkson racing one to Verbier against a plane? Well, he said afterwards that the 612 was “An astonishing bit of kit. On the motorway it’s really, really quiet and really comfortable (…windscreen wiper issue aside). Then you get to the Alpine pass and it’s a full-on snarling Ferrari – a brilliant thing”. That’s all true, it was indeed.

The only issue I ever remember having in a 612 – the only time a little bit of poo came out while driving one – was caused by the brakes on a top-speed run. Actually, that’s a little unfair because it was caused by me. You see, the straight I was using was never going to be long enough to qualify the factory’s claim of 199mph. I was simply going to see what it would do in the space available, but then I let my OCD get the better of me. Approaching the point when I knew I needed to give up the accelerator, I looked down and saw 183mph. Well, my inner voice was very clear: “That’s an awkward number; 185mph is much nicer.”  So, yes, I kept my foot in for just that second or so needed to hit that ‘magic’ number, then stamped on the brakes hard.

Now, I wasn’t worried for the first few seconds, because the 612 was slowing down pretty well to begin with. Then the heat started to build, to what I assume was earth-core levels because the rate of retardation evaporated alarmingly. And at this point there was still just under a hundred clicks still to shave off so I was convinced we were going to overshoot the Tarmac and hit something hard. In the end, it was so, so close: I made it with just a foot or two to spare and was swallowed up by mixture of relief and plumes of acrid smoke. What an idiot.

As I’ve said numerous times, I have absolutely no beef with the F1 ‘boxes fitted to these or any other Ferrari of the period. Yet there is something very special about the clickety-clack of an open gate, isn’t there? Imagine it now: the prospect of those constant mechanical inputs along a snaking mountain pass, each one acting like a firebreak between the flare of the V12 raging to its 8,000rpm limit. Oh my, it’s making me smile just thinking about it.

Yes, I know there’s the 612’s looks to get past. When it arrived in 2004 I also wondered what the hell Ken Okuyama was thinking – it was pretty vinegary, to say the least. But within a few years it had started to mature and, these days, I think it’s bordering on vintage. Rosso Corsa is a little obvious, perhaps, but the Ferrari shields, red calipers and 20-inch Challenge wheels maximise its visual appeal. So there you go, the 612 Scaglietti: without doubt one of the more controversial Ferraris to look at, but also one the unquestionably brilliant ones to drive. I love it. 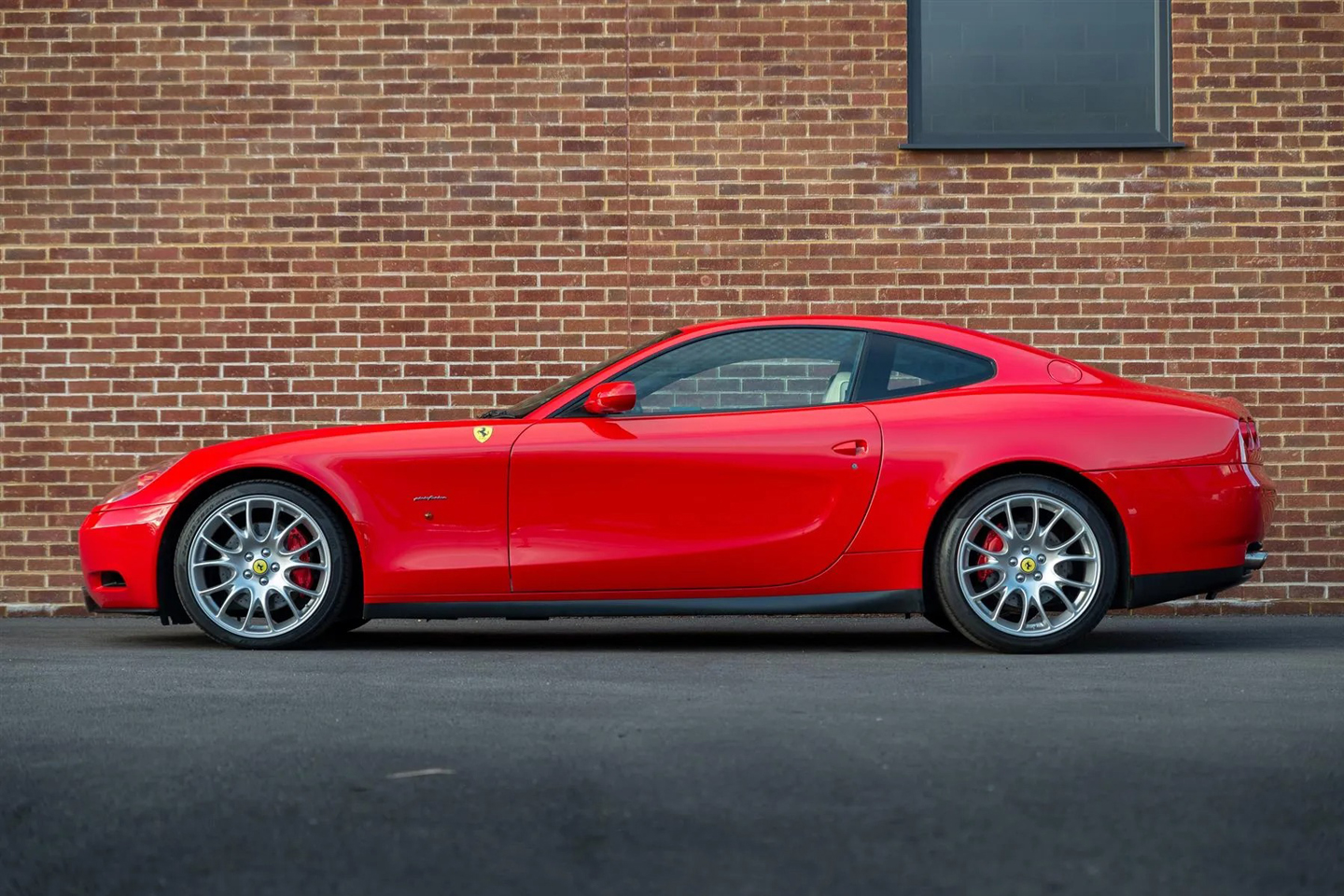 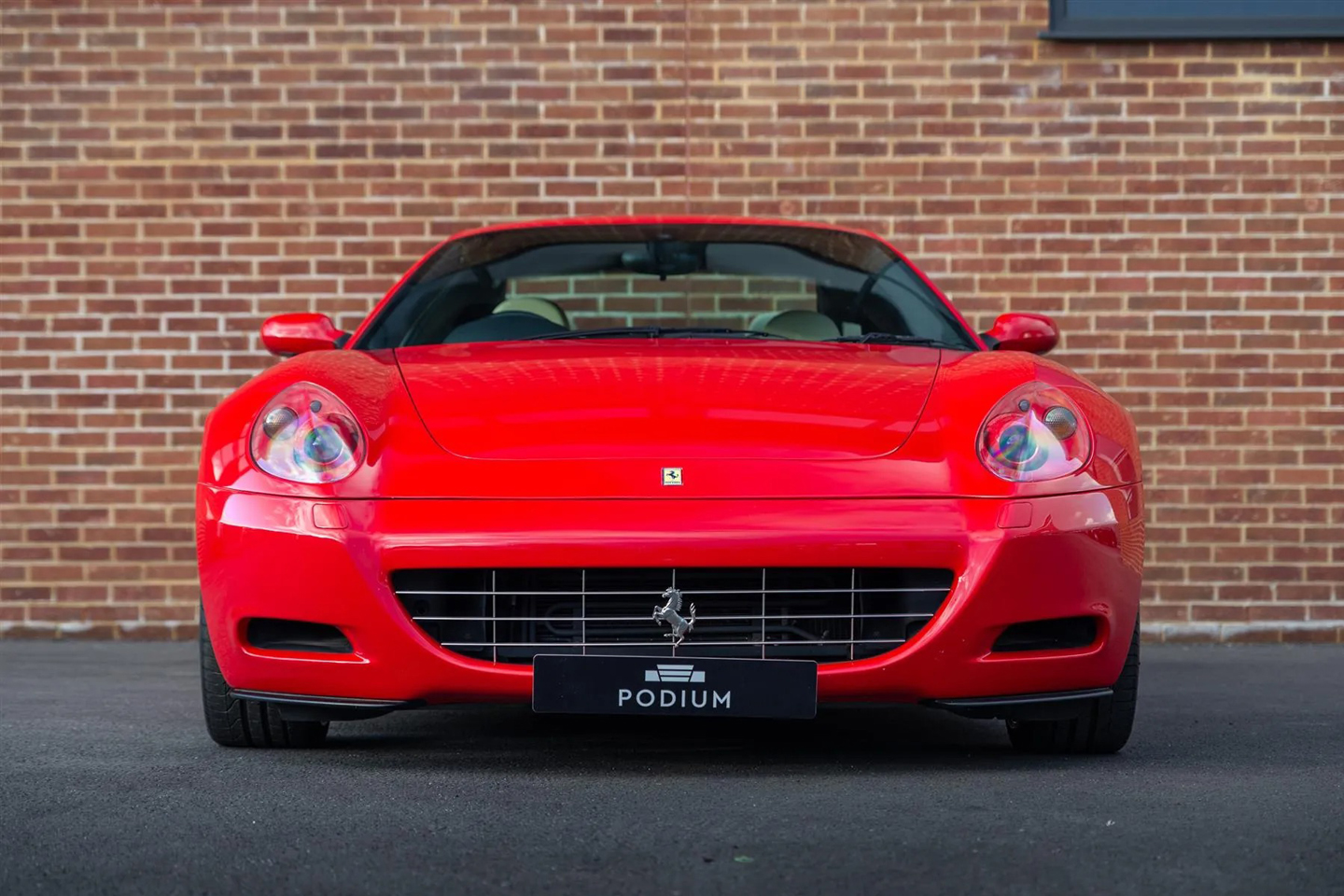 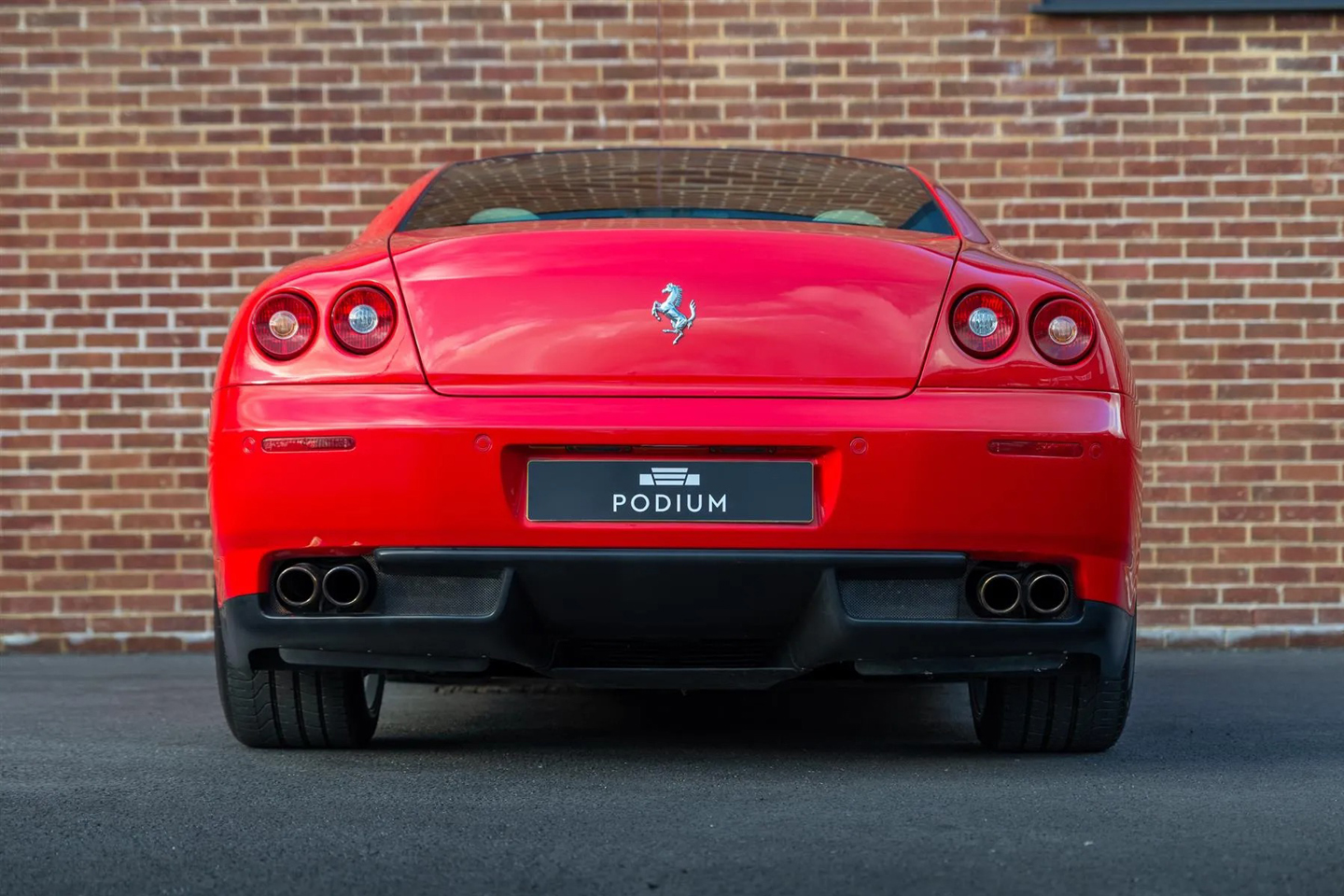 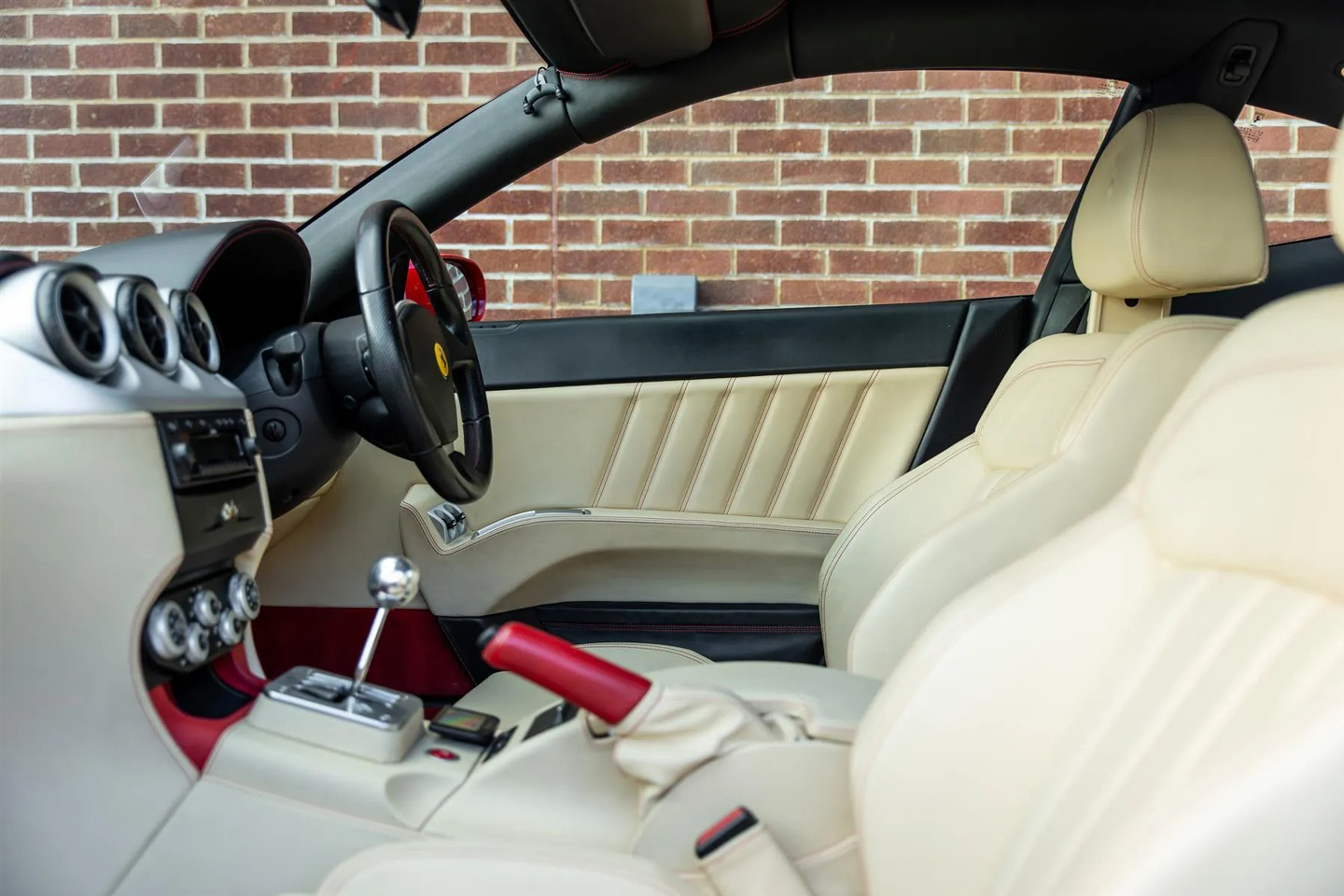